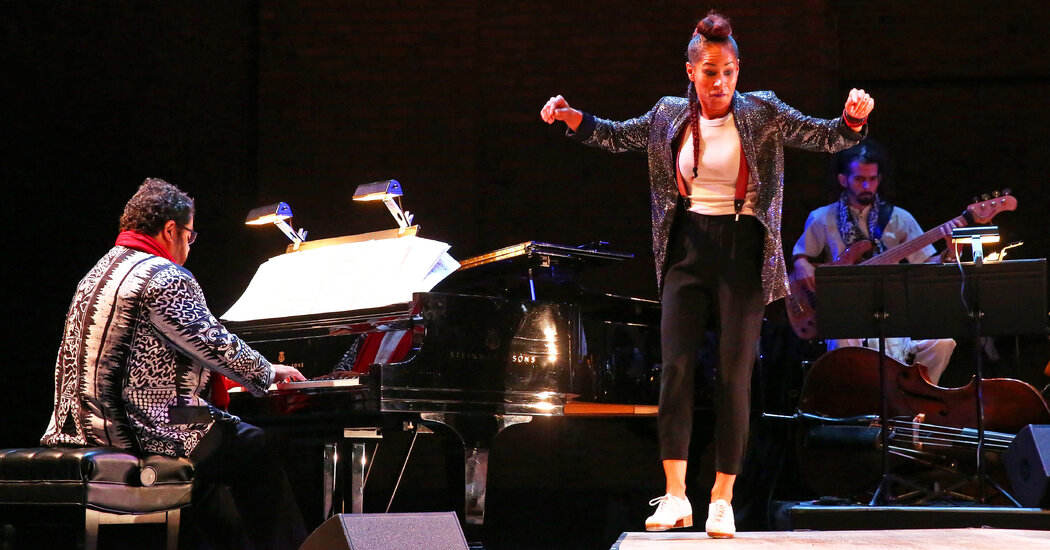 Ayodele Casel will debut a new work in April as a part of the Joyce Theater’s online spring season. The piece follows Ms. Casel’s acclaimed collaboration with the jazz pianist-composer Arturo O’Farrill, at the Joyce in 2019.

The spring slate also includes new performances by the Brooklyn-based troupe Ballez; Ephrat Asherie Dance; and Dormeshia, Jason Samuels Smith and Derick K. Grant. Ballez’s performance of “Giselle of Loneliness,” originally scheduled for the Joyce’s 2020 Pride Festival, will be livestreamed and then made available on demand; the others will be filmed onstage and lightly edited before being released.

Dance returned to the Joyce in October, with several performers, including Sara Mearns and Shamel Pitts, performing Molissa Fenley’s 1988 solo “State of Darkness” on the theater’s stage for a video compilation. Since then, Pam Tanowitz Dance and Ronald K. Brown’s company Evidence have livestreamed performances from the theater, in Chelsea.

“The livestreams feel like a really big step,” Aaron Mattocks, the Joyce’s director of programming, said in an interview. “It has been important for the field, to get some of these companies back working and to show that’s it’s possible.”

But staging work solely for virtual audiences, he added, was expensive and “the return is very, very minimal.”

“I don’t think it’s a sustainable model for the future,” he said.

In addition to the performances recorded at the theater, the Joyce will stream digital programs throughout the spring, from the Paris Opera Ballet, Batsheva Dance Company, Step Afrika!, Trisha Brown Dance Company and others.

More information, including the full schedule, is at joyce.org.