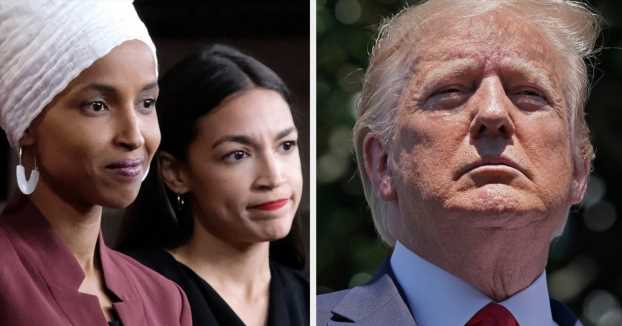 The resolution says that Trump’s tweets “have legitimized and increased fear and hatred of new Americans and people of color.” 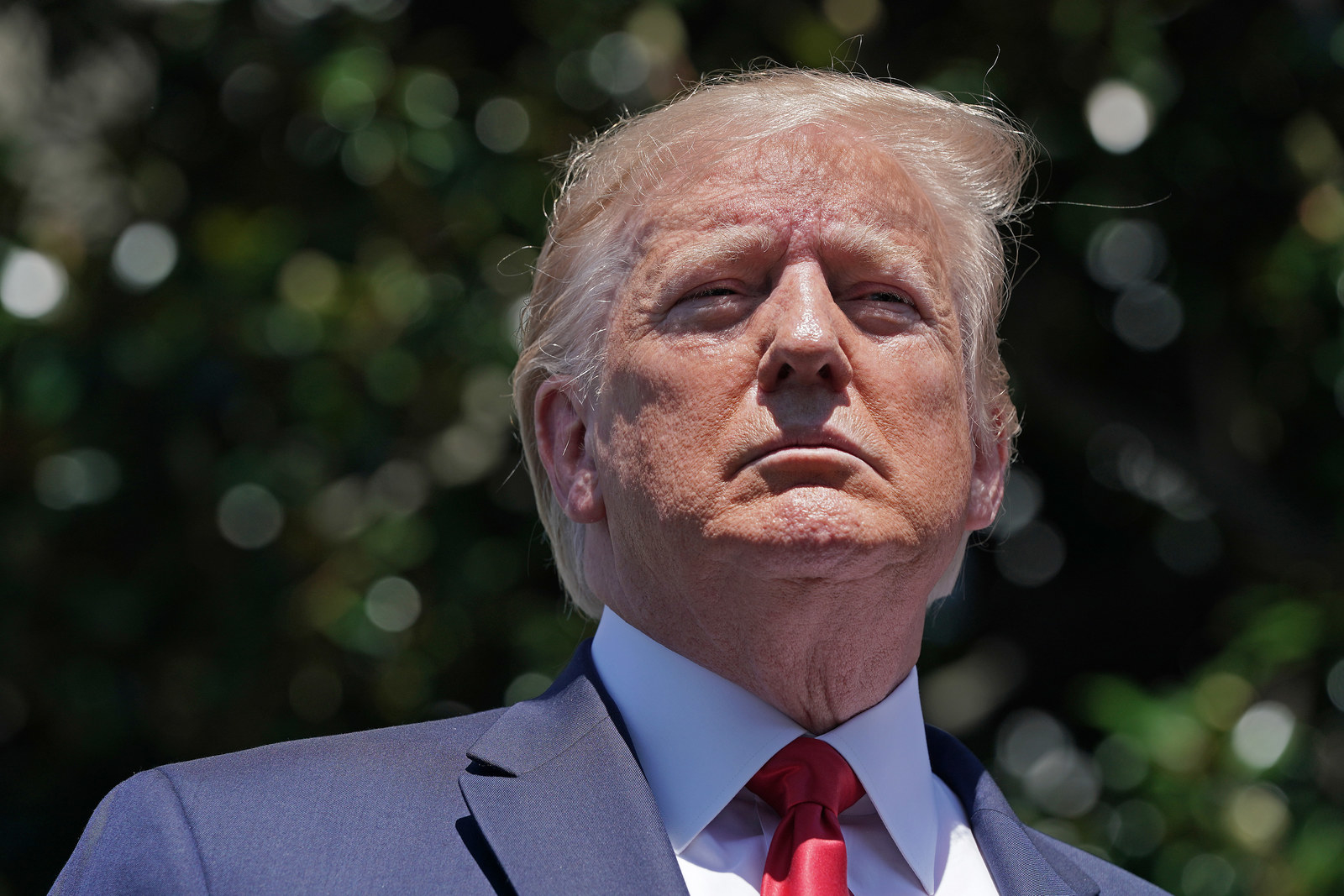 The resolution passed with overwhelming Democratic support 240–187; and only four Republicans — Reps. Will Hurd, Fred Upton, Brian Fitzpatrick, and Susan Brooks — as well as Rep. Justin Amash, a new independent who recently left the Republican Party, voted in favor.

The resolution, according to a copy obtained by BuzzFeed News, formally says that the House “strongly condemns President Donald Trump’s racist comments that have legitimized and increased fear and hatred of new Americans and people of color by saying that our fellow Americans who are immigrants, and those who may look to the President like immigrants, should ‘go back’ to other countries.”

It also states that the House “believes that immigrants and their descendants have made America stronger, and that those who take the oath of citizenship are every bit as American as those whose families have lived in the United States for many generations.”

The resolution was quickly drafted and passed following a series of Trump tweets over the weekend about Reps. Alexandria Ocasio-Cortez, Ilhan Omar, Rashida Tlaib, and Ayanna Pressley, a high-profile group of progressives who call themselves “the Squad.” (The resolution does not name the members directly.)

“So sad to see the Democrats sticking up for people who speak so badly of our Country and who, in addition, hate Israel with a true and unbridled passion. Whenever confronted, they call their adversaries, including Nancy Pelosi, ‘RACIST,’” Trump tweeted, apparently referencing a comment Ocasio-Cortez made about feeling that Pelosi targets women of color in the caucus. “Their disgusting language … and the many terrible things they say about the United States must not be allowed to go unchallenged.”

He added, “Why don’t they go back and help fix the totally broken and crime infested places from which they came.”

The first-year Democrats responded at a press conference Monday evening, where Omar called Trump’s remarks “the agenda of white nationalist[s].” 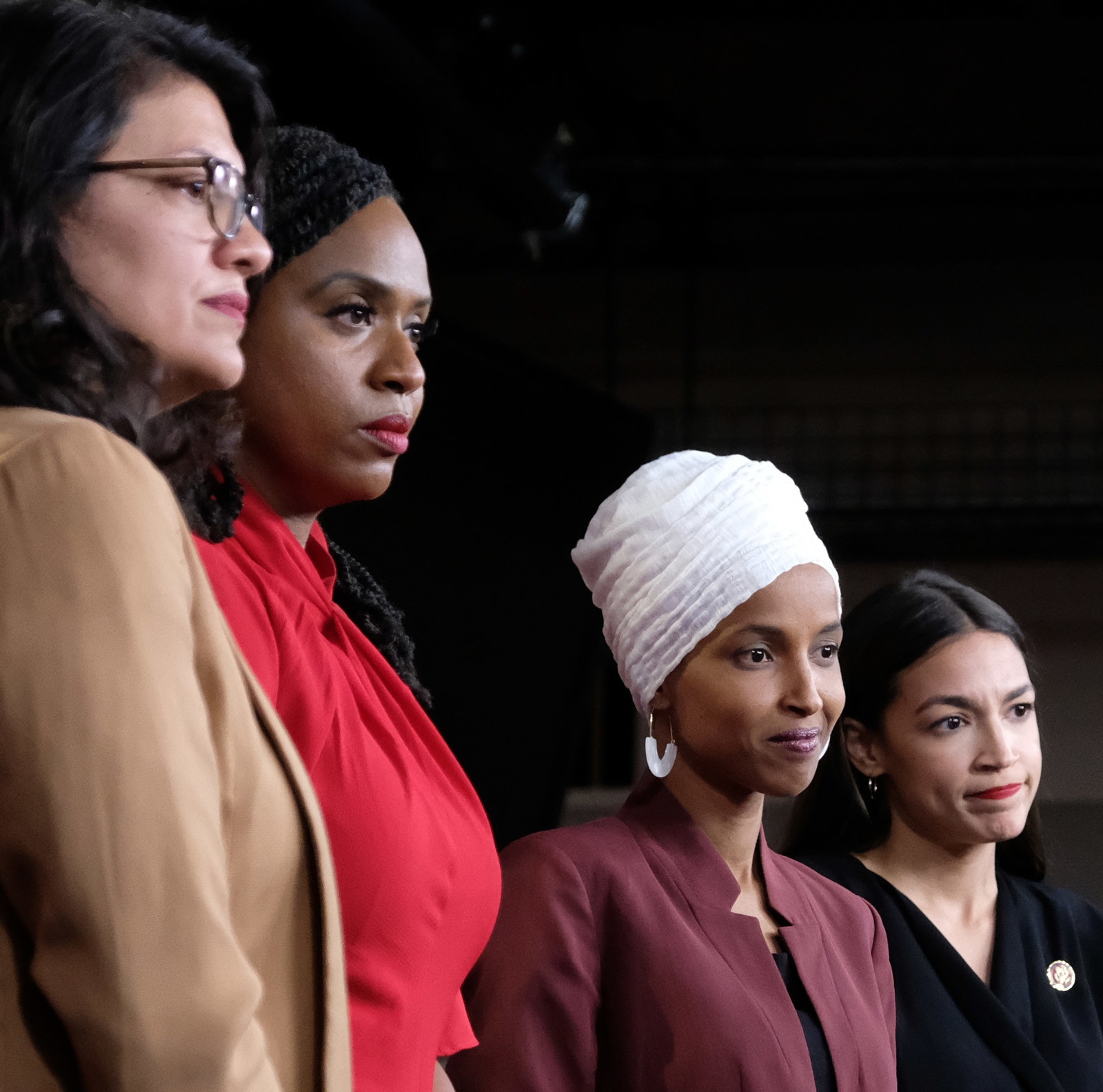 The resolution comes at something of an awkward time for House Democrats, who have been feuding publicly in recent weeks. Last month, despite resistance from progressives, Pelosi got behind the Republican-led Senate version of a border spending bill, which the House ultimately passed. Ocasio-Cortez, Omar, Tlaib, and Pressley all voted against the bill, and have continued to speak publicly about their concerns with the measure.

“We didn’t even bother to negotiate,” Ocasio-Cortez told CNN. The bill, she said, was “completely irresponsible to the American people and to those kids on the border.”

Then, earlier this month in an interview with the New York Times, Pelosi was asked about tensions with the four congresswomen after they voted against the bill. “All these people have their public whatever and their Twitter world,” the speaker said. “But they didn’t have any following. They’re four people, and that’s how many votes they got.”

The comment sparked days of infighting — until Trump’s racist remarks over the weekend forced the entire Democratic caucus to rally.

“These are our sisters. The fact is, as offended as we are — and we are offended by what he said about our sisters — he says that about people every day. And they feel as hurt as we do about somebody in our family having this offense against them,” Pelosi said in the party’s caucus meeting Tuesday morning, according to a Democratic source in the room.

Some Democrats, like Tennessee Rep. Steve Cohen, have argued the resolution on Thursday does not go far enough, pushing instead for the House to censure Trump for the tweets. House leadership has pushed back against the idea, saying a resolution would accomplish functionally the same goal and may even pick up Republican votes.

But the language in the resolution has created some drama. On the House floor ahead of the vote Tuesday, Pelosi said the tweets from the president were “racist,” infuriating House Republicans who said her comment was against the rules of the chamber and needed to be struck down.

At one point, the fighting on the floor got so intense that Rep. Emanuel Cleaver gave up presiding over the chamber and dropped the gavel, saying, “I abandon the chair.”