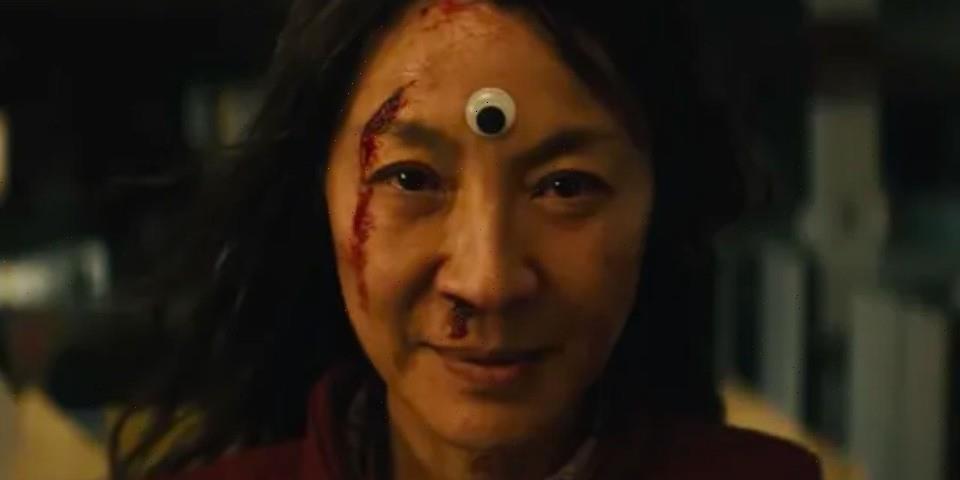 A24 on Tuesday shared the first official trailer for Everything Everywhere All at Once, an upcoming sci-fi adventure film from Daniel Kwan and Daniel Scheinert.

In the movie, Michelle Yeoh stars as Mrs. Wang, “an exhausted Chinese American woman who can’t seem to finish her taxes,” according to A24’s brief synopsis.

The trailer begins as Wang discusses her finances with a concerned and hardly recognizable Jamie Lee Curtis. “Now, you may only see a pile of receipts, but I see a story,” Curtis says. “I can see where this story is going. It does not look good.”

Wang is then thrust into the “multiverse,” where she discovers thousands of different versions of herself, and she is able to access the skills and memories from each variation of her identity. While there, Wang is tasked with vanquishing a “great evil” that is plaguing the alternate universes.

“There’s a great evil spreading throughout the many [universes],” a character depicted by Ke Huy Quan explains to her, “and you may be our only chance of stopping it.”

Everything Everywhere All at Once will open the 29th SXSW Film Festival on March 11, before its widespread release on March 25, 2022.

In case you missed it, Snoop Dogg and 50 Cent are producing a new drama series, titled Murder Was the Case.
Source: Read Full Article