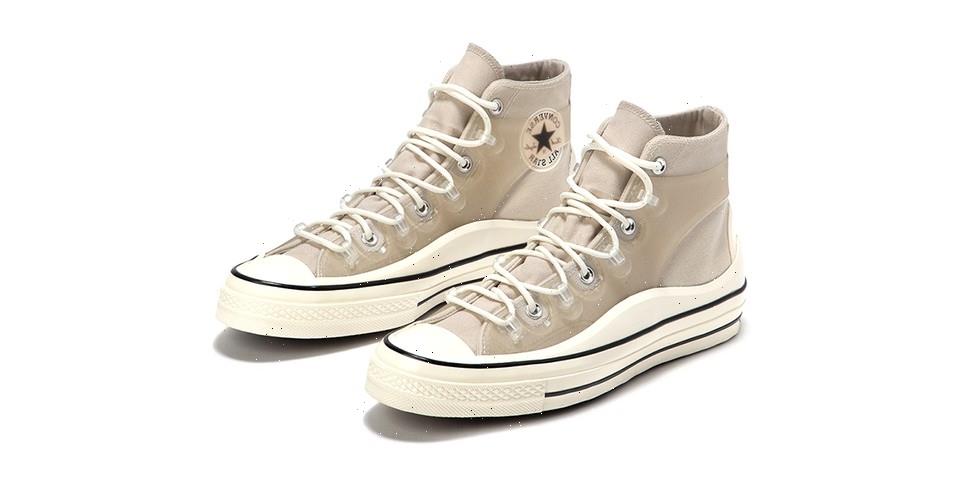 When it comes to rolling out new sneaker silhouettes, sometimes it can be more effective to first introduce it in collaborative form to draw more attention from consumers and then save its GR colorways for later. And that’s exactly what Converse has done with its Chuck 70 Utility as after first launching the model in partnership with luxury designer Kim Jones, the lifestyle kicks are now being fashioned in an inline “String/Egret” color scheme.

Versatility is the key for this new Converse-crafted installment as it is solely reliant on neutral tones. The canvas uppers are done up with a “String” tone, and come accented with translucent cages that start out on the forefoot and gradually escalate to the heels where they wrap around the back. “Egret” accents are present on the laces, medial side’s Chuck Taylor logos, the elongated midsoles, the latter of which both have black trimming. Additionally, the eyelets also somewhat provide some extra contrasting as they appear with metallic silver finishes. Down below, the second midsole stripe and the bumper banners also come readied usher in more solid black hits.

Looking to add these to your rotation? You can find them in stock now on the HBX store for $128 USD.