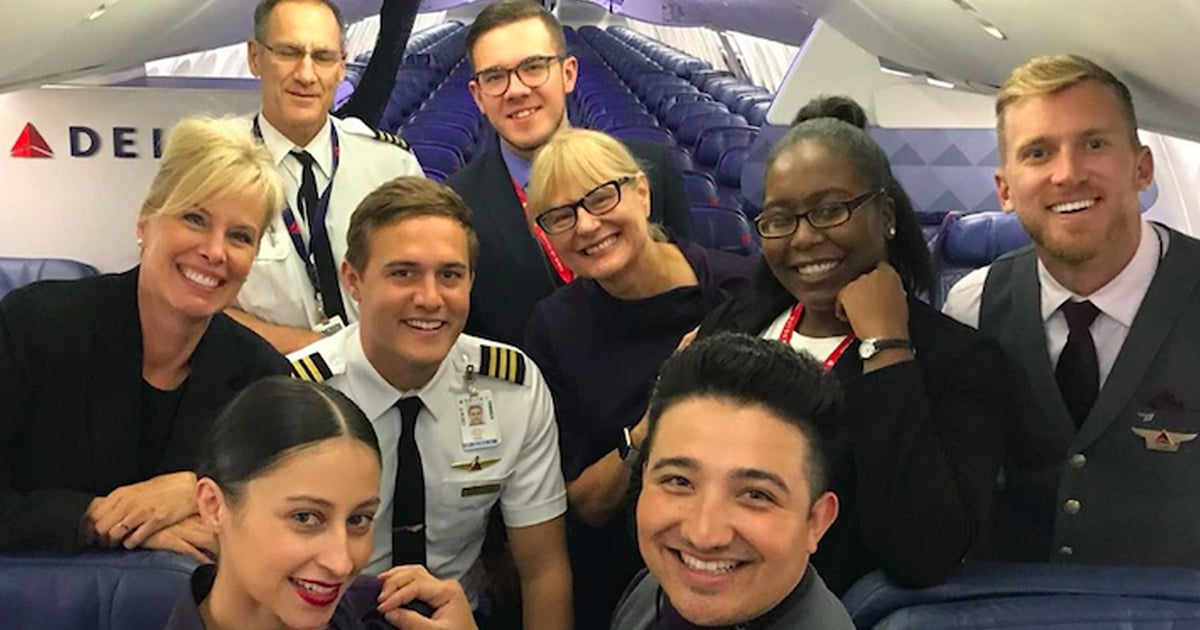 As we watch Peter Weber’s connection grow stronger with Hannah Brown on The Bachelorette, we learn more about his life, family, and passions — which all seem to circle around aviation. After all, what would you expect from Pilot Peter? Since he gave Hannah a personal ride during his hometown date in Westlake Village, CA, we want to know when our turn is! The good news is that there is a very real chance that Peter could be our pilot.

If you don’t already, you might want to start flying with Delta Air Lines. Not only did it rank second in our favorite US-based airlines, but you also run the chance of finding Peter in the cockpit. He recently joined the “Keep Climbing” team, sporting his stripes and hat.

“I’m so ready for this adventure!” Peter captioned an Instagram post in March 2018. “I’ve wanted to become a major airline pilot my entire life and today I’m so excited to announce I’ve accepted an offer to fly for Delta Air Lines. I can’t express my gratitude enough to everyone who’s helped me achieve my dream; thank you a million times. I feel like a little kid right now and I’ll never forget this feeling.”

Before taking flight with Delta, Peter was a captain with Compass Airlines, a regional airline operating on behalf of American Airlines (as American Eagle) and Delta Air Lines (as Delta Connection).

Peter grew up in the aviation world, so it’s no surprise that both he and his brother, Jack, followed suit. Their father is a pilot and their mother was a flight attendant, and they met thousands of feet in the air! Adorable, right?

“I’ve always wanted to be a pilot, ever since I was a little kid,” Peter said on the first episode of The Bachelorette.

Time will tell if Hannah will be Peter’s forever copilot, but we have a suspicion that if things don’t work out, he won’t have to cross the Atlantic to find the woman of his dreams.