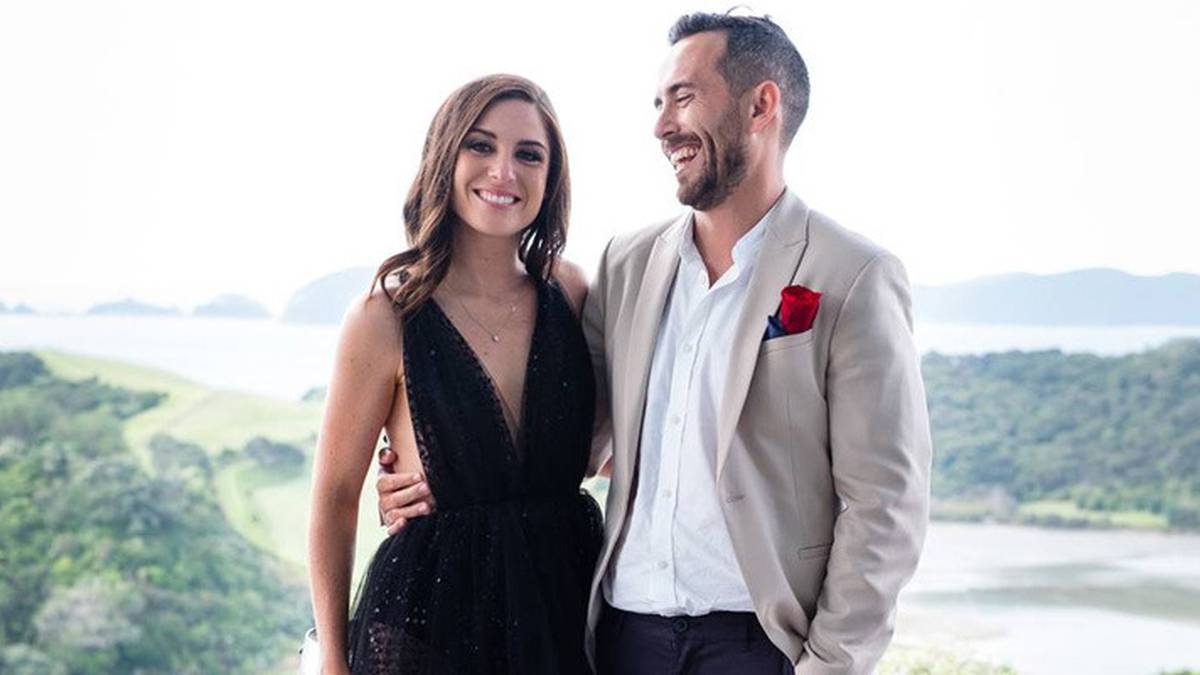 The Bachelorette has made her decision, and now Lexie Brown and Hamish Boyt are embarking on their first days with their relationship in the public eye.

Speaking over Zoom to the Herald in Ōhope, the happy couple shared what it was like being on the show, and how they are doing now that their relationship is out in the open.

“We’re pretty used to each other, we’re just not used to the public knowing,” Brown says.

The pair plan to head back to Auckland after lockdown ends, and have been splitting their time between each of their families in Whangārei and Whakatāne.

“It’s a quite speedy time of growth in a situation like ours. You come off the show and you don’t really know each other,” she adds.

“It’s been awesome actually, we know a lot about each other for a very short period of time together.”

“I realised straight after the show ended it was more real. Now we get to know each other properly,” Boyt says.

The couple is taking their relationship one day at a time. Boyt quips he has not been surprised so far with any of Lexie’s behaviour after the show but has learnt she has a very strong love for peanut butter.

Appearing on a dating reality show in New Zealand hasn’t always been successful for the final couples, and the Bachelorette was conscious things may be very different once the show ends.

Brown explains: “You hear stories, and you can understand how people break up the day after the final rose ceremony because you really don’t know people. I reckon the first 24 hours can be really confronting possibly, depending on who you pick.”

But the Bachelorette was confident with her choices going into the final rose ceremony, and she knew she got to know Boyt and Todd Dialectos well.

“I don’t think there was any way that was going to happen to me, in terms of someone turn out to be a completely different person. We’ve had a great time!”

Boyt was a quiet contender for a while on the show, but he soon impressed Brown with his banter and wit.

“I guess that’s just how I am really,” he admits. “I think we were bantering a lot more [while filming the show] that didn’t get shown a lot.”

Brown explained there weren’t many opportunities for her to interact with the guys off-camera, but there was one special moment between herself and Boyt we didn’t see. They shared an intimate moment off-camera during their heliboarding date.

“It was a very unique time, the cameramen were in another helicopter, and they had to leave to get aerial shots of us. Our on-hill cameraman and our guides went ahead.

“So it was a strange time, it was literally just us on top of the mountain and no one else around. And that’s actually the first time Hamish kissed me.”

For Boyt, who competed on the show with his Northland mate Joe Weck, there was a chance his relationship with Lexie could jeopardise his friendship. But he insists everything is “all good” between them.

Reflecting on her experience on the show, Lexie says she loved every minute of it.

“Overall for me, the experience has been incredibly positive, and you learn a lot about yourself. I’ve made some really great friendships, I’ve met Hamish, and I feel so fortunate to have my family come together and support me,” she says.

Boyt jokes he would not go on another dating show given the chance, because then he may not have met Lexie.

When asked how her family reacted to her choice, she turns the laptop camera around to where her Nan and Pop are sitting on the couch. Viewers will recognise them from the show when Lexie introduced Hamish and Todd to them during home visits.

It’s been a similar experience for Hamish with his family too.

“Oh my god, I think they [my family] like her better than me! During the home visits, I’ve never seen the home that clean!”

It won’t be the last we will see of the couple on screen, there is still the After The Final Rose reunion show to film.

“We’re not quite out of the woods yet … but for now we’re just relaxing and enjoying ourselves,” Lexie says.

Can't get enough of The Bachelorette NZ on TVNZ 2?

Catch up with ZM’s Carwen Jones and Celia Whitley as they break it all down in the official podcast, Can I Steal You For A Second? After each episode airs, join the girls as they do a recap and dissect what’s going on. They’re the binge-watching friends you never knew you needed.