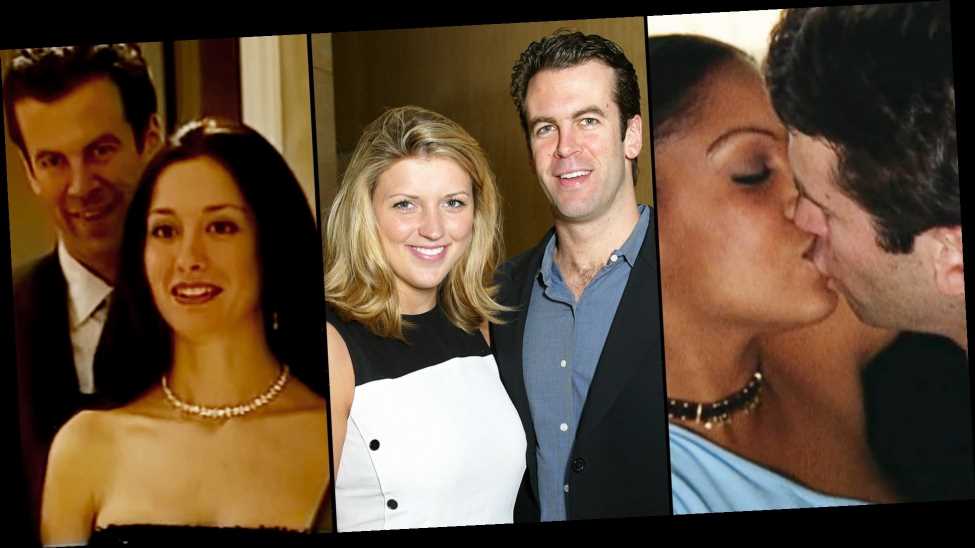 While Alex ultimately picked Amanda, a 23-year-old from Kansas, he opted not to propose during the April 2002 finale. The duo announced their decision to split in early 2003.

“I know people have tried to get ahold of him, and we would have loved to have had him here today, but he’s kind of gone on to live his life,” Chris Harrison said of Alex in 2013. “But, we do owe him a debt of gratitude; he kicked this whole thing off … I don’t blame him [for disappearing]; he’s paid his dues.”

Runner-up Trista, meanwhile, went on to become the first Bachelorette. The Miami Heat dancer, who was 29 years old at the time, launched the Bachelor spinoff in January 2003. Six episodes later, Trista found love with Ryan Sutter, a 28-year-old firefighter from Vail, Colorado.

The couple made history in December 2003 when they tied the knot in front of ABC cameras.

“Nowadays they shoot the show for, I believe, three months. So it’s like 12 weeks,” Trista recalled to Us Weekly exclusively in April 2020. “My show was shot in six weeks. So Ryan and I met, got engaged, got married a year later, after knowing each other for six weeks. So that’s how it used to be.”

ABC aired a condensed version of seasons 1 of The Bachelor and The Bachelorette in July 2020 as part of The Bachelor: The Greatest Seasons — Ever!. Trista previously admitted to Us that they barely knew what “reality television was back” in 2003.

“I am sorry for my orange hair! I’m sorry I baby talk. It’s like my mating ritual, I don’t know,” she quipped to Us in April 2020. “Be nice because that was a long time ago.”

Listen to Here For the Right Reasons to get inside scoop about the Bachelor franchise and exclusive interviews from contestants!

Scroll through for an update on some of the notable names from the OG seasons of The Bachelor and Bachelorette: