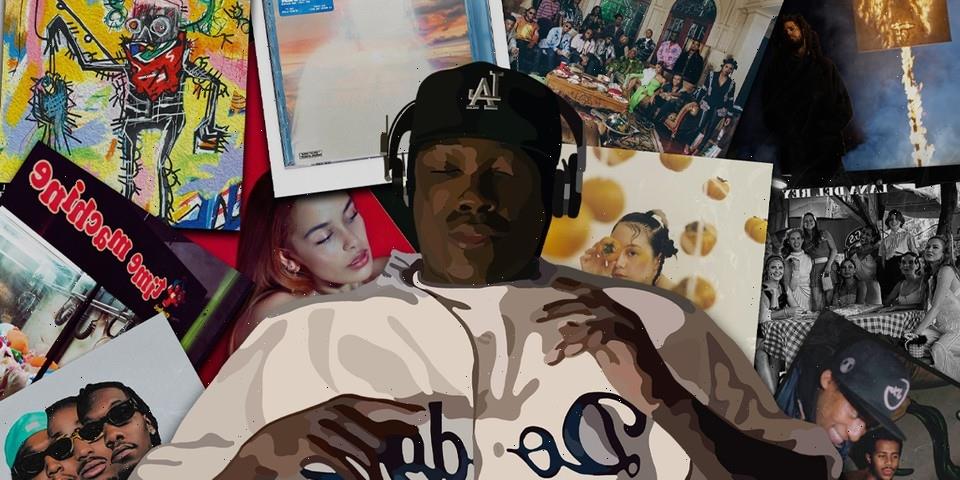 Following what felt like a year that would never end, it’s surreal to think that we are now entering the second half of 2021. The music industry is slowly but surely getting back on its own two feet after the pandemic destroyed all plans in 2020, and many artists are starting to reemerge after either a year in quarantine or just a long absence in general. This includes Migos who finally dropped off their long-delayed series-ender Culture III, J. Cole who returned after three years with The Off-Season and Japanese Breakfast, who took even longer than Cole by two years, with Jubilee.

We were also pleasantly greeted with short but stunning EPs from Jorja Smith and Fousheé, the debut studio effort from Toronto’s Mustafa, and new releases from Young Thug and his Young Stoner Life crew, BROCKHAMPTON, Mach-Hommy and Lana Del Rey. It’s worth noting that while Polo G and Tyler, the Creator dropped Hall of Fame and CALL ME IF YOU GET LOST across June, HYPEBEAST decided that more time is needed to listen, understand and fully appreciate these stellar releases.

As we move into the latter half of 2021, this mid-year recap is a reminder of hope and new beginnings during these trying times — that the world will eventually see and hear live music again, and that our beloved artists aren’t going anywhere. Without further ado, HYPEBEAST presents the Best 10 Music Projects of 2021… So Far. 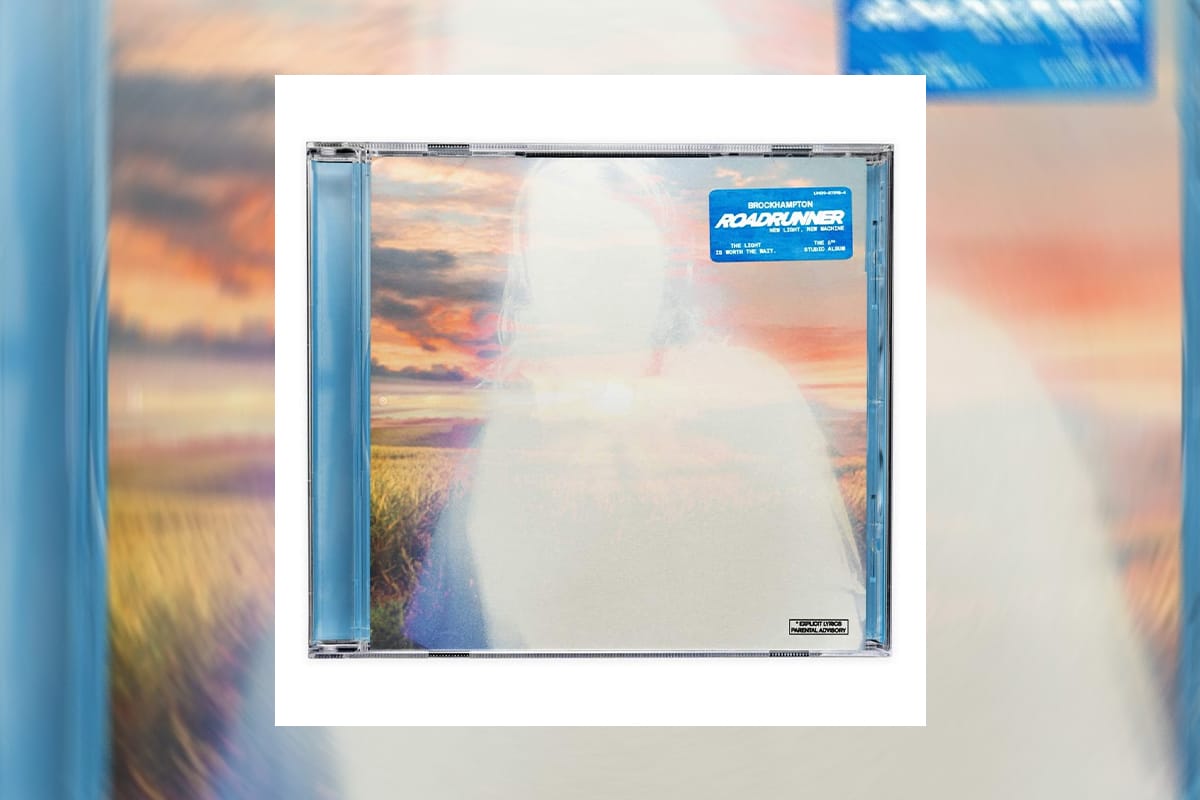 Arguably dropping their most self-assured record yet, BROCKHAMPTON found themselves closer than ever on ROADRUNNER: NEW LIGHT, NEW MACHINE despite physically being apart due to the pandemic. The collective that once labelled themselves as a boyband and lived under the same roof now grappled with isolation, identity and personal loss. Utilizing the 13-track record to forge a path that led them to “the light,” they broadened their horizons and invited a wide range of collaborators that was absent on predecessor GINGER. They also pushed their own limitations internally as in-house producer Jabari Manwa stepped up to the mic as a vocalist and performer — a gamble that definitely paid off. If it’s true that ROADRUNNER and its followup album will be the last two BROCKHAMPTON ever releases, their legacy will be set in stone. — Sophie Caraan 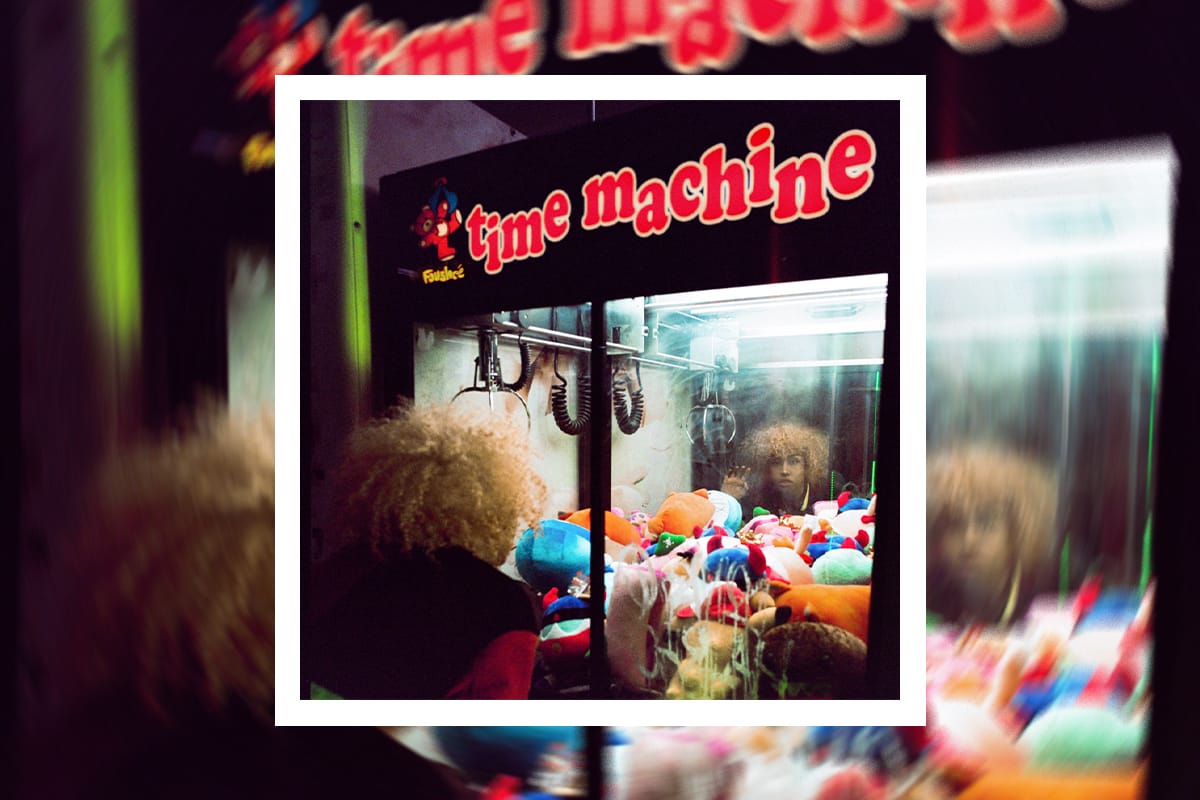 Since her hit track “deep end” went viral on TikTok last year, rising superstar Fousheé has paved her own way not to be defined by certain labels. Once catapulted to the forefront of the scene, she was able to maintain her artistic style and continued to capture the world’s attention with her debut album time machine. The nine-track offering is a lens into her artistry that is best defined by dreamy and hazy vocals alongside genre-bending instrumentals. With the help of Lil Yachty and Steve Lacy, Fousheé embraces alternative sounds ranging from R&B, to folk, indie pop, garage rock, and even electronic. Her unique and versatile storytelling truly comes to life as she continues to carve her own path, reminding us that she is only getting started. — Isabella Chon 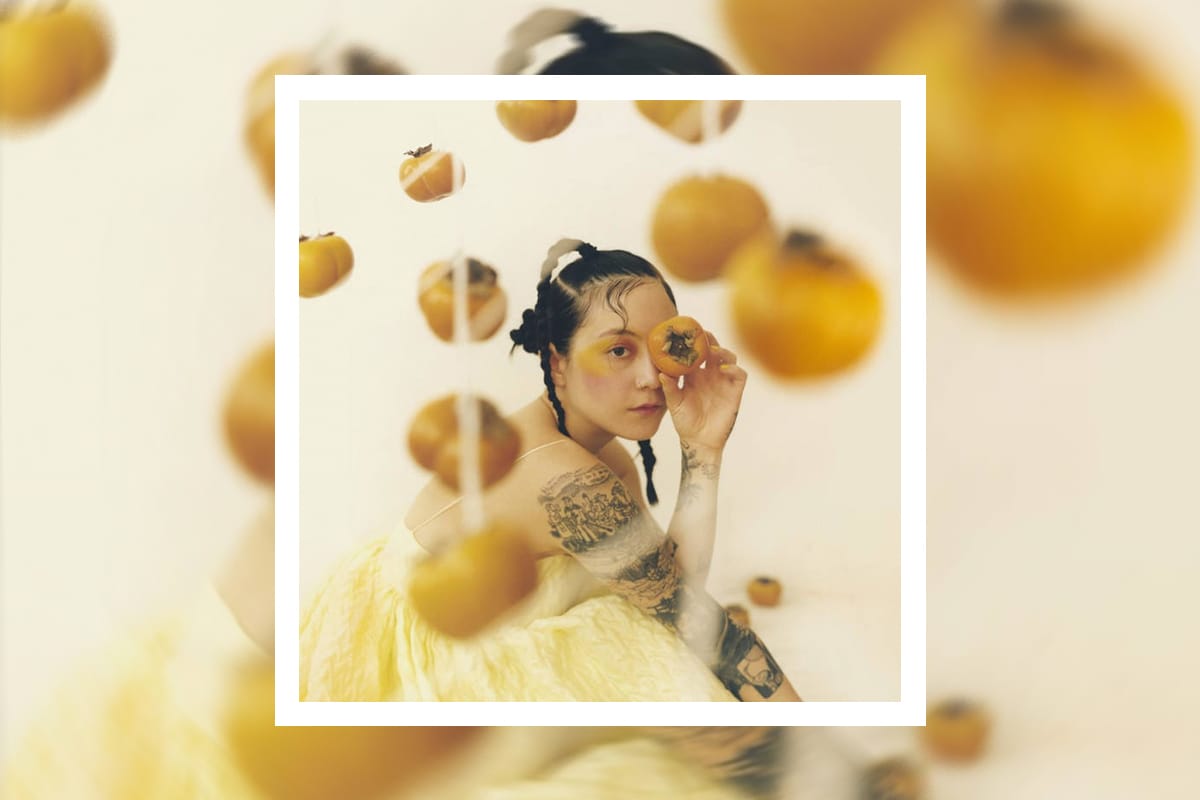 The release of Japanese Breakfast’s Jubilee was a bit of an oxymoron. The stunning 10-track album heard frontwoman Michelle Zauner finally expand on themes that brought her absolute joy, but it dropped after she debuted Crying in H Mart, a hopeful and heartbreaking memoir that substantially focused on her relationship with her mother who died from cancer in 2014. The contradicting motifs worked, however, as Jubilee lived up to its name — a celebration of growth, the realization that a person deserves happiness and the want to feel it. Zauner is just as lyrically honest on Jubilee as she was about her anguish on Psychopomp and Soft Sounds From Another Planet, allowing this new record to still feel genuine while she takes a deep dive into the newer subjects in her life. — Sophie Caraan 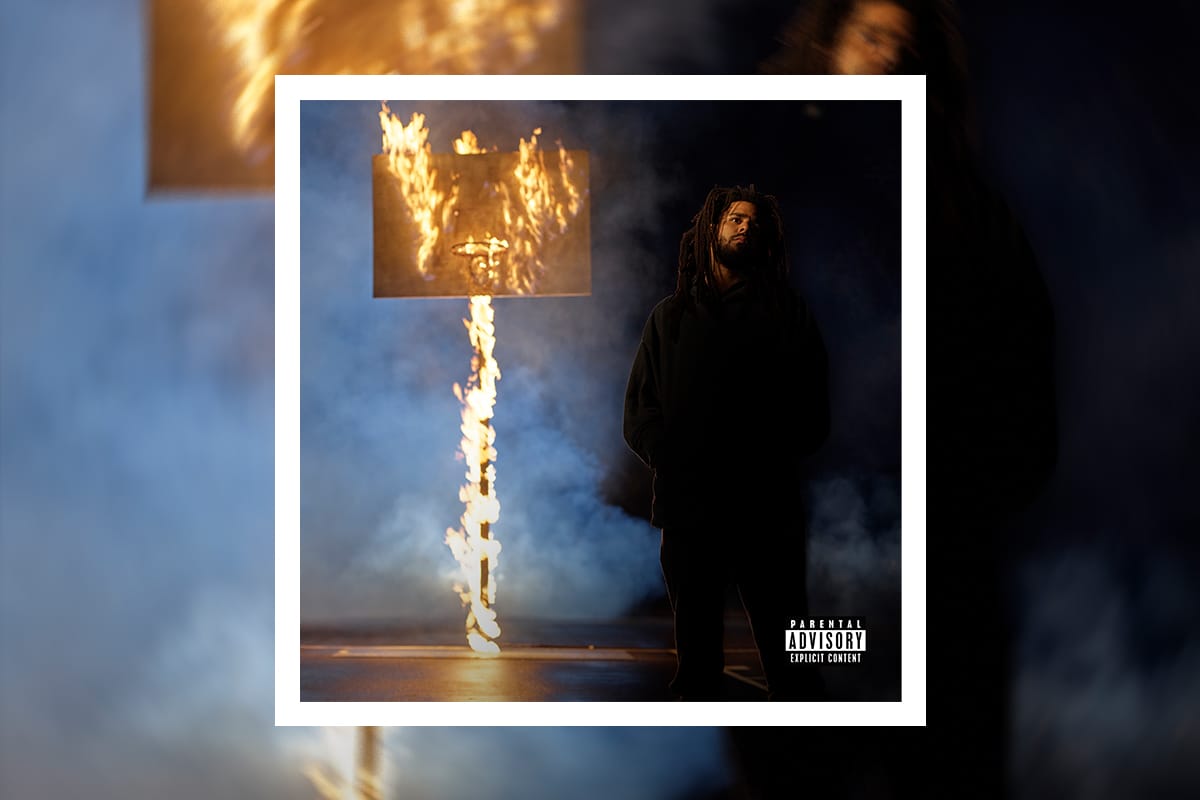 The Off-Season is undeniably one of 2021’s most anticipated music releases. Arriving a lengthy three years after KOD, the 12-track album hears a rested and refreshed J. Cole who, despite sharing his content in retirement, is prepared to go out with a bang. With the help of A-list producers like Timbaland, Boi-1da and T-Minus, plus special guests such as 21 Savage, fellow Dreamville labelmate Bas and Lil Baby, The Off-Season came out as a cohesive “welcome back” for one of rap’s greatests. Cole evidently pushed the limits of his skills and overcame any sort of barrier that was stopping him from reaching new heights, making the record the perfect jump-off point for The Fall Off. — Sophie Caraan

Jorja Smith – Be Right Back 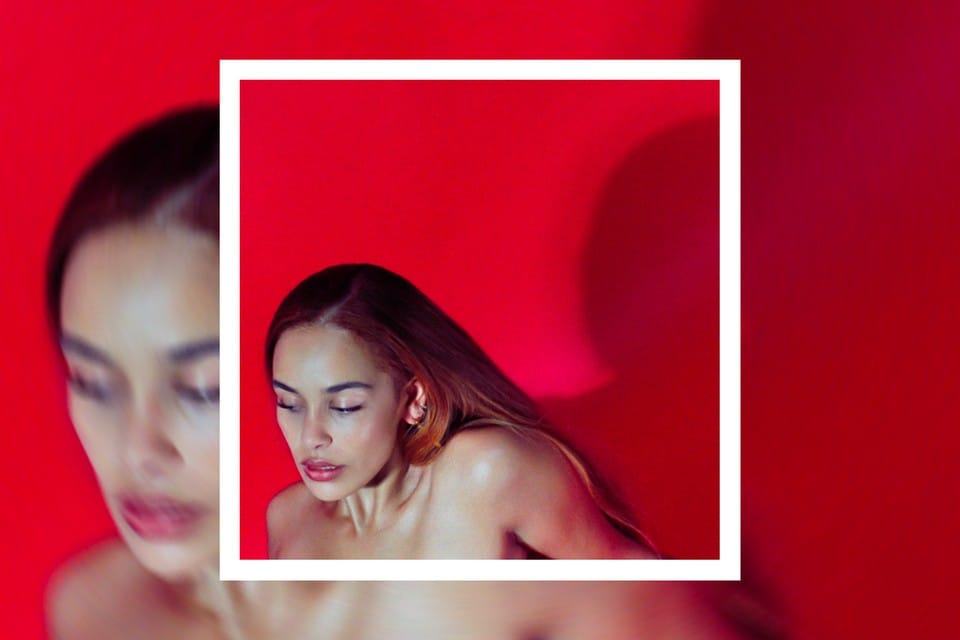 Jorja Smith has one important message: Be Right Back. Recently blessing fans with an eight-track compilation, the songstress reminds us that this is in fact, not her second official album, but instead, are simply songs she wants you to hear right now. Blending her captivating vocals with stripped-back introspection, the project tides listeners over with soulful harmonies and a poignant reflection of change that is more timely than ever. Jorja shows no signs of fading away as her flame continues to stay burning. If anything, Be Right Back is only a brief interlude and a gentle reminder of her earnest comeback. — Isabella Chon 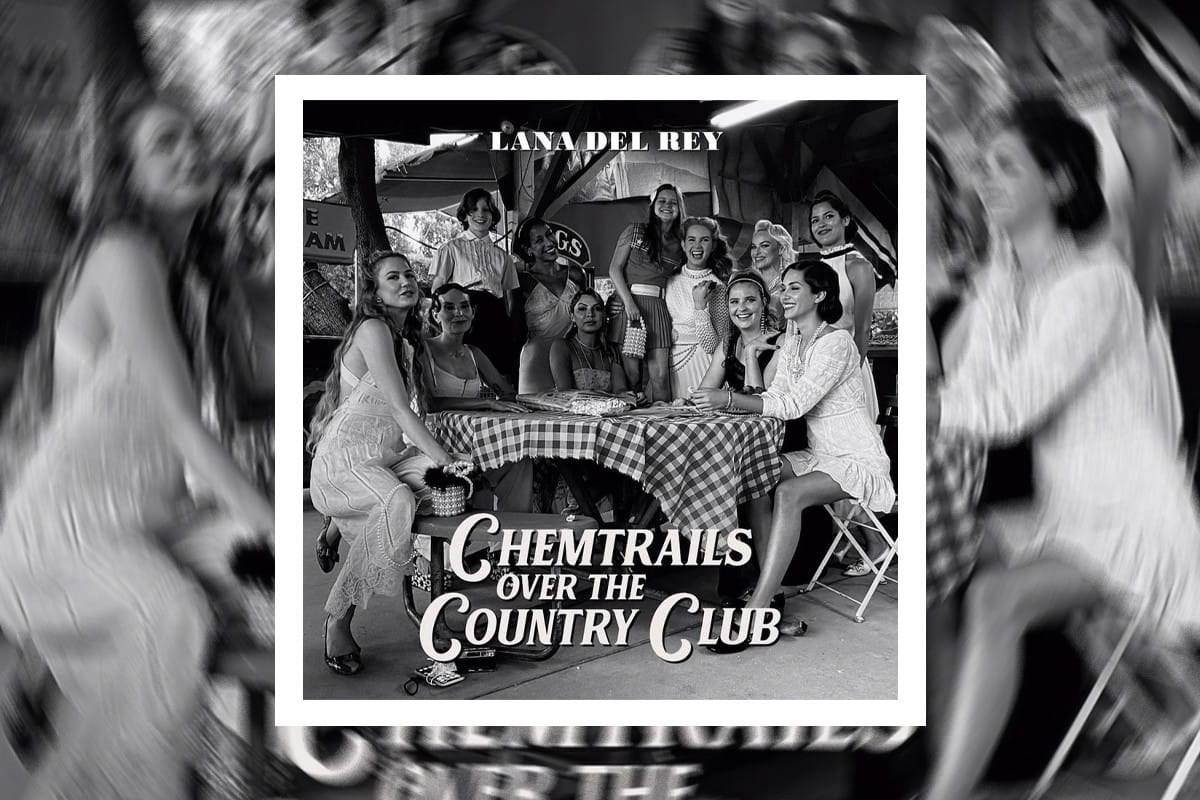 Despite being plagued with controversy, Lana Del Rey managed to stay true to herself on Chemtrails Over The Country Club. The lyrical prowess that made LDR a household name is still very much intact, but there’s a different level of honesty present throughout the 11-track album. She looks back at her beginnings with a strong whiff of both nostalgia and gratefulness but also touches on getting ready to leave — whether literally or metaphorically — her surroundings as the facade of life’s glamor fizzles out. Falling in line with this is the evident change in the sonic structures of both Chemtrails Over The Country Club and its predecessor Norman Fucking Rockwell! in comparison to her earlier work; the over-the-top orchestrations are switched out for more mellow and acoustic instrumentation, signifying what seems like a departure from the LDR we first heard in Born to Die. — Sophie Caraan 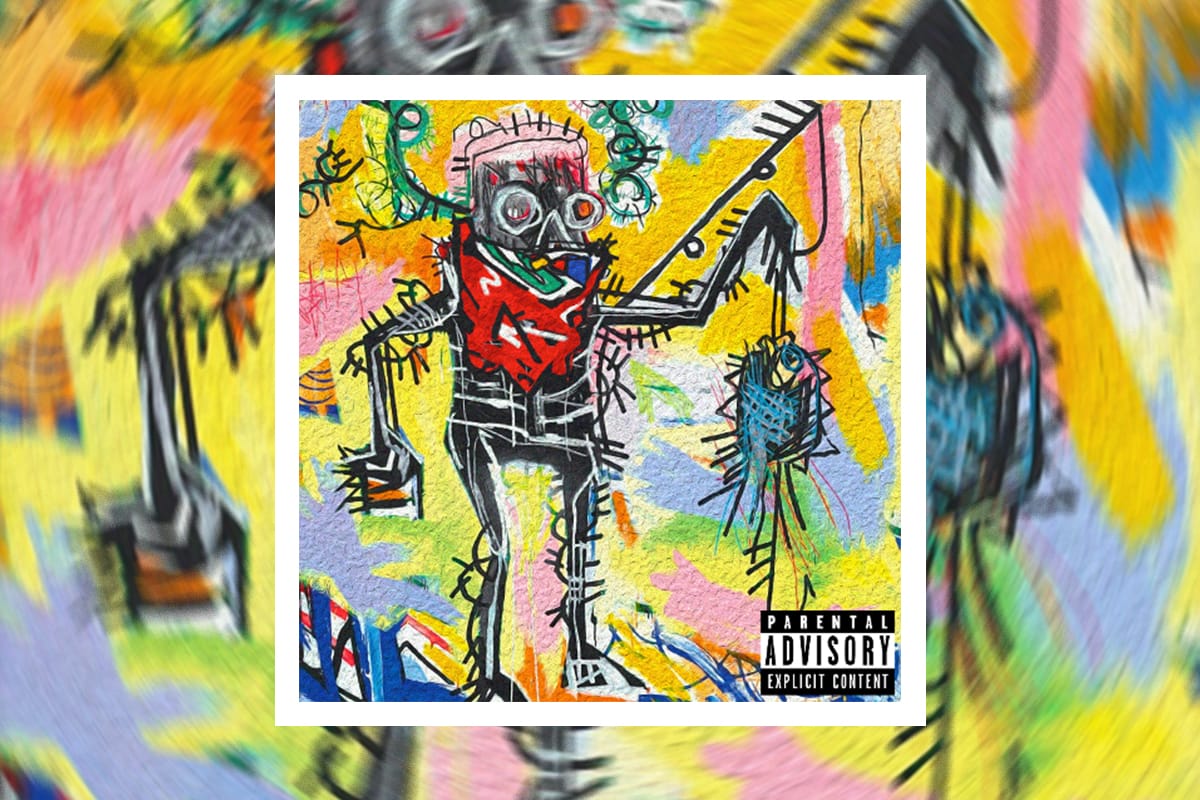 Mach-Hommy and Westside Gunn pleasantly surprised hip-hop when the two Griselda titans linked up for the New Jersey rapper’s latest record, Pray For Haiti. The whopping 16-track offering solidifies Mach-Hommy’s ability to comfortably play with new sounds while honing his own lyrical genius, which is still filled with hot punchlines, witty figurative language and deeply emotional hits that are delivered differently thanks to his raspy yet commanding voice. As with the title, the rapper explained that he had conversations with members of the Haitian diaspora on how to provide direct aid for his country and ultimately utilized the album as a charity vehicle that gives 20 percent of its proceeds to the Pray For Haiti Trust Fund. Mach-Hommy said it best: “If I have enough time to Pray For Haiti, there’s no way that I can’t figure out how to pay for Haiti.” — Sophie Caraan 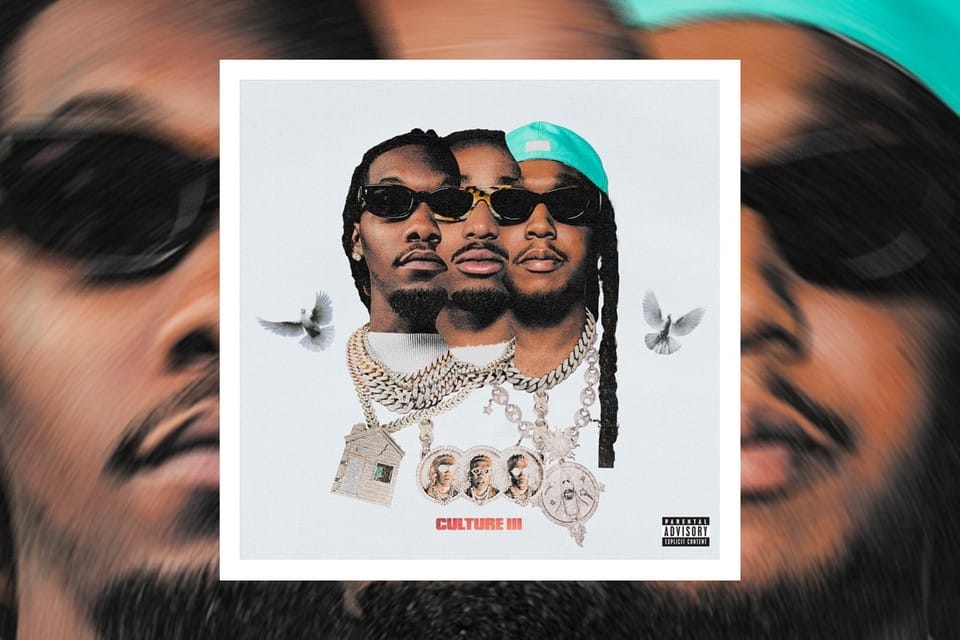 When Migos announced that its Culture franchise would end as a trilogy, fans were left waiting in anticipation of its completion. Serving up Culture III just in time for the summer, the trio finally made its long-awaited return with a 19-track effort that proved to be worth the wait. Featuring appearances from Cardi B, Drake, Future, Justin Bieber, Polo G, YoungBoy Never Broke Again as well as the late Juice WRLD and Pop Smoke, the project captured the group’s revitalized chemistry and its longevity as established trap veterans. Culture III’s uptempo bangers, varied samples and rapidfire flows are not only reminiscent of Migos’ mixtape era, but also represent a solid display of the rappers’ legacy and impact in today’s hip-hop. — Isabella Chon 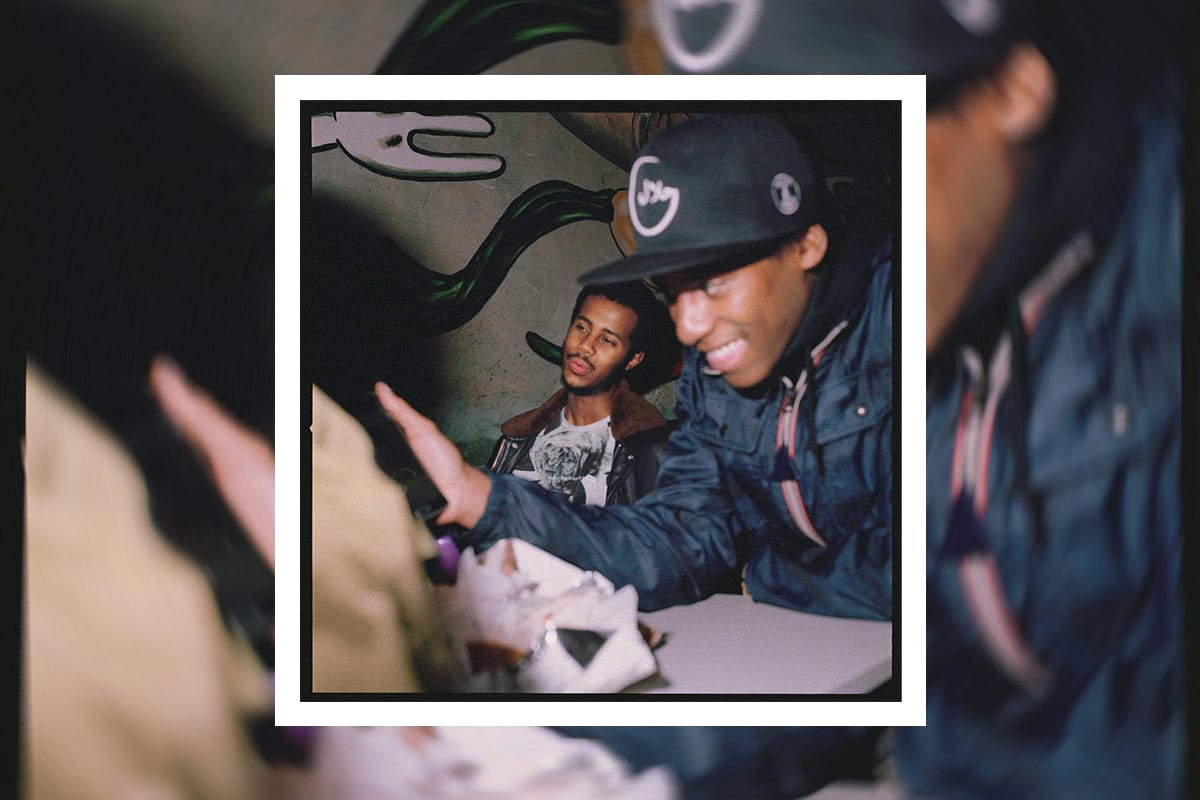 Those familiar with Mustafa may know that his achievements are not few and far between. As a spoken-word poet, musician, songwriter and community activist, the multi-faceted artist recently added his debut album When Smoke Rises to his growing repertoire. Paying tribute to his late friend Smoke Dawg who he lost when he was 17, the eight-track record boasts highly anticipated collaborations with James Black, Jamie xx and Sampha. But, the album’s beauty extends beyond its credits with its harrowing and profound endeavors to make sense of losing loved ones too soon to violence. As Mustafa immortalizes his friends and celebrates the departed, When Smoke Rises provides sobering refuge and summons strength needed for those to heal. — Isabella Chon 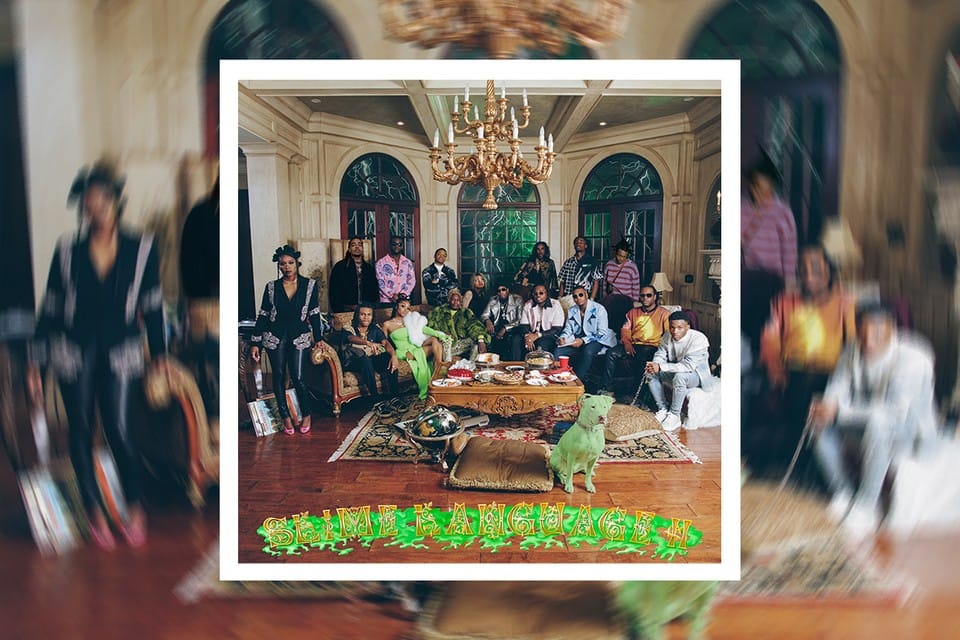 Young Thug and Gunna’s Slime Language 2 is nothing short of an energetic family affair. A follow up to its 2018 predecessor Slime Language, the epic 23-track offering sees Thug’s label Young Stoner Life (YSL) breathe life once again into the rap game. Here, members from YSL’s roster such as Lil Duke, Lil Keed, T-Shyne, Strick and Yak Gotti take center stage alongside heavy hitters like Big Sean, Drake, Future, Kid Cudi, Skepta and Travis Scott to name a few. In true YSL fashion, Thug and his crew take over all corners with strong production, infectious beats, and no holds barred lyricism. As he lets others shine, Thug’s strength in Slime Language 2 lies in his ability to bring a dream team together while still maintaining an overarching presence throughout. Needless to say, the album is an apt celebration of togetherness and a well deserved spotlight on Atlanta’s ever-growing talent. — Isabella Chon