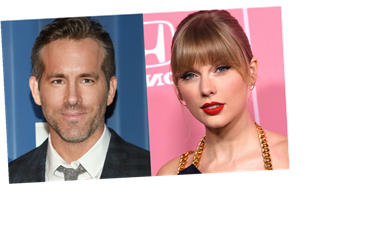 Taylor Swift’s iconic ballad “Love Story” is getting another chapter with a little help from Ryan Reynolds.

The pop star is currently at work re-recording her first six albums while she attempts to regain ownership of her musical catalog.

Swift has been entrenched in a public battle with record executive Scooter Braun, who acquired the rights to her masters in a much-contested deal last year before selling them to a private equity firm in November for upwards of $300 million without the singer’s knowledge.

The Grammy-winner has made her distaste for Braun abundantly clear, and since there’s nothing she does better than revenge (her words, not ours!) she’s set out to record new versions of old songs to take back control of her musical legacy.

It looks like she’s starting with a retooled rendition of “Love Story” from her 2008 sophomore album “Fearless,” which Swift unveiled for the first time on Wednesday in a Match.com ad written by Reynolds.

Swift shared the ad on Twitter and explained that her re-records aren’t finished yet, but that Reynolds had “asked me if he could use a snippet of one for a LOLsome commercial he wrote so…here’s a sneak [peek] of Love Story!”

“Working hard to get the music to you soon,” she added.

The ad, which jokingly recounts the love story between Satan and a woman named after the year 2020, features a brief snippet of Swift’s new recording, which sounds startlingly similar to the original version.

Swift hasn’t revealed when she’ll release the re-recordings in full, but in a letter responding to the recent sale of her masters last month she described the process as “exciting and creatively fulfilling.”

“I have plenty of surprises in store,” she wrote on social media. “I want to thank you guys for supporting me through this ongoing saga, and I can’t wait for you to hear what I’ve been dreaming up.”

As for why she teamed up with Reynolds, the two share quite a history together.

The “Deadpool” star and his wife, actor Blake Lively, are longtime friends of Swift, who featured their daughter James in the opening moments of her 2017 song “Gorgeous.”