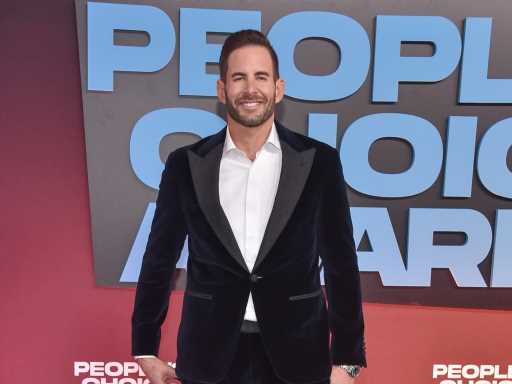 Is anyone keeping score in the really complicated relationships between Christina Hall and her two ex-husbands? We know Ant Anstead has already filed for full custody of their two-year-old son Hudson, which will be determined at a June 28 court hearing. Now, it looks like relations between Tarek El Moussa, the father of their kids Taylor, 12, and Brayden, 6, is on the outs, too.

The Daily Mail captured a showdown between El Moussa, his wife Heather Rae Young, and Christina with new husband Joshua Hall at a children’s soccer game on Saturday. (See the photos HERE.) After what appeared to be a heated exchange between Young and Christina, El Moussa looked like he was trying move his wife away from the situation while Josh held Hudson. We wish we could say that was the end of it, but it looks like the men went in for a second round. El Moussa, Young and Josh were caught by the paparazzi continuing the less-than-friendly conversation. That’s when a soccer coach had to intervene to stop the drama and get the men to walk away from the fiery conversation.

Of course, all of this happened on Saturday — the same weekend the two former Flip or Flop stars had to come together after Brayden had a medical emergency. It made for a very stressful time for the entire family. Christina has already addressed the situation via her representative to Us Weekly, saying, “A personal matter was discussed and has since been resolved. We are focused on coparenting as a team moving forward.” The bigger question is why the photographers were at a kids’ soccer game in Newport Beach, California, it’s a solid hour away from the Los Angeles area where most paparazzi live and work.

Let’s hope the family drama stays behind closed doors moving forward because there are three children who need their parents and stepparents to coexist peacefully. But right now? It’s a rough ride.

Before you go, click here to see all the celebrities who have opened up about the struggles of co-parenting.