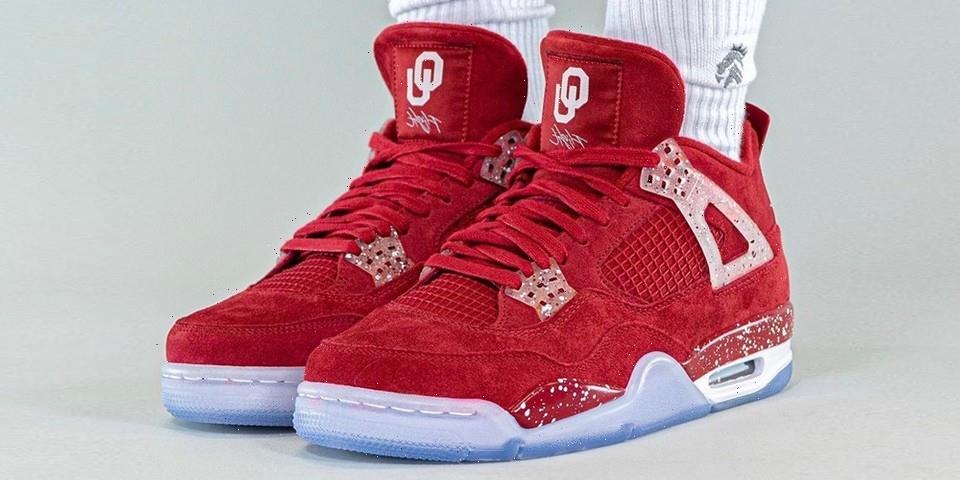 Unveiled back in 2018, new images of the Air Jordan 4 PE “Oklahoma Sooners” have surfaced on the internet thanks to the Instagram account yankeekicks. With past collaboration releases such as the Air Jordan 1 PE and Air Jordan 5 PE variations, the Sooners have been racking up player exclusive Jordans in the past few years.

Right before the 2018 Orange Bowl where the Sooners were shut down 45-34 by the Alabama Crimson Tide, OU received a new pair of Air Jordan 4 PEs that’s constructed of full red suede on the uppers and translucent speckled lacewings. The Oklahoma Sooners branding tops the tongue label while Jumpman logos detail the heels against a white and red speckled background. The red midsole with the same speckled design is sandwiched above an icy translucent outsole.

A public release date has yet to be announced by the Jordan Brand.