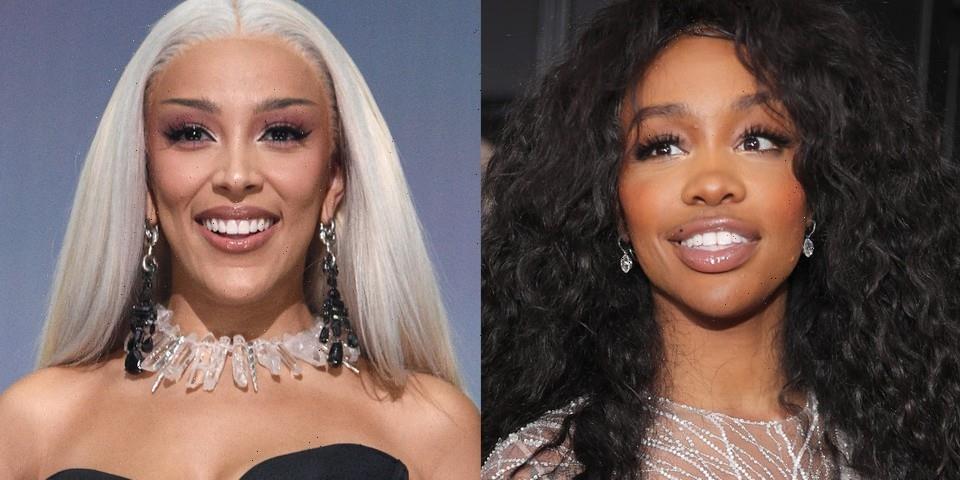 While performing at Mad Cool Festival in Madrid, Spain, on Sunday, SZA revealed that she is collaborating with Doja Cat on an upcoming track titled “Shirt.”

“Want to know a secret? You all want to know who’s on this song? It’ll be like our secret, right?” the “Good Days” vocalist asked the audience during her performance. “The hint is we already have a song together. Her name starts with a ‘D’ and it rhymes with Soulja.”

SZA and Doja previously joined forces on the latter artist’s Planet Her track “Kiss Me More,” which took home the Grammy for best pop duo/group performance during this year’s awards ceremony. The track also received nominations for record of the year and song of the year, though Silk Sonic‘s “Leave the Door Open” prevailed in both categories.

SZA first teased “Shirt” in late 2020, when she shared a portion of the track on her Instagram Story. Since then, she has posted the snippet on TikTok, where it swiftly received a viral dance challenge, and she later included a clip of the single in the final sequence of her “Good Days” music video, during which she is seen pole dancing to the unreleased track.

“Bloodstain on my shirt/ New b—h on my nerves,” SZA sings on the track. “Old n—a got curved/ Going back on my word/ Damn, b—h, you like thirty.”

SZA has yet to reveal an official release date for the collaborative single.