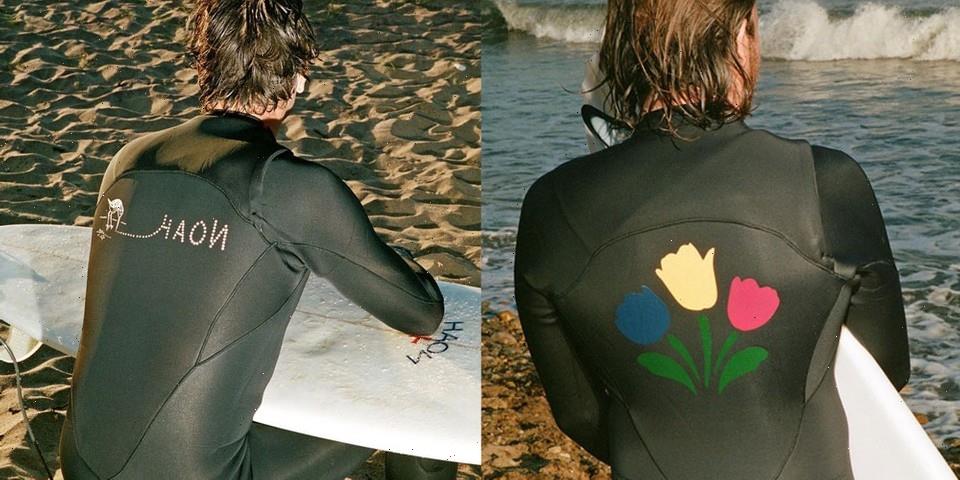 Following the release of its SS22 collection and adidas collaboration earlier this year, NOAH now readies a special project for its Surf line, introducing new wetsuits in innovative Yamamoto #40 neoprene fabrics. Worn by surfers and triathletes around the world, wetsuits traditionally consist of a synthetic rubber-based neoprene material that was developed by DuPont in the ’30s. Thanks to American businessman and avid surfer Jack O’Neill, the material made its way onto wetsuits in the’50s after he found that the foam rubber was able to effectively trap body heat. As a rush of people began taking up surfing, functionality improved with innovations such as nylon lamination which increased pliability and durability.

In the ’60s, Japan’s Yamamoto corporation pioneered a new process of making neoprene from the calcium carbonate found in limestone. Titled Yamamoto #40, the neoprene is 99.7% water-impermeable and extremely lightweight, flexible, and insulating. The material was chosen by NOAH not only for its quality but also because of its sustainable properties. Unlike other wetsuits, Yamamoto #40 isn’t petroleum-based, and the company uses hydroelectric power and recycles its wastewater. The source limestone is also said to come from the magma of a volcano that erupted 80 million years ago near Hawaii where surfing is thought to have been invented.

Take a look at the NOAH wetsuits above and shop the new collection at NOAH’s website. A range of Surfboards are also available exclusively at Noah Hideout in Amagansett and Dover Street Market Los Angeles. More details regarding the wetsuit designs can be found here.