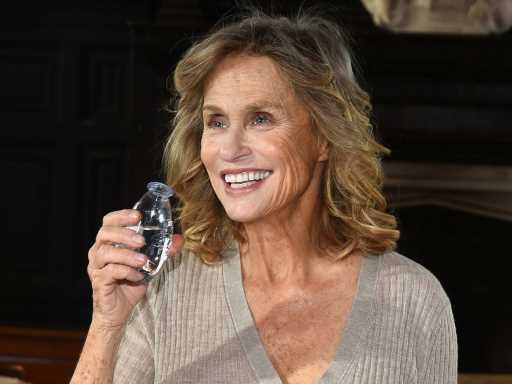 Supermodel Lauren Hutton has been in the modeling game for decades, wowing everyone with her dazzling smile and words of wisdom. And most recently, she’s calling out the dangerous “obsession with youth”

In a recent interview with Byrdie, Hutton talked about why she became a brand ambassador for the skincare line Strivectin, saying she was drawn to their “age positivity.” She said, “I liked what they wanted to do and how they were shifting the conversation toward age positivity, instead of this idea of ‘anti’-aging — which never made much sense to me.”

Hutton added, “I was really impressed that they were smart enough to speak to women of my generation.”

She went on to say she detests the term “anti-aging,” saying, “If we’re lucky, we’re all going to get old. I think it’s time to realize that anti-aging is an old-fashioned term. There’s a lot of research that shows that our attitudes have so much to do with how we age, so instead of worrying about this wrinkle or that spot, we should all be focused on taking good care of our skin and ourselves, and the industry can help shift that conversation for the future.”

The 78-year-old supermodel has been revered for decades for her iconic, tooth-gapped smile and empowering photoshoots. Back in 1973, she signed a huge modeling contract with Revlon, skyrocketing her into superstardom. Since then, she’s appeared on the cover of Vogue 26 times, in Chanel campaigns, along with walking down the runway for Tom Ford, Bottega Veneta, and more.

We love the shift in the beauty community as of late, and we adore that superstars like Hutton are putting archaic terms on blast! 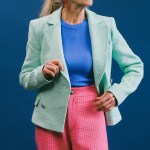 
This TikToker Is Shattering The Ideal That Woman Need to Dress a Certain Way in Their Fifties: ‘This is 52’

Before you go, click here to see all the celebrity women who have spoken out about ageism.