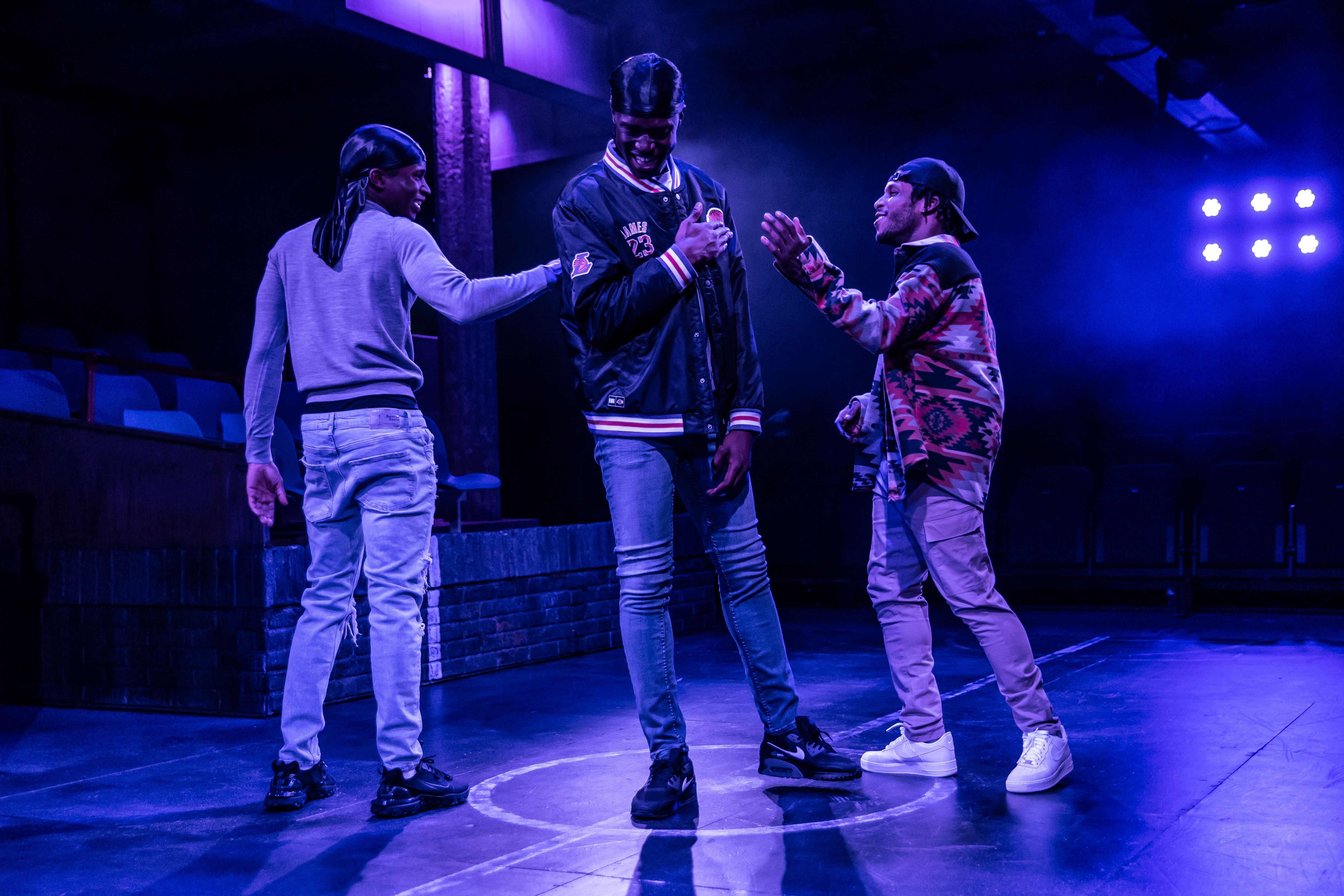 When was the last time you saw a play focused on the lives of people on a council estate and the impactful changes they are facing in the current social landscape?

Chances are, a long time ago, or never.

Various social housing estates across London are being knocked down to make room for high spec private housing that isn’t affordable, leaving local tenants with nowhere to go due to renewal paired with welfare reforms.

London is set to have lost more than 13,500 social and council homes in estate redevelopment schemes since 2003, according to a new report from Sian Berry AM.

These changes paired with the soaring cost of living and ongoing Covid pandemic are affecting real people, many of them young ethnic minorities who are forced to navigate these drastic changes while also trying to figure out who they are.

Imagine seeing a play centred around these people.

This is where Red Pitch, written by acclaimed playwright Tyrell Williams, came in.

The play, which featured an all-star cast of some of the UK’s most promising up and coming young actors, was a roaring success, with critics hailing it as fierce, affectionate and effortlessly funny. It told the experience of the younger generation living on a council estate, whose lives are being transformed by gentrification, and so very clearly hit a nerve that needed to.

Their stories touched on identity development, and lend themselves to exploring the range of emotions young people face as they experience themselves and their world changing for the first time.

Williams, who is known for creating the acclaimed viral web series #HoodDocumentary, told Metro.co.uk the inspiration behind the play, which ran from February 16 to March 26 at the Bush Theatre, was seeing a block of new-build flats sitting on what used to be the football pitch he’d often visit as a kid.

‘[It was a] football pitch where a lot of my friendships were formed, nurtured and cultivated,’ he said.

‘Within those feelings and those thoughts I felt inspired to write something.’

Sesay, who plays the ambitious peacemaker of the trio Joey, personally relates to the storyline as he is also from an area experiencing change, south London’s Peckham.

He wants to encourage young teenagers caught up in the web of gentrification, while trying to figure out who they are and what they want to do with their lives, to ‘keep pushing forward.’

Williams initially wrote a 10-minute version of the play in 2018 which was submitted to the Young Harts Writers Festival, led by actress, writer, director and producer Ann Akin, which won audience’s favourite of the night.

I hope to continue to tell stories about people that come from council estates. I think their stories deserve to be told.

A year later, and with the encouragement of Daniel Bailey, Williams submitted it to the Ovalhouse Theatre, now Brixton House Theatre’s year-long programme for writers to develop ideas, which he secured.

He was then invited to take up residency at the Bush Theatre in November 2021. Red Pitch was directed by Bailey who Williams says has been an ‘exceptional collaborator.’

Williams co-wrote and co-created the viral web series picked up by BBC Three #HoodDocumentary, and says that although there are lots of differences between the two projects, they both do something important which is tell the stories of ‘estate culture’, which ‘isn’t frequently seen.’

‘What’s most important to me is seeing human beings, and understanding people’s journeys and why they are the way they are,’ he says.

‘I hope to continue to tell stories about people that come from council estates. I think their stories deserve to be told.’

Red Pitch will be available to stream from the May 9 via Bush Threatre.