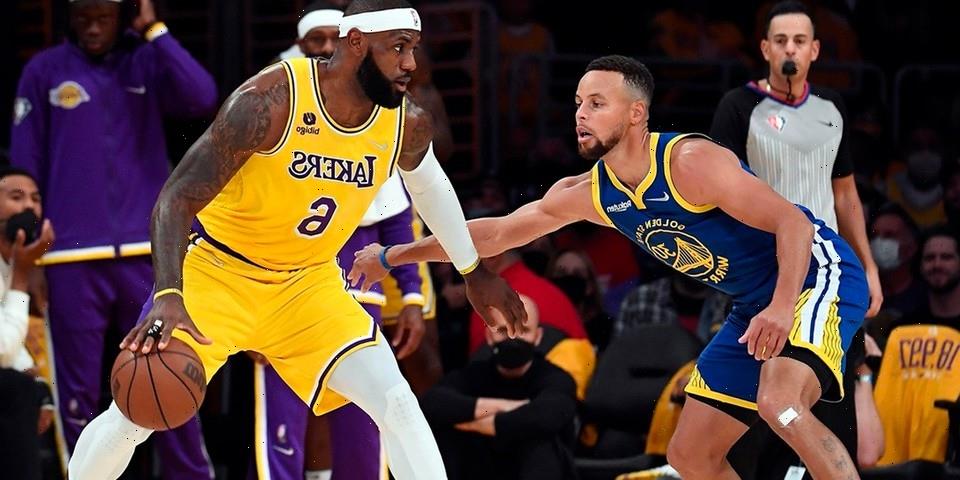 In the most recent episode of The Draymond Green Show, Steph Curry sat down with his Golden State Warriors teammate Draymond Green to discuss his thoughts on the prospect of playing with LeBron James.

Last week, James named Curry on his show The Shop, as the one person he would like to play with currently in the NBA. After hearing this, Curry gave a response that raised eyebrows when he appeared to swiftly wipe the thought away with a simple response, “I’m good right now.” In his show, Green asked Curry to elaborate on why he would turn down the reason to play with one of the GOAT in basketball. Curry explained,

“It is surreal because I will never be so far removed from this time when I was in Detroit playing in a Sweet 16 game and this dude was in his fourth or fifth season, and he’s coming to my game and supporting and cheering and doing all that stuff.

Even at the place he was at in his career – the future superstar, Hall of Famer, potentially greatest of all time – the fact that we are 13 years removed from that and he’s saying that, it’s still crazy…I will never be too far removed from my journey so that’s dope and that’s the surreal part.”

Curry admits that to this day, James’ words mean a lot to him. He recalls a fond memory of James visiting him at Davidson which confirms his utmost respect to the “Kid from Akron.” He said, “Not a lot of people know this, but he gave me a jersey when I was in college at Davidson, and I still have it on the wall at my parents’ house back in Charlotte. He [signed] it — to the king of basketball in North Carolina.” Curry understands why this matchup would turn heads, knowing that it sparks a sense of curiosity. He continued, “You take a fantasy draft and you’re building a team out and you take what Bron can do and the way that I can shoot the ball, obviously there’s a curiosity of like, What would that look like?’” Though that’s the case, he appears to double down on his answer, ending the rumors once and for all,

“But also there’s a realism and that’s why I said, ‘I’m good right now,’ is, you can never let your mind go from what you know is your situation and your moment, your time and who I have been rocking with from Day 1.

That’s my best answer because it’s fantasy, it’s wild but there’s a respect and appreciation and a surrealness because of where I came from and how we interacted in college. But if this was 2K that would be pretty lethal.”

In other sports news, James Harden reveals he feels no pressure as the Philadelphia 76ers enter the playoffs.
Source: Read Full Article