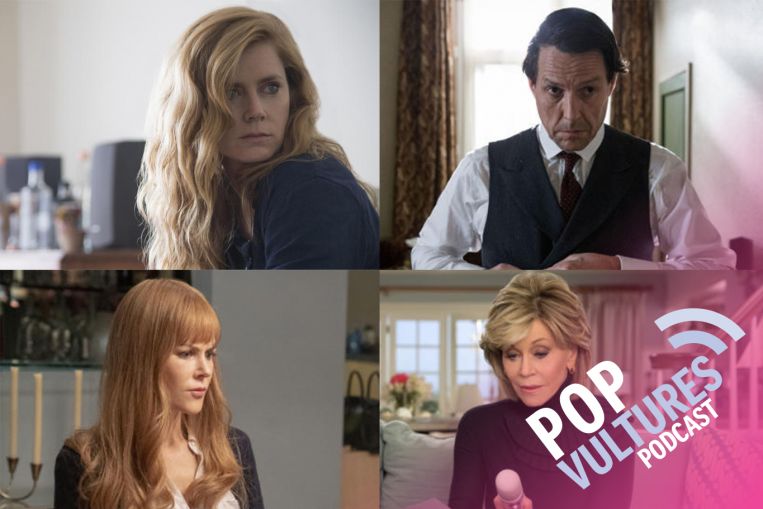 Synopsis: A podcast by The Straits Times that examines all the ins and outs of pop culture, be it Asian entertainment or Hollywood.

Today, the #PopVultures ask the question: Is television getting more atas or upmarket?

The Primetime Emmy Awards, set to happen on Monday (Sept 23, Singapore time), has several Oscar-nominated, bona fide movie stars in its nominee list. Historically, television has always been regarded as the “ugly sister” compared to film – with jokes cracked at its expense at the Golden Globes and television stars lower on the Hollywood hierarchy.

But this is slowly changing – more and more movie stars (think Amy Adams, Michael Douglas, Nicole Kidman) are moving into the realm of television in the age of streaming.

#PopVultures boil it down to three reasons: The increasing quality and big budgets of television; more progressive, original and unique content in television; and of course, fat pay cheques!

They also touch on how this trend is not taking off as much in Asia, and run down some names that they hope can pick up awards at this year’s Emmys.

Tune in to find out what they think.

We are conducting consumer research to find out what types of content you like. Please click on the link below to participate in a short survey which will help us serve you better. Respondents stand a chance to win $100 shopping vouchers and get invited to participate in consumer interviews.