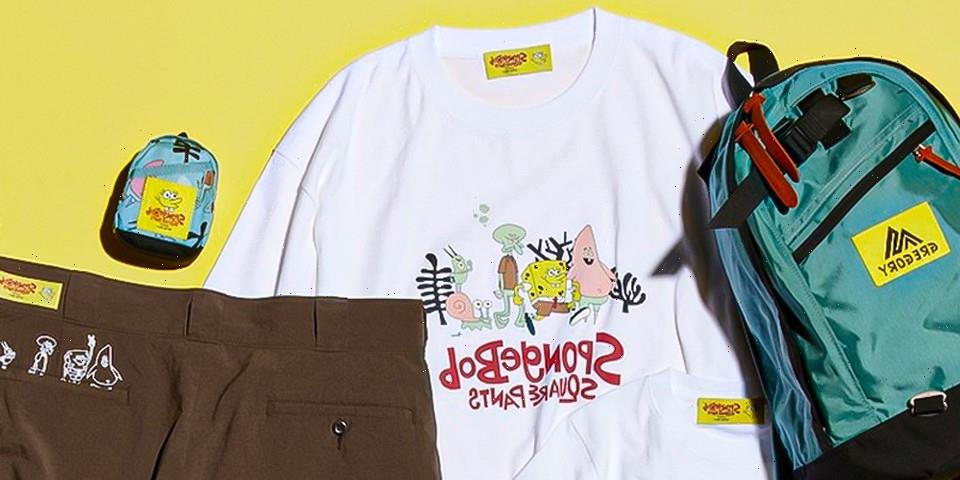 After crafting an official sculpture of Jim Hopper from Stranger Things, Japanese artist Yusuke Hanai lends his illustration skills to BEAMS T for its latest SpongeBob SquarePants capsule collection. Throughout his career, Yusuke Hanai has been heavily inspired by American counterculture, which he fuses with Japanese aesthetics. The playful SpongeBob project arrives as Hanai began taking notice of marine environments through his hobby of surfing.

Highlighted in the collection is a range of graphic tees featuring SpongeBob as well as his companions Patrick, Squidward, Gary, and Sheldon. The facial features and proportions of the characters are noticeably different, reflecting Hanai’s signature illustration style. Additional pieces in the collection include collaborative caps and adventure hats with New Era as well as brown Dickies shorts with SpongeBob print found on the inner waistline and back pocket.  Rounding out the collection is an embroidered patch cap that comes with a keychain attachment, Nalgene water bottle, and performance carrying options made in collaboration with Gregory.