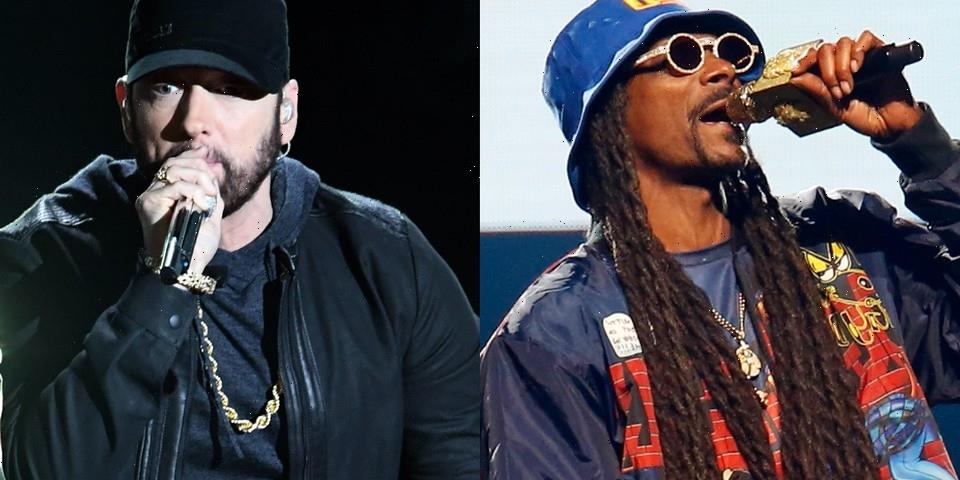 Snoop Dogg and Eminem have long had beef as protegées of Dr. Dre. In recent years, Snoop has spoken out about his opinion on who the best 10 rappers in the game are, but proceeded to exclude the Detroit rapper from the list. However, when he explained that he chose MCs of the like Rakim and LL Cool J because he said he came from an era of rap before Eminem, he took it the wrong way.

The beef between the two grew when the Detroit MC later took a shot at Snoop on “Zeus” rapping, “Man, Dogg, you was like a damn god to me/Nah, not really (Haha)/I had ‘dog’ backwards/But I’m starting to think, all these people takin’ shots at me.” The two went back and forth for a while, but it seems that with the new collab track on its way, Eminem and Snoop are on better terms. In a recent Snoop takeover on Shade45, the rapper discussed his upcoming album.

Snoop says, “Everybody’s solo song was the last verse of the song before that, except the one with me and Eminem. Because I felt like that was like a big reveal. When n***as hear that Eminem on that motherf***a, that’s just all another level.” The rapper also shares a snippet of the song. DJ Whoo Kid took to Twitter to share the clip and also claims that the fans will be hearing the full track very soon. Take a look below.