The actress shares some of the places she loves the most, and the art that both inspires and disturbs her. 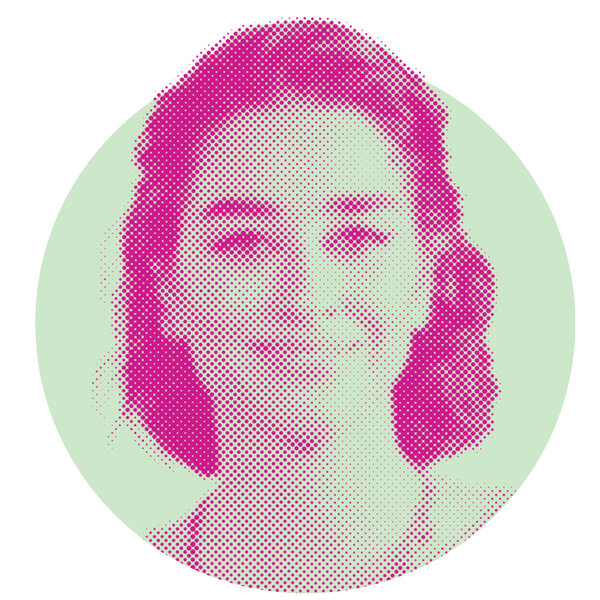 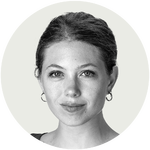 The day Simona Tabasco got a callback for “The White Lotus” with the show’s creator, Mike White, she tested positive for Covid-19. So she auditioned over FaceTime and landed the part.

A month later, she was on set in Sicily playing Lucia, one of the two local prostitutes — the other played by her real-life friend, Beatrice Grannò — who spend the television show’s second season charming and swindling Americans on vacation. By the time the season ended in December, the duo had become fan favorites, inspiring memes, think pieces, conspiracy theories and style tips.

“I’ve never been part of a project of this magnitude, something that was so big and involves so many artists — people that, yes, are famous, but also such amazing artists,” Tabasco, 28, said in a video interview from Rome, where she plays an undercover police officer in the Italian TV series “I Bastardi di Pizzofalcone.”

Speaking through a translator, the Neapolitan actress talked about why the city where “The White Lotus” was shot is so meaningful to her — as well as some of the other places she loves in Italy — and the horror movie she couldn’t stop thinking about even though it annoyed her. These are edited excerpts from the conversation.

1. Taormina It’s where we filmed “The White Lotus,” and it’s where I received an award for best young actor after my first film, “Perez,” at the film award ceremony Nastro d’Argento. One of the local cafes, Bam Bar, is known for its granita. My favorite flavor is almond. It became a tradition for Beatrice and me to have breakfast there together on days we didn’t have to wake up too early. Every time we went, we saw someone from the “White Lotus” cast or crew.

Inside the World of ‘The White Lotus’

The second season of “The White Lotus,” Mike White’s incisive satire of privilege set in a luxury resort, is available to stream on HBO.

2. Nuovo Cinema Olimpia This theater in central Rome is special for me. It has only two rooms, and it’s not like the other cinemas in the city. There are usually very few people, and it’s where I like to have movie marathons. I’ve spent hours in there watching films. Sometimes I just need to binge on movies, and for me, this is the perfect place to do it. Right after, I like to drink a beer and talk about what I’ve just seen with friends. It can sound a little boring, but I have so much fun during these kinds of days.

3. Monti I used to live in this neighborhood with classmates way back when I was in acting school. Known as the artists’ quarters, it’s a beautiful area. It’s small, and it kind of gives you the feel of being in a little village, which is rare for such a big city like Rome. It’s also filled with vintage clothing stores, which I started going to because of auditions. My favorite vintage shop is called King Size.

4. “Titane” I love this movie, which is a horror/sci-fi mix, because it disturbs me. It’s a film that annoys me. I went to see it and then I had to go see it again. I thought about it for days. And I think that’s how art should be — I love when art is that way. It’s something that you encounter by chance, or not, and then it changes your day or your life.

5. Tate Modern Five years ago, I was staying in London for a month to enjoy the city and practice English, and I think I went every day for seven days. The first time I went in, I had this sense of shock because it looked like such a big empty space. I would go and listen to this tower of radios, Cildo Meireles’s “Babel,” and I was totally blown away. I’m not sure what the artist wanted to say, but that’s also the beauty of art. Maybe the artist had one idea and whoever witnesses an installation like that then has a different reaction.

6. Kintsugi My favorite thing about visiting Japan in 2017 was seeing the art of kintsugi, which is their practice of putting back together broken things with gold and varnish. They turn something that seems like it no longer has purpose into something extremely beautiful through the act of repairing it. It’s a very powerful symbol of resilience.

7. “Lo Potevo Fare Anch’io” by Francesco Bonami The title of the book translates to “I could have done it too,” which the author wrote because he wanted to bring people closer to and push people farther away from contemporary art, which I think is very provocative. One of the artists mentioned in the book is Robert Ryman, who creates these paintings and sculptures using only white paint, which is something that gives you the impression of being incredibly simple when you first think about it, but then you realize that it’s impossible to replicate. It tells you that art can be — and most of the time is — simple.

8. Sziget Festival I went when I was 24. I wanted to see Budapest, because I think it’s a great European city to visit and to live in. During the day, I would explore local neighborhoods and in the evening, I would go to the festival. The setting is so crazy; it’s this island off Budapest with 60 different stages. It becomes difficult to see everything that you want to but attending is one of my favorite memories. I love music. One of my dreams is to go to Burning Man; it’s on my list.

9. Naples I probably have a better relationship with Rome because it’s where I’ve built a life, but the thing I love about Naples is the state of mind that it puts me in. It reminds me of my family, of my childhood. Most of what I am and how I grew up — my mannerisms, the way I talk, the way I move — most of it comes from there. It’s something that I try to bring with me whenever I’m on set because it’s such a big part of who I am.

10. “Je So’ Pazzo” You could classify Pino Daniele’s music as blues, but what we say in Naples is just that it’s “Pino’s music,” because it’s its own thing. He was so incredible because of his technical talent but also because of the way he used his music to express a moment in time in Italy, specifically in Naples. This song talks about Masaniello, a kind of spokesman of the Neapolitan people. It literally translates to “I’m crazy.”