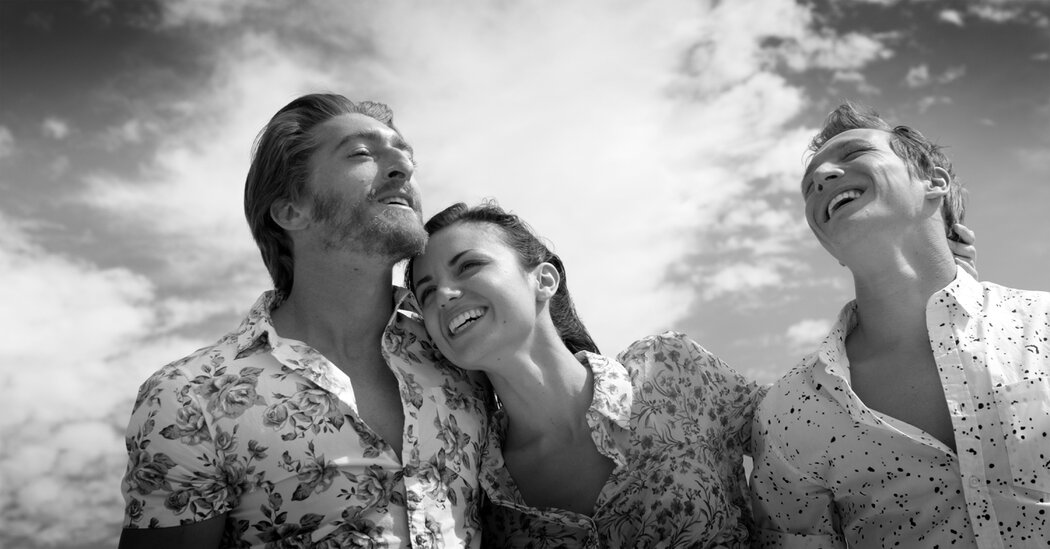 After attending a string of terrible business meetings on behalf of his father, Marcello (Mattia Minasi), the son of an Italian soap opera star, meets Nassim (Neyssan Falahi), a struggling actor and semiprofessional fighter, on the beach. The two strike up a friendship because, as the film’s narrator dutifully notes, Nassim “recognizes a young version of himself” in Marcello. Two become three when the pair meet Christine (Cristina Rambaldi), an artist grieving her grandfather, at the coffee shop where she works. The three eventually fall in love, and Sveltlana Cvetko, the director and cinematographer, renders their courtship beautifully. They meditate on their fears at Christine’s art show, laugh at the beach and talk dreams over eggs and toast.

Billed as an ode to Francois Truffaut’s “Jules and Jim,” “Show Me What You Got” embraces the experimentalism of the French New Wave, but leaves much to be desired when it comes to exploring the inner lives of Marcello, Nassim and Christine. The three millennials remain sketches, as if the fact that they are in a throuple relieves the screenplay of character development. Attempts to weave their stories together, either explicitly through the narrator’s exposition or more subtly through the cinematography, don’t always work. As a result, while aspects of the characters’ relationship are gorgeously captured, the moments that test their bond feel forced.

Show Me What You Got
Not rated. In English, Italian and French, with subtitles. Running time: 1 hour 41 minutes. Watch on Laemmle’s Virtual Cinema.