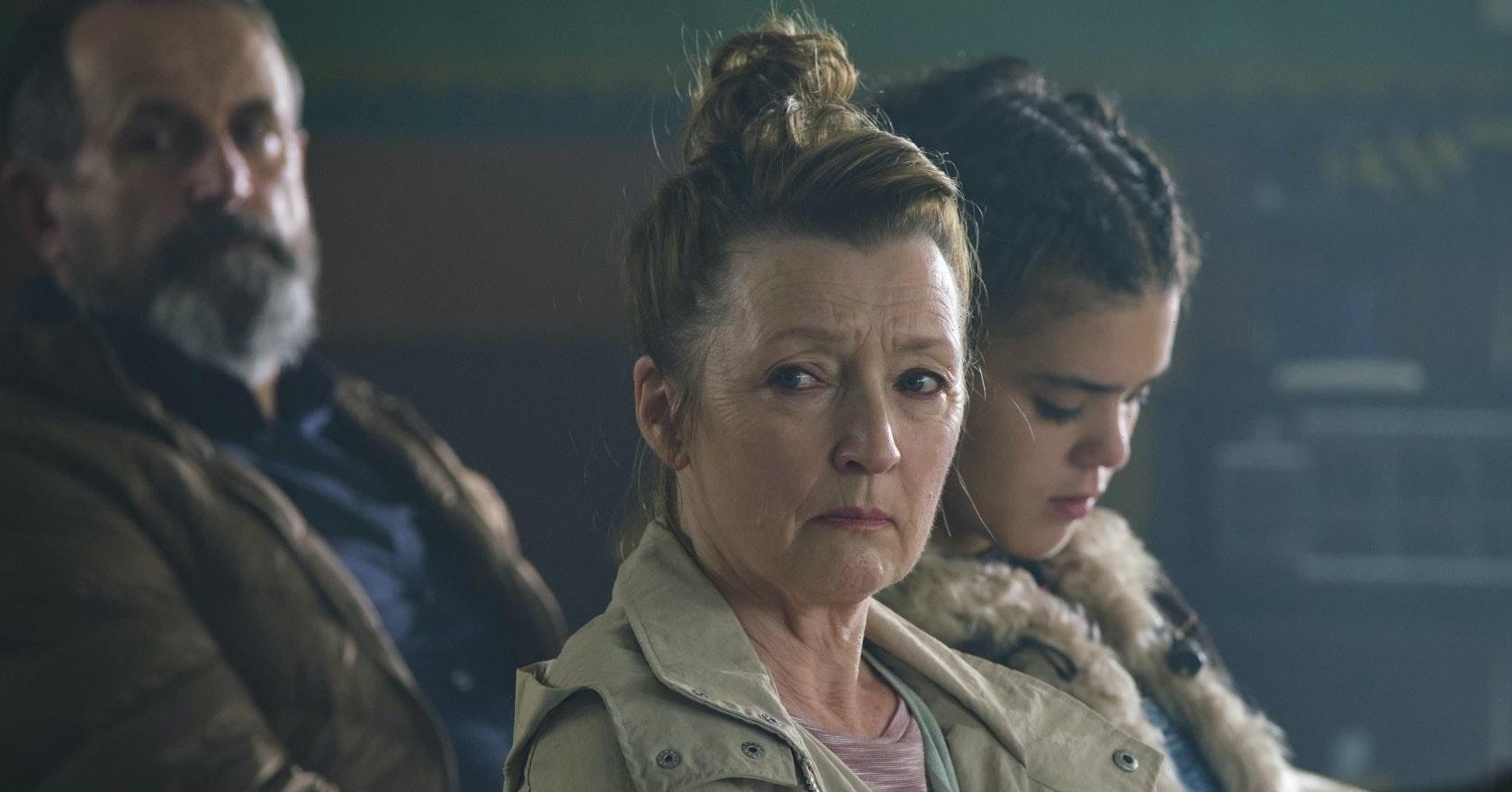 BBC’s Sherwood has reached its much-anticipated conclusion, and with the finale airing just last night, the acclaimed series has also now been renewed for season two.

If you’ve been avidly tuning in every Monday and Tuesday for the past three weeks, you’ll know by now that the ending of Sherwood was a bittersweet moment.

While we didn’t quite want the drama to end, we did finally learn the identity of the enigmatic “spy cop” in the small Nottinghamshire town – someone we definitely weren’t expecting, may we add. (No explicit spoilers here if you’re yet to watch it, don’t worry.)

We were led to believe that it could very well be DCS Ian St Clair’s (David Morrissey) own wife Helen (Clare Holman), but really, the mysterious figure was much more engrained in the small community. The last episode was, on the face of it, an unexpected end to such a well-paced crime thriller, and one filled with flashbacks of long-held romance, love and a community forced to reckon with its past.

The conversations and grievances of the 80s were finally aired, and in the poignant community hall scene, residents aired sentiments that hark true to today’s political climate.

Julie (Lesley Manville) said: “Blame each other rather than them – we’re still bloody doing it… I mean, look at what they still call us, what we call ourselves: ‘a former mining town’. Why? ‘Post-industrial.’

“How the hell are we supposed to move on from that when even the way we talk about ourselves is by what we aren’t anymore?”

Ultimately, justice prevailed and broken bonds were repaired, cementing the fact that you can only live in the memories of the past for so long. And while the final episode was a fittingly neat end to the drama, the BBC has confirmed that a second season is in store.

The BBC drama chronicles the after effects of the 1984 Mining Strike.

Sherwood has been recommissioned by the BBC, and it has been revealed that series creator James Graham will once again look to take inspiration from the pit villages and surrounding towns of his home county. According to the BBC, the new series “will continue the themes of examining the lives and legacy of those governed by Britain’s industrial past with stories from communities of the ‘red wall’ towns, the controversial deployment of so-called ‘spy cops’ and how seismic ripples from the past can come back to haunt the present.”

Speaking of the new series commission, Graham says: “I’ve been so deeply moved by the response to Sherwood. These stories come from my home, and I want to specifically express gratitude to my community for whom I know these subjects can be difficult, but – I hope – important ones to explore.

“The East Midlands and former ‘red wall’ areas like it are never just one thing – politically or culturally – and it’s been the honour of my life to give voice and character to a place I love. It’s a county of great stories and legends, past and present, and I can’t wait to show audiences more.”

And it’s safe to say that if season one is anything to go by, we’re in for a veritable treat with the second series. Viewers were quick to shower Sherwood with praise after the final episode:

The notion of dividing communities in order to conquer them is one that resonated with many viewers:

But honestly, the drama really did bowl us over with how multi-layered it was:

It resonated with viewers who had lived through the mining strikes of the 80s as well as those who didn’t know all that much about them:

And, of course, the drama had some undoubtedly amazing acting talent:

We could go on and on with praise for the series, but there’s no denying that it’s one of the best BBC dramas of the year so far. We’ll be sure to keep you updated with any series two news as and when we know more.

Sherwood is available to watch on BBC iPlayer now.