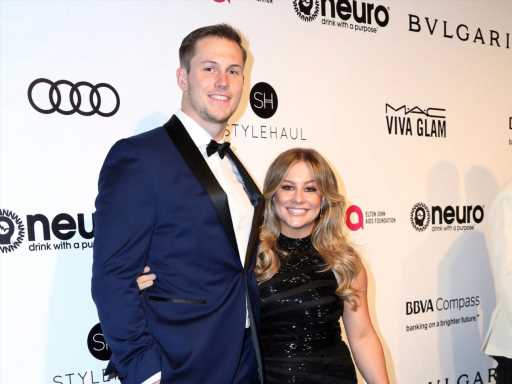 Former Olympic gymnast Shawn Johnson East and her husband Andrew East’s family got a little bigger and brighter last week when they welcomed their second child together, a baby boy, less than two years after welcoming their daughter Drew Hazel East. Johnson East announced her pregnancy back in January 2021 with a gorgeous series of bump photos captioned “Here we go again,” and her Instagram reveal of baby boy East to the world is just as stunning and simple. Get ready, because she didn’t just share the first photos of her son, but the first photos of her son with big sister Drew, and it’s a whole lot of cuteness. 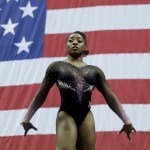 “Welcome to the world little man! We love you so much!” East captioned the first photos she’s sharing of her baby boy with the world (see photos on Instagram HERE), and they were well worth the wait. Black-and-white photos show her newborn in his mama’s arms with dad East’s hand helping hold him, baby East sitting in sister Drew’s lap, and finally, their baby wrapped in a blanket with one foot sticking out.

Back in April, Johnson East spoke with SheKnows about how she feels about becoming a “boy mom” and admitted she was convinced Drew would be a boy until the very last minute.

“We didn’t find out what we are having with our daughter until she was born, and I was convinced until the day she was born that we were having a boy,” she told SheKnows’ Sabrina Rojas Weiss. “I was mentally prepared for that. I thought, the rough and tough and lighting stuff on fire — I could deal with that. I was really scared by a girl and the emotions, the sensitivities, and … the little nuances that can be different between boys and girls. And I fell in love with being a girl mom. I swore I would never buy something pink. I would never be into the girly stuff, but I am fully immersed.”

“Now I’m getting ready to have a boy, and I don’t know how to do it. It’ll be awesome,” she added. “I’m so excited, and I think especially with my daughter, she’s a very rough and tough girl, so it’ll be a perfect match.”

From these first photos, it already looks like a match made in heaven to us with Drew. Congratulations again to this big and beautiful family!

Before you go, click here for all the celebrities who welcomed babies in 2021.