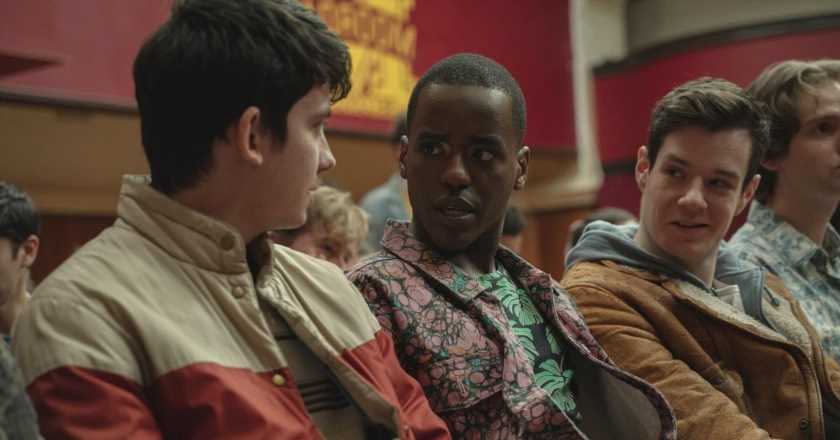 In exploring the individual struggles of its characters, Sex Education’s season three finale reminds us that we never really know what other people are going through, writes Stylist’s Lauren Geall.

If you’re reading this, chances are you’ve worked your way through the hotly anticipated third season of Netflix’s Sex Education. The show, which landed on the platform earlier this month, has yet again been met with lots of positive reviews, prompting Netflix to announce over the weekend (25 September) that the show will return for a fourth season.

For the time being, however, we’re still reflecting on everything that went down in season three – especially during that all-important final episode.

Sex Education season 3: why this understated moment from episode 3 is so important

After a season that has tackled a long list of important topics including gender identity, geriatric pregnancy and body reclamation after sexual assault, the season finale may at first seem pretty tame – the students’ decision to rise up against Hope’s (Jemima Kirke) plan for the school in episode seven may have felt more like the ‘obvious’ conclusion. But in giving space to the individual struggles each character is facing – and allowing most to reach a point of resolution – the finale serves as a reminder of an all-important truth: that everyone is dealing with their own problems, and you never really know what someone is going through behind-the-scenes.

From the opening moments of the finale, this message is made crystal clear. We see Layla (Robyn Holdaway) – the non-binary student whom Hope uses throughout the show as an ‘example’ of how Cal (Dua Saleh) should behave – struggling with gender dysphoria and using bandages to bind their chest. Until this point, Layla has remained a background character, but in the season’s closing moments, we get to see the struggle they’re facing at home.

This is the start of a trend that continues throughout the episode. As the characters deal with the fallout of Moordale having to close, we see them all working through personal struggles, too – Ola (Patricia Allison) misses her mum and is worried about how Jean’s (Gillian Anderson) baby will affect her relationship with her dad; Lily (Tanya Reynolds) struggles to embrace her ‘weird’ side after being shamed by Hope; Aimee (Aimee Lou Wood) isn’t sure whether or not to break up with Steve (Chris Jenks); Maeve (Emma Mackey) wrestles with the opportunity offered to her in America; Eric (Ncuti Gatwa) and Adam (Connor Swindells) decide to go their separate ways; Michael (Alistair Petrie) and Maureen (Samantha Spiro) wonder whether they should get back together; and Cal has to make the difficult decision to distance themself from Jackson (Kedar Williams-Stirling) in order to avoid getting hurt.

Even Hope, whose character mainly serves as a roadblock for the other characters throughout the rest of the season, is shown to be dealing with the fallout of her fertility struggles – a moment that leads to an incredibly sweet and heartfelt conversation with Otis (Asa Butterfield).

In this way, while the finale doesn’t feature many collective moments, it gives us an insight into each of the characters’ individual struggles. Thanks to its broad ensemble cast, this is something which Sex Education tends to do incredibly well – and the season three finale really hammers home how valuable this can be.

Sure, the finale may leave us with a lot of unanswered questions (will Maeve and Otis get together when she returns from America? And where will the students of Moordale study now?), but its small-scale focus is a reminder that you never really know what someone is dealing with underneath the surface: and we think that’s a pretty powerful message.