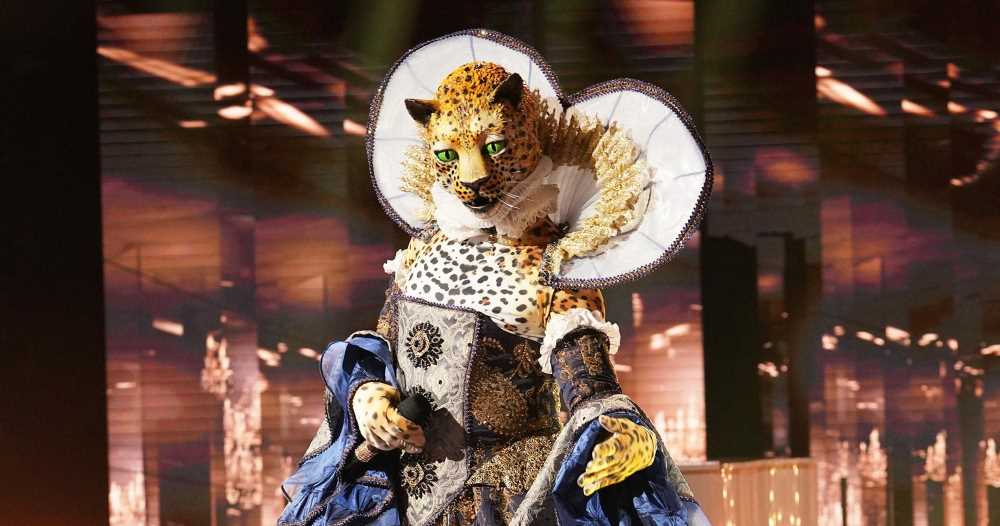 Here’s a break down of the very subtle clues given during the sneak peek:

Skeleton: “I’ve got a bone to pick with any contestant who thinks they’re going to win this competition,” this character said. In the video, the tombstone next to him read, “4261.” Could that be a birthday? For the record, Christopher Meloni was born on April 2, 1961.

Fox: The main clue on this was, “This superhero is ready to devour the competition.” Near by was a “Studio 46” sign.

Ice Cream: “I may be sweet, but I’m here to lick the competition and ice cream float to the finale. … I’m made of sugar and dairy, and I live for half of February,” this singer said, standing in front of a calendar with Valentine’s Day circled. 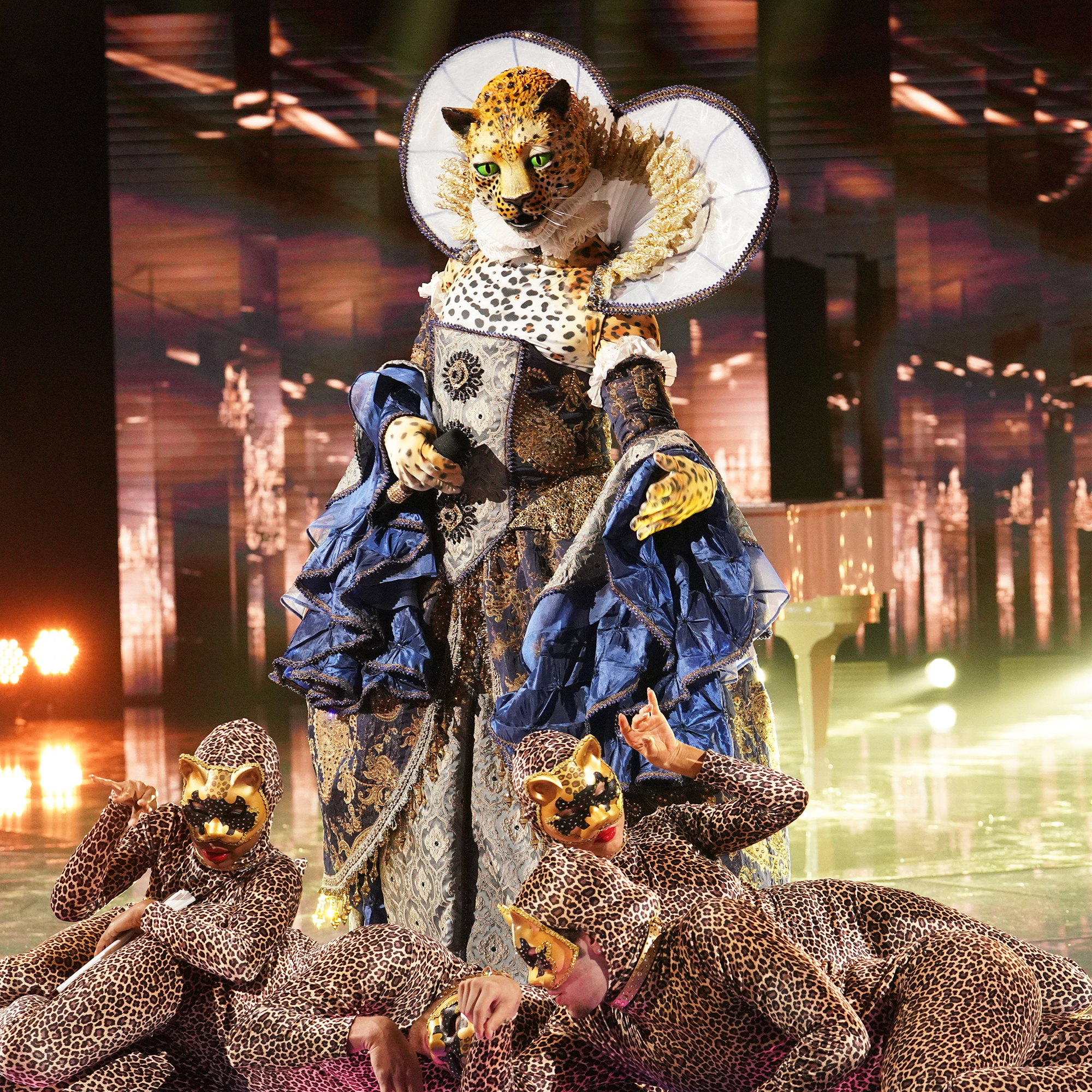 Eagle: The eagle rocked “their signature rockstar outfit,” which included a red bandana and sun medallion. In the video, the bird rode through the desert on the motorcycle. Plus, he said, “If you know an eagle’s body temperature, you may be hot on my tail.” (That number is 106, by the way.)

Tree: In her video, this singer called out “tree huggers, wore pink lipstick, and was referred to as “delicious.” The outfit included “1950s pinup queen inspiration” and she stated, “Security make me feel like precious cargo.”

Flamingo: With a “pretty in pink” quote, this singer said that they “love this mask as much as I love mascara.” During a sneak peek performance, she performed “Lady Marmalade.”

Butterfly: “I’m flying high and ready to shake up the competition. … Are you ready to feel the Butterfly Effect?” she said, wearing an outfit with 10,000 sequins sewn on by hand. “I just pray I don’t fall over,” she added, with an emphasis on “pray.”

Penguin: “I’m bringing the heat,” they said, while rocking many different hairstyles in polaroids. “Every time you think you’re getting warmer, I promise, you’re actually getting colder,” the singer said. 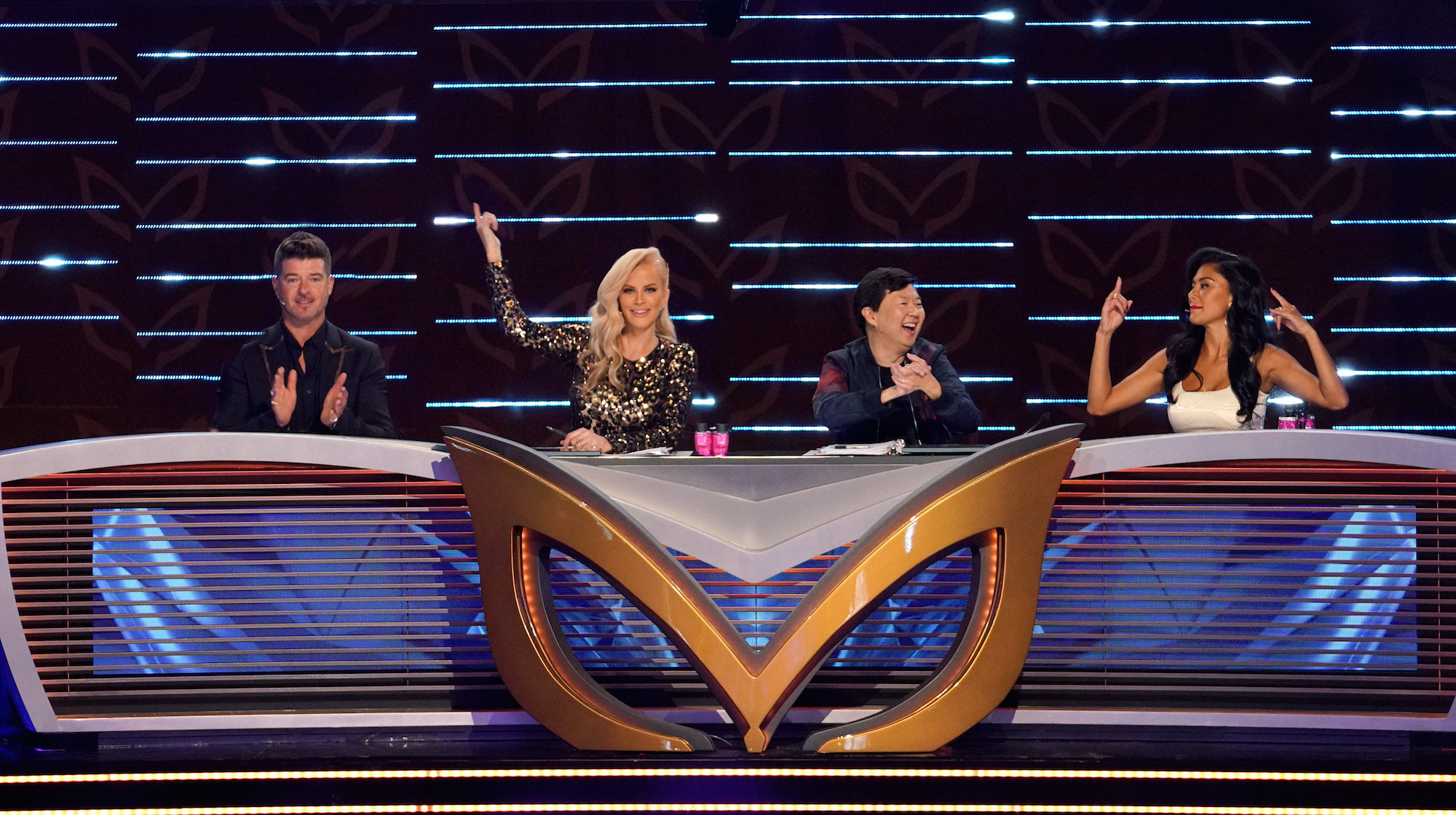 Leopard: “The security here reminds me of the secret service. I should know,” the singer said. “I’ve been spotted with the President.” While it could be someone Donald Trump has worked with or dated, it’s important to remember it could be anyone who has appeared on Celebrity Apprentice.

Egg: “I belong on this stage more than I belong with bacon,” the egg said. “As my mom always told me, life has an expiration date so always work hard for the first and last vowels of the alphabet. … I’m pro team.”

Rottweiler: “My bark is just as big as my bite. I’m a total perfectionist and I’m going to work my tail off,” this singer said. Cannon revealed the costume team worked closely with the celeb to “create his signature hip-hop look.”

Flower: “I blossom in every field I plant myself in,” the flower said. “When I take this beautiful mask off, you will be blow away.” Plus, the numbers “314” were in the wall behind her.

Thingamajig: “Don’t call me Chewbacca but we do celebrate together,” this singer said; Cannon added this is the tallest costume ever, with 50,000 strands of hair. In a sneak peek performance, he sang a cover of Kacey Musgraves‘ “Rainbow.”

Panda: This seems to be a professional chef, saying a that his bamboo was sweet, “especially the way I prepare it.”

Black Widow: The spider — whose costume was completely molded by hand — didn’t give many hints in its preview, except a tarot card.

The 16th character will be revealed on Emmy night! The Masked Singer premieres on Wednesday, September 25, at 8 p.m. ET.