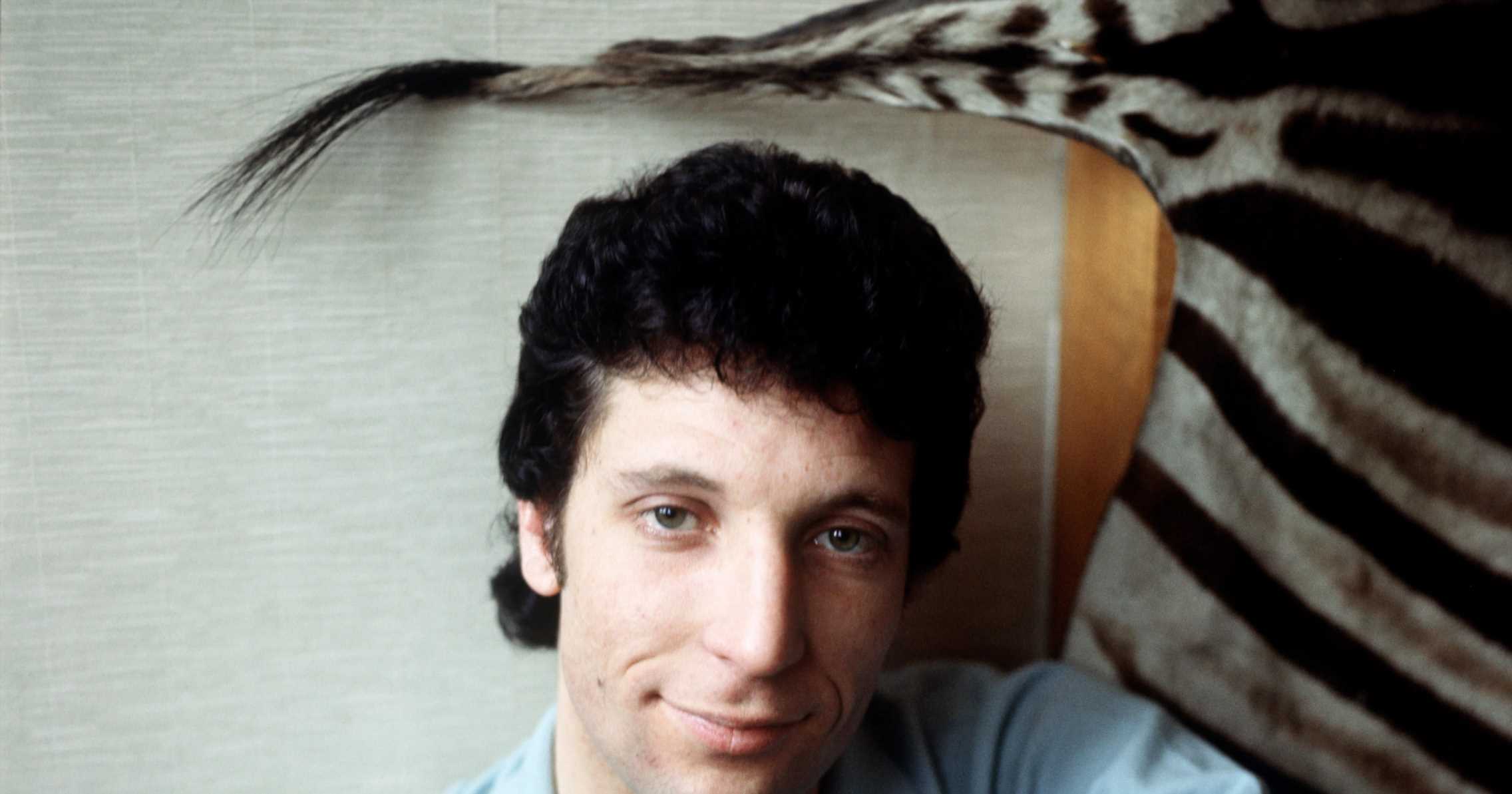 For some musicians, age is nothing but a number! In celebration of the April 23, 2021, release of “Surrounded by Time” — a new project of covers by Tom Jones and his 41st studio album — Wonderwall.com is taking a look at what some of our favorite older musicians looked like at the beginning of their careers… starting with the Welsh hitmaker. Since breaking onto the music scene in the early ’60s, Tom’s baritone has sparked a slew of successful hits including “It’s Not Unusual,” “What’s New Pussycat?” and “Green, Green Grass of Home.”

RELATED: See what your favorite country stars looked like at the beginning of their careers

Cher, who’s been branded the Goddess of Pop, has long been a pillar of female empowerment in the music industry. In the mid-’60s, she gained popularity as one half of the musical duo Sonny & Cher with then-husband Sonny Bono. In 1966, she began her solo career with the release of the single “Bang Bang (My Baby Shot Me Down).” Cher’s 26th album, “Dancing Queen,” debuted in 2018.

RELATED: See 32 rock stars when they were young

Good golly, Miss Dolly! Dolly Parton made her debut in 1967 when she released her first studio album “Hello, I’m Dolly.” Since then, she’s enjoyed an enduring career that includes more than 40 top 10 country albums, 11 Grammy Awards and five Academy of Country Music Awards. The beloved actress-singer, who last showed up in her 2019 Netflix series “Dolly Parton’s Heartstrings,” released her latest album, “A Holly Dolly Christmas,” in 2020.

RELATED: Dolly Parton turns 75: Her life and career in photos

Tony Bennett was just 25 when his first No.1 hit, “Because of You,” was released. He’s since gone on to win 19 Grammy Awards and two Primetime Emmys. In 2018, “Love Is Here to Stay” — his latest and collaborative album with Diana Krall — was released.

Barbra Streisand has always been a beauty! The New York native — an EGOT (Emmy, Grammy, Oscar and Tony Award) winner — hit the music scene as a nightclub singer then Broadway theater performer in the early 1960s. She released “The Barbra Streisand Album” in 1963. It went on to win two Grammys including album of the year.

Paul McCartney gained worldwide fame as a member of The Beatles. Recognized for his stellar partnership with the late John Lennon, Paul launched a solo career following the group’s disbandment in 1970. His 18th solo album, “McCartney III,” was released in 2020.

Before she was a fashion-loving diva, she was a young star from Canada! Celine Dion made her music industry debut in the 1980s with the release of French-language albums. In the ’90s, Celine garnered worldwide recognition after releasing a string of high performing English-language albums including 1996’s “Falling into You.” More than 30 years later, the international sensation has headlined multiple successful Las Vegas residencies where she performs her No. 1 tracks from “The Power of Love” to “My Heart Will Go On.”

In 1983, Cyndi Lauper released her debut studio album, “She’s So Unusual,” which included hit singles “Girls Just Want to Have Fun” and “Time After Time.” Two years later, she went on to earn a Grammy for best new artist. In 2013, she won a best original score Tony Award for the Broadway musical “Kinky Boots.” Her first ever country album, “Detour,” was released in 2016.

We love the Rocketman! Elton John, one of the bestselling musicians of all time, released his debut studio album — “Empty Sky” — in 1969. As for how his career’s progressed? Elton has since earned five Grammys, two Oscars, two Golden Globes and a Tony Award. In 2021, he’ll release his 31st studio album, “Regimental Sgt. Zippo.”

Queen of Country Pop Shania Twain released her self-titled debut studio album in 1993. Three decades later, the Canadian country star has gone on to become one of the bestselling artists ever, releasing smash hits that include “That Don’t Impress Me Much,” “Man I Feel Like A Woman” and “From This Moment On.”

In the 1970s, Lionel Richie recorded music with funk band the Commodores. In the ’80s, he earned acclaim as a solo artist. The Grammy winner and future “American Idol” judge released his debut self-titled album in 1982.

In the early ’90s, Lauryn Hill comprised one-third of the acclaimed alternative hip-hop trio the Fugees. Her 1998 debut solo studio album, “The Miseducation of Lauryn Hill,” earned 10 Grammy nominations and took home five including album of the year.

Queen of Neo Soul Erykah Badu earned fame in the mid-’90s when she opened for artist D’Angelo. In 1997, she released her first album, “Baduizm,” which included singles “Appletree” and “Otherside of the Game.” Her latest release — the mixtape “But You Caint Use My Phone” — dropped in 2015. Erykah, who has a second career as a doula, has continued to perform live.

Bob Dylan hit the music scene in 1962 with the release of his debut self-titled album. The following year, the cultural icon released “The Freewheelin’ Bob Dylan.” The singer-songwriter’s 39th album, “Rough and Rowdy Ways,” came out in 2020.

Madonna — who found fame with the release of her debut studio album in 1983 — grew her fanbase with the releases of albums including 1984’s “Like a Virgin,” 1986’s “True Blue” and 1998’s Grammy Award-winning “Ray of Light.” Having sold more than 300 million records globally, she’s been regarded as the bestselling female artist of all time.

He’d been playing music long before he made it big, but Willie Nelson made major waves in the country music industry following the release of 1973’s “Shotgun Willie.” Despite its poor commercial performance, the album was one of the pioneering works of outlaw country — a subgenre of the traditional country music sound.

In 1992, Brian McKnight released his debut self-titled album that included singles “The Way Love Goes,” “Goodbye My Love,” “One Last Cry” and “After the Love.” His fifth studio album — 1999’s “Back at One” — is his most successful release of all time.

Loretta Lynn — whose career has spanned an impressive six decades — released her debut studio album, “Loretta Lynn Sings,” in 1963. The album contained singles “I Walked Away from the Wreck,” “Success,” “World of Forgotten People” and “The Other Woman.”

After finding success in the early ’90s as a pop artist, Alanis Morissette’s music career took off following the release of 1995’s “Jagged Little Pill,” which sold upwards of 30 million copies. The album, which marked a stark departure from her previous sound, went on to become a musical of the same name (that garnered 15 Tony Award nominations) in 2017. The Canadian hitmaker’s latest album, “Such Pretty Forks in the Road,” debuted in 2020. 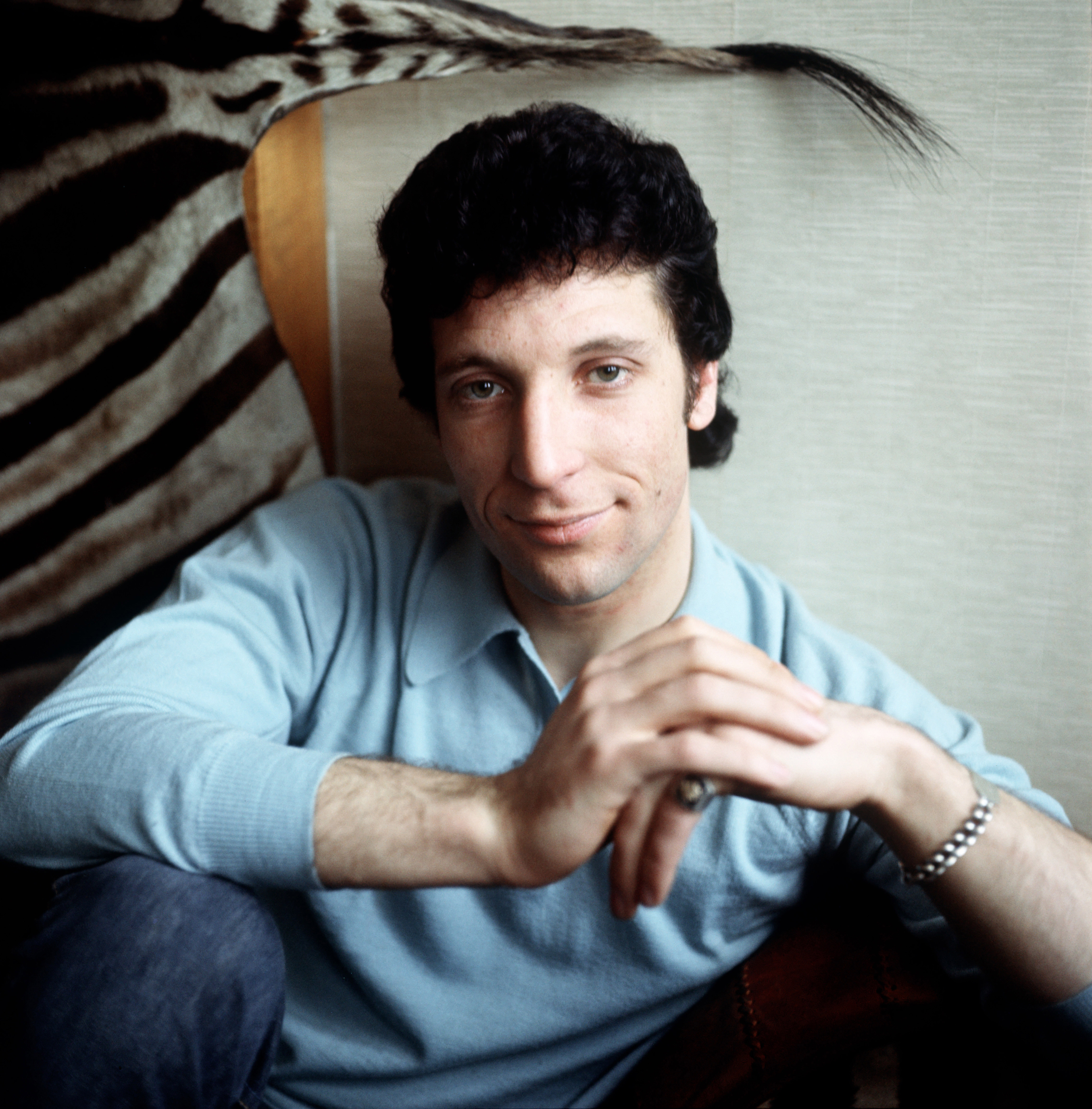 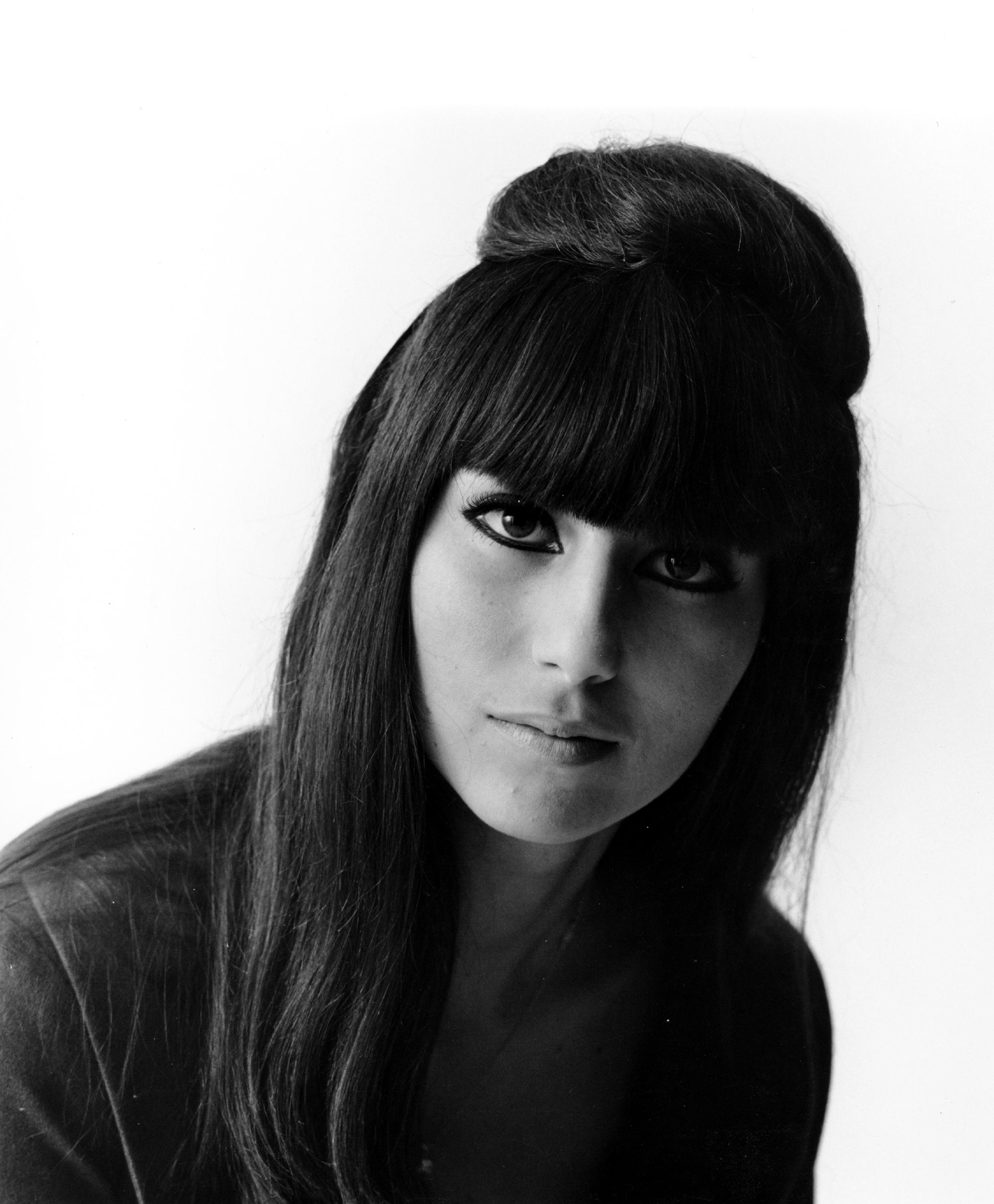 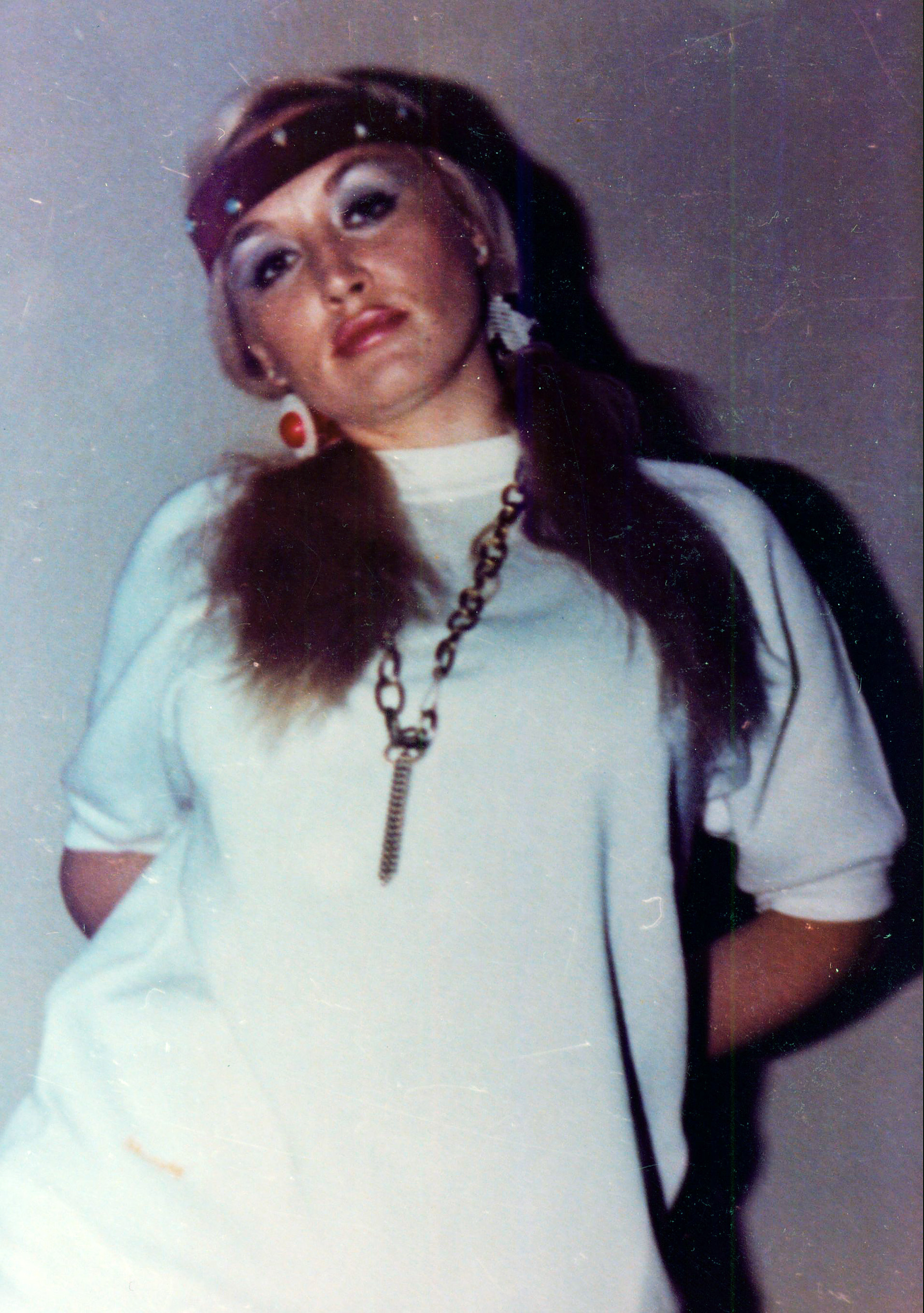 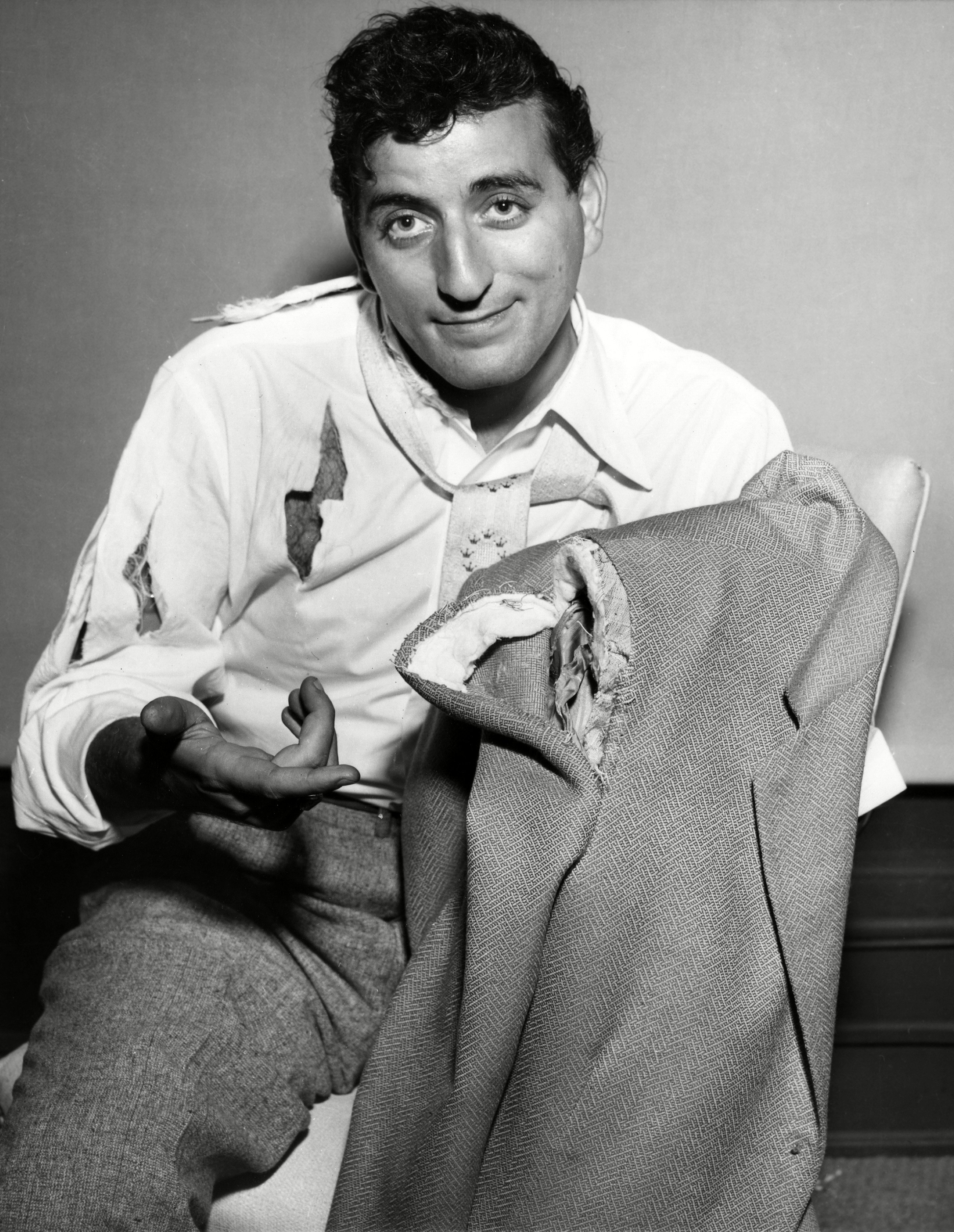 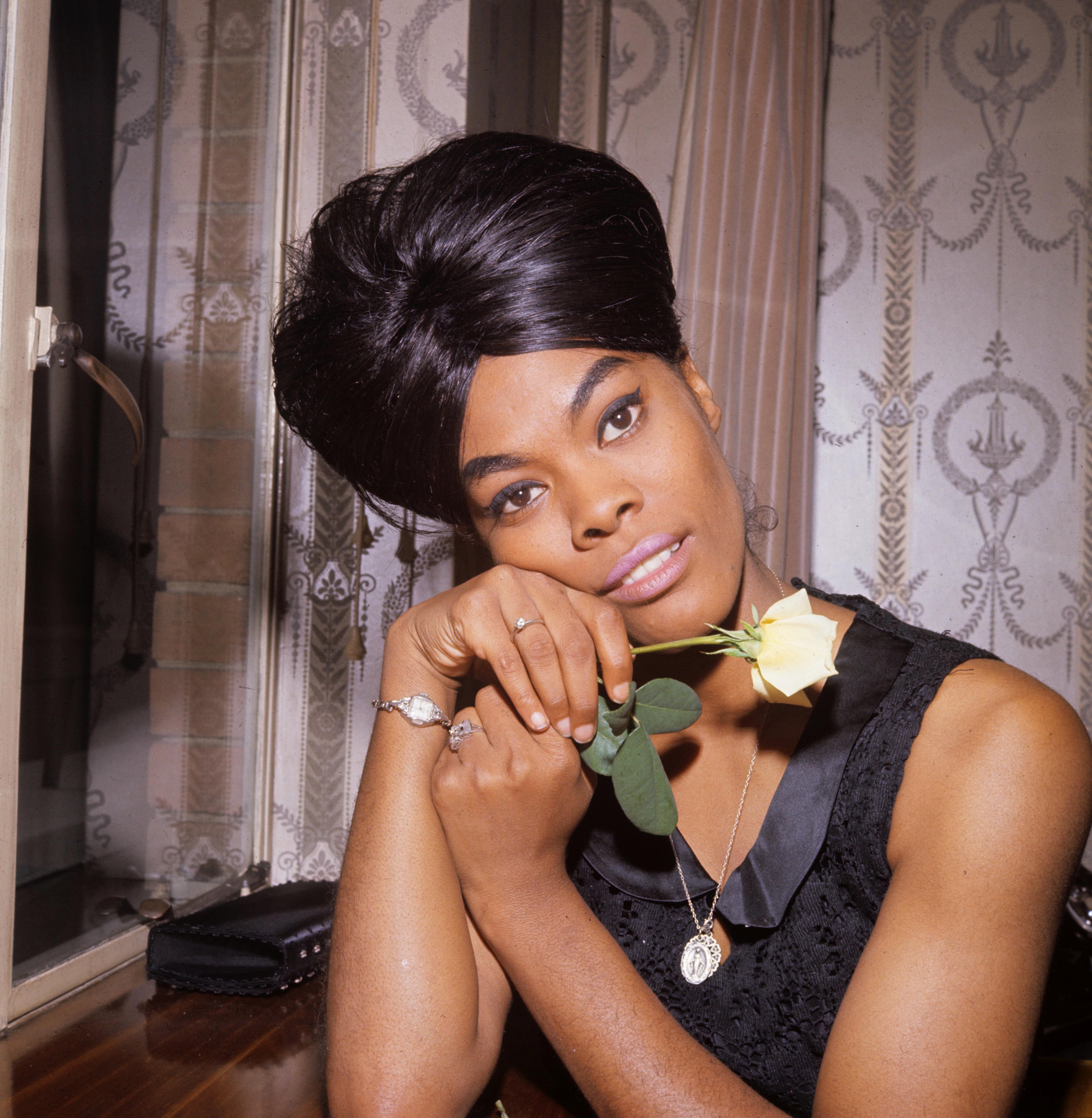 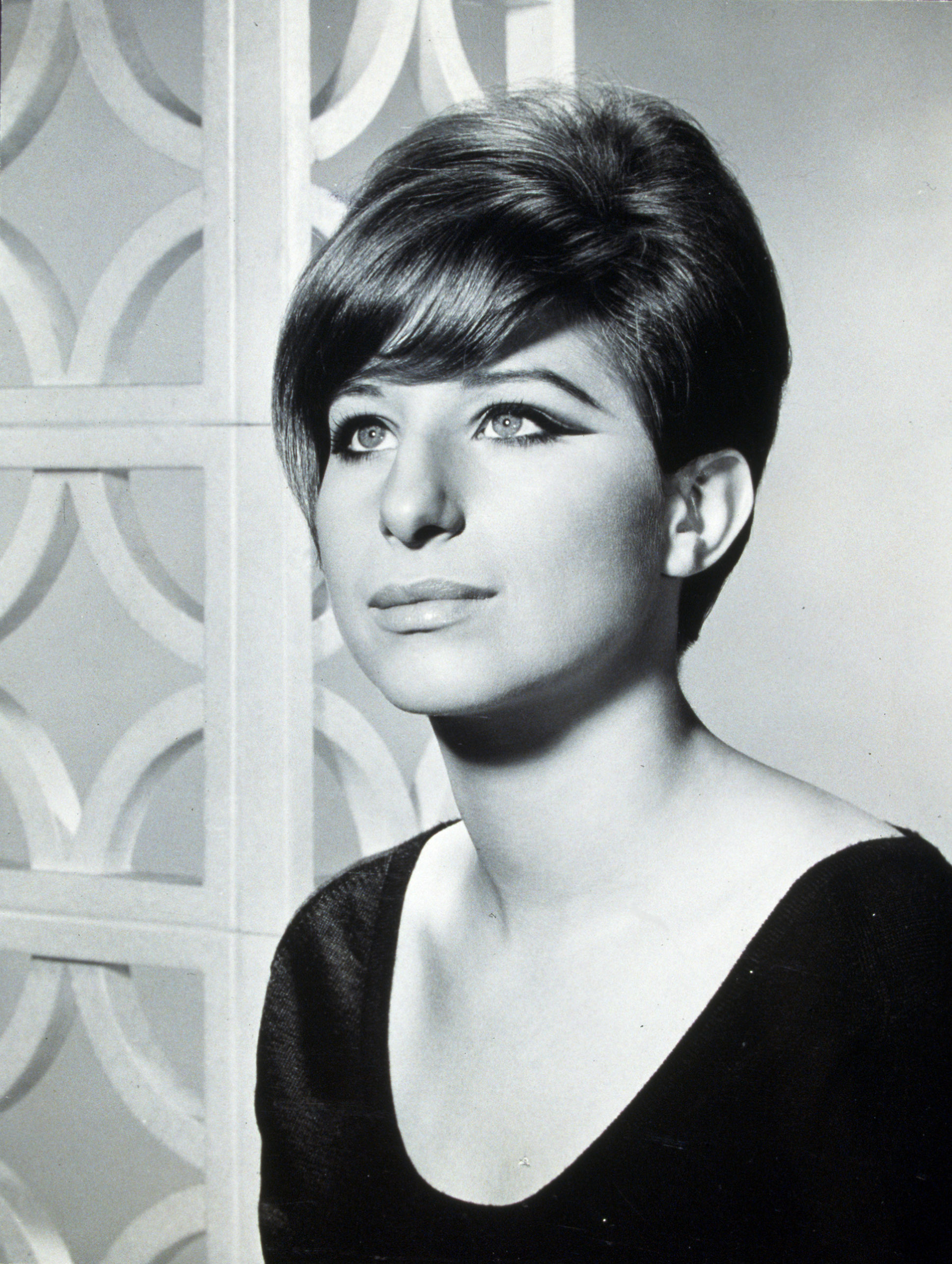 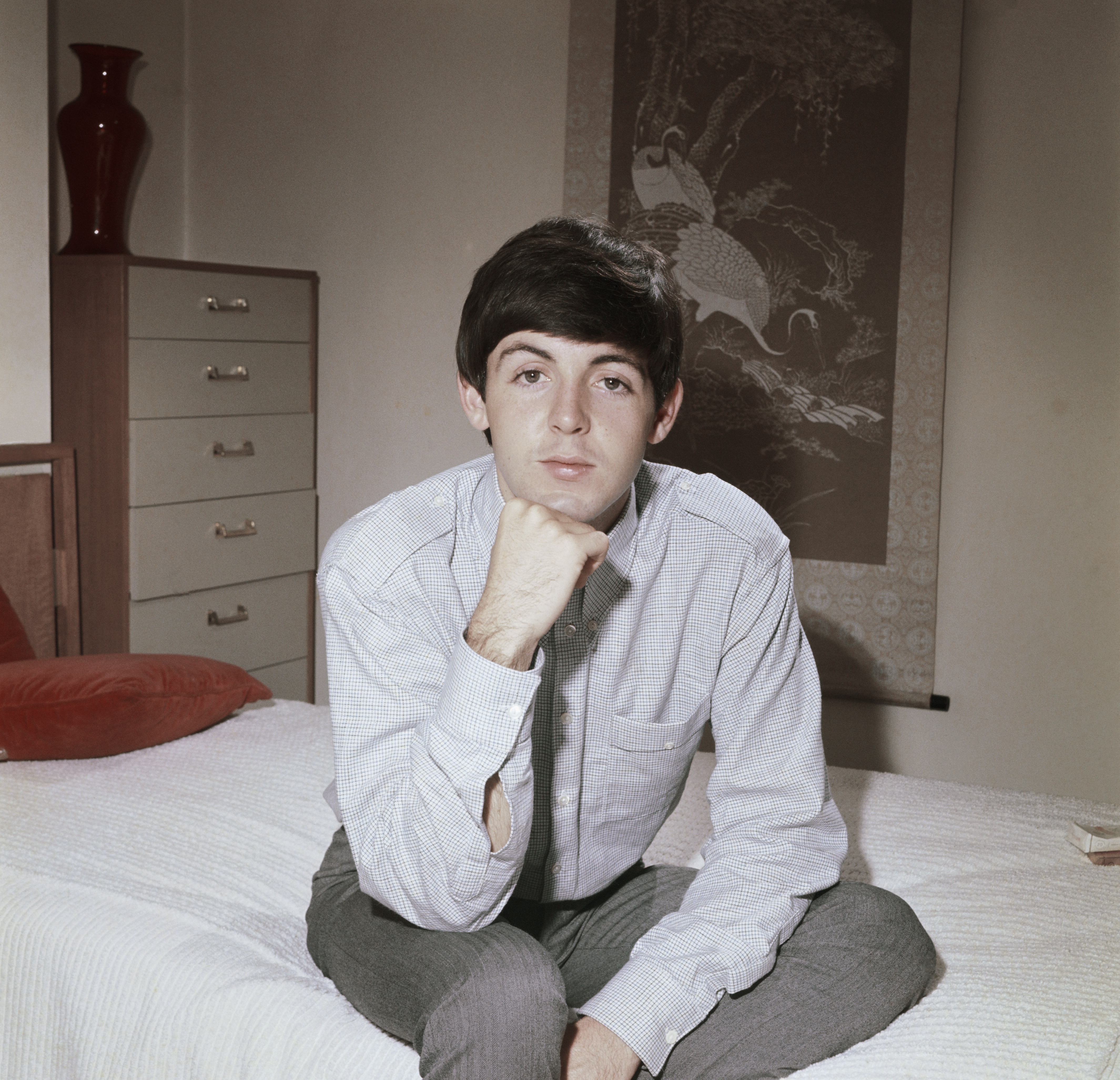 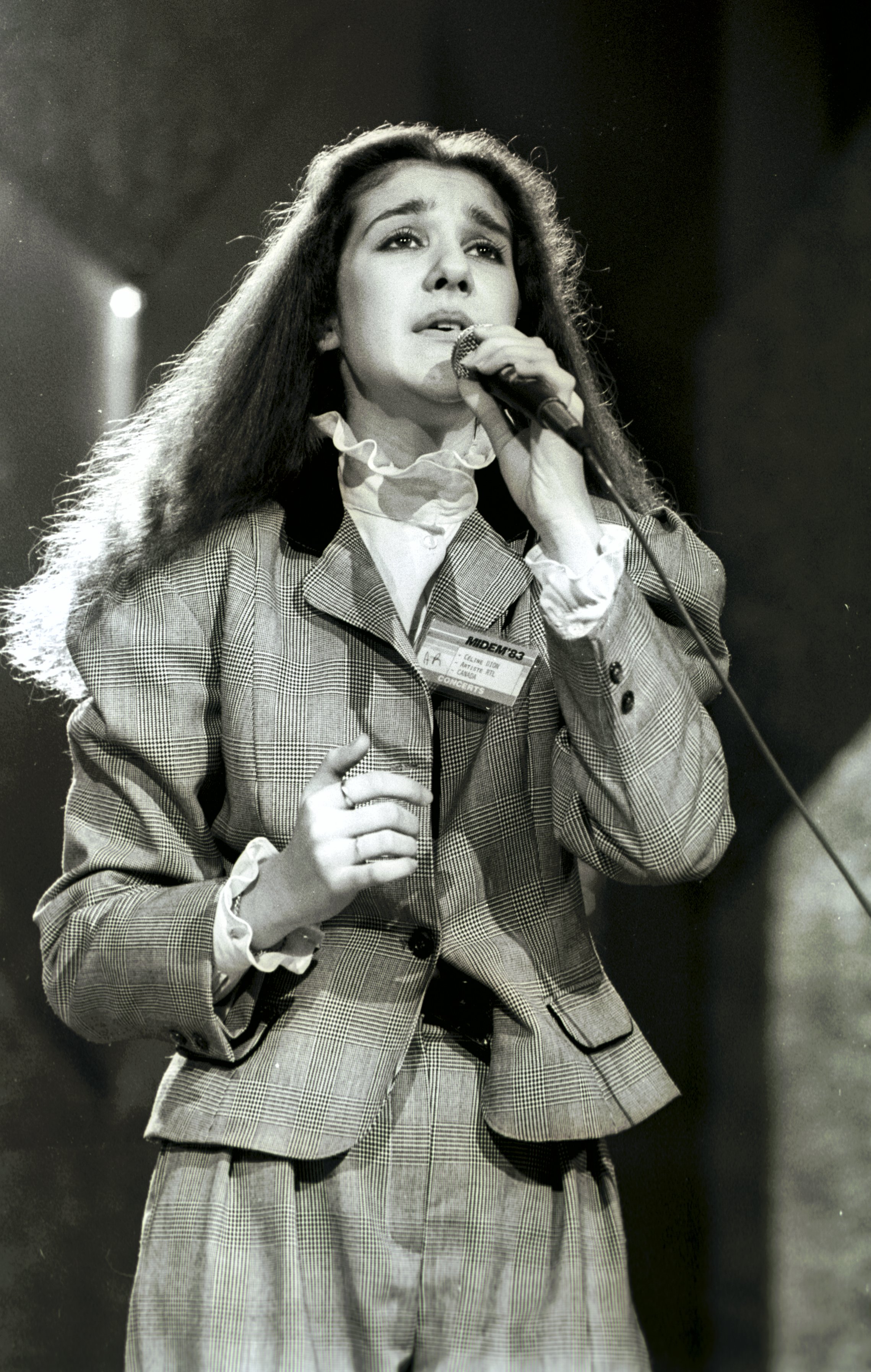 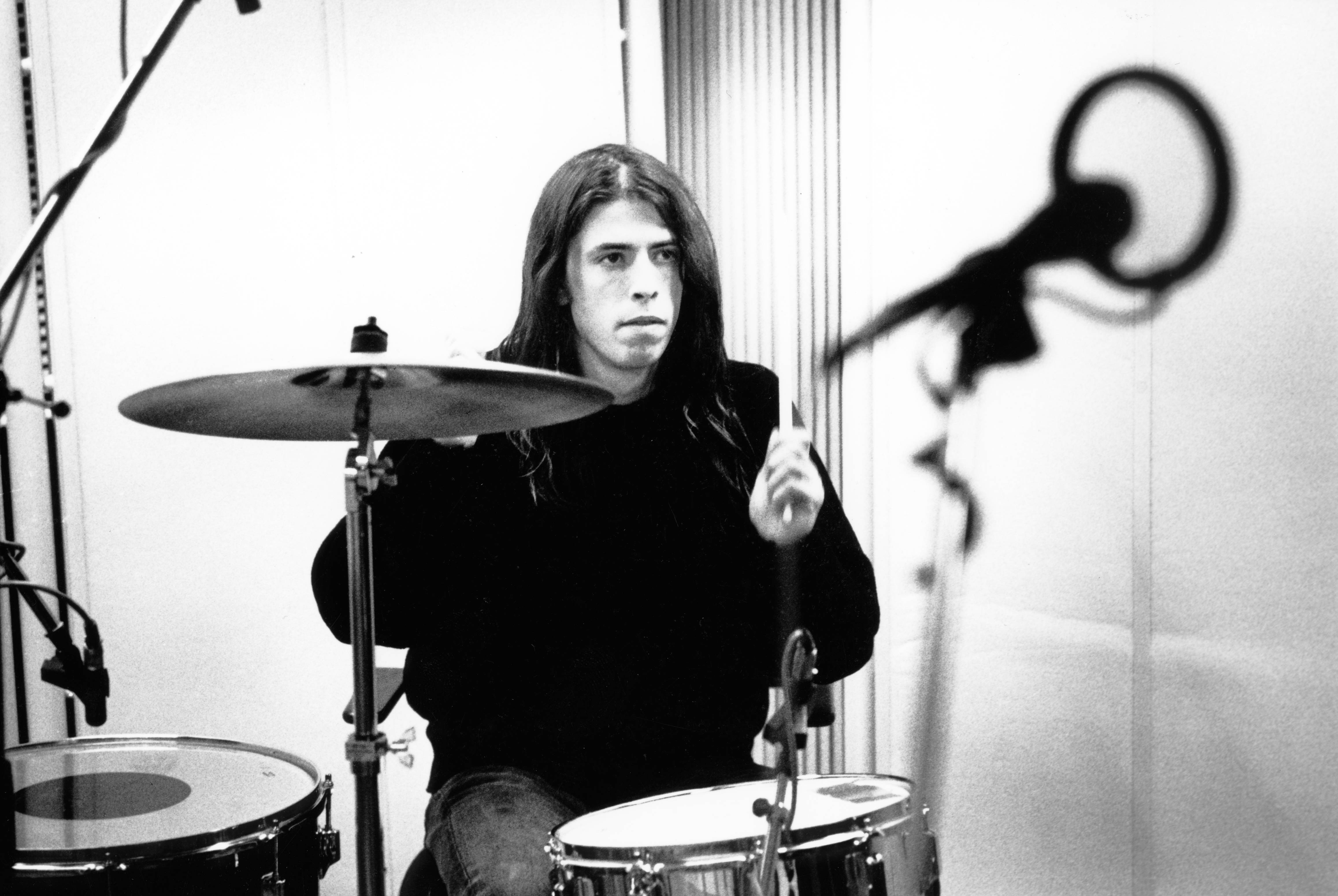 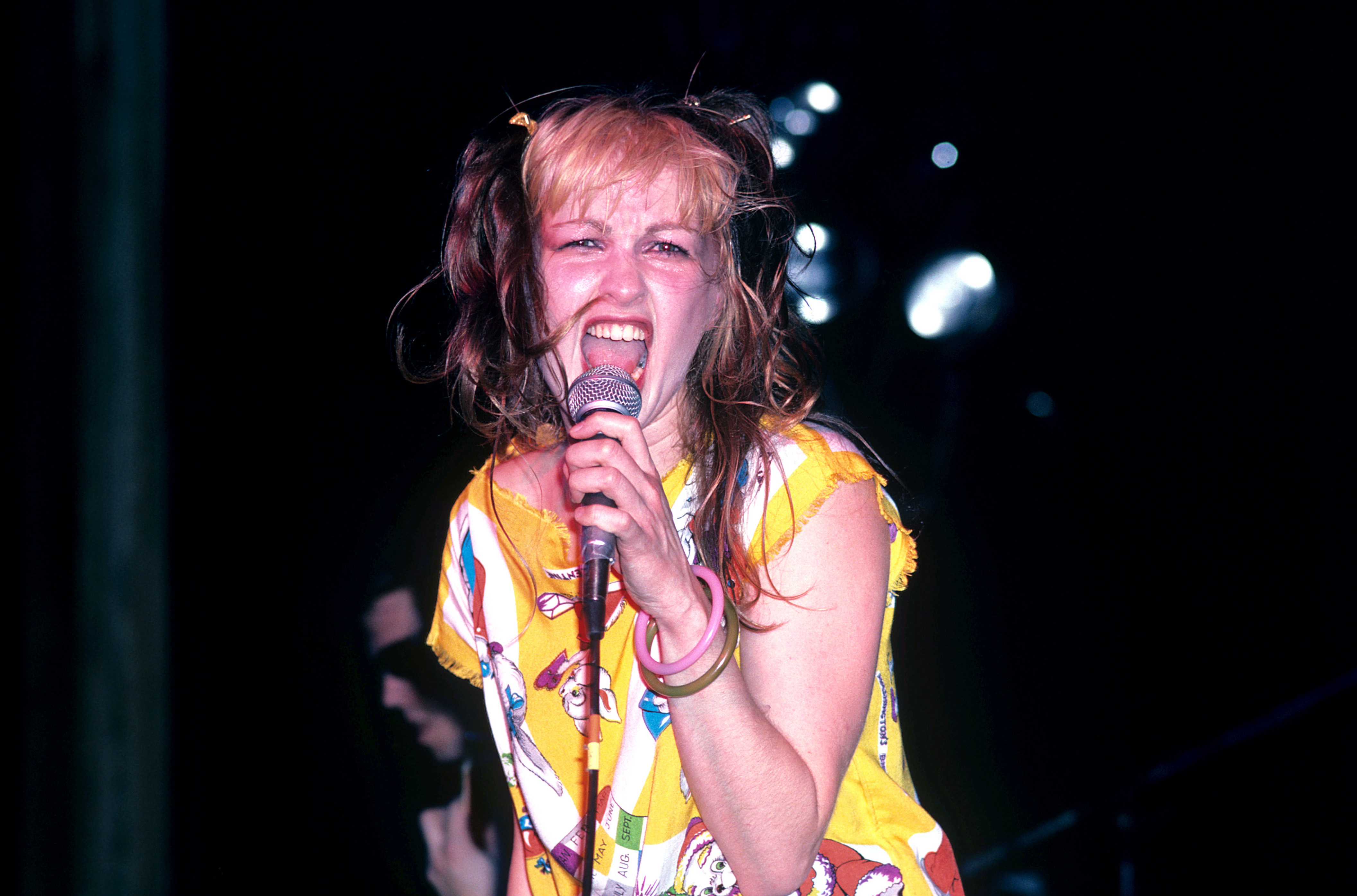 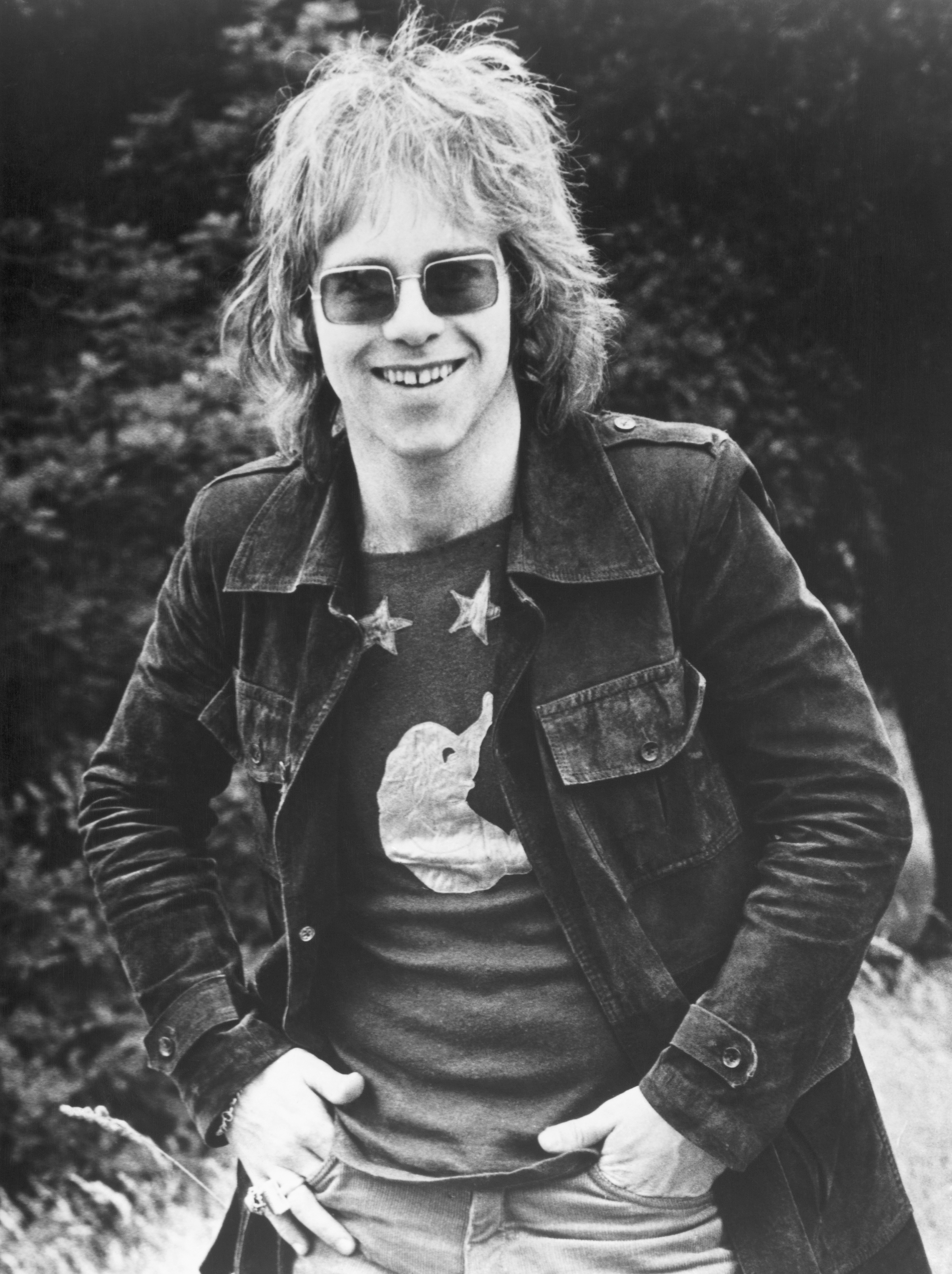 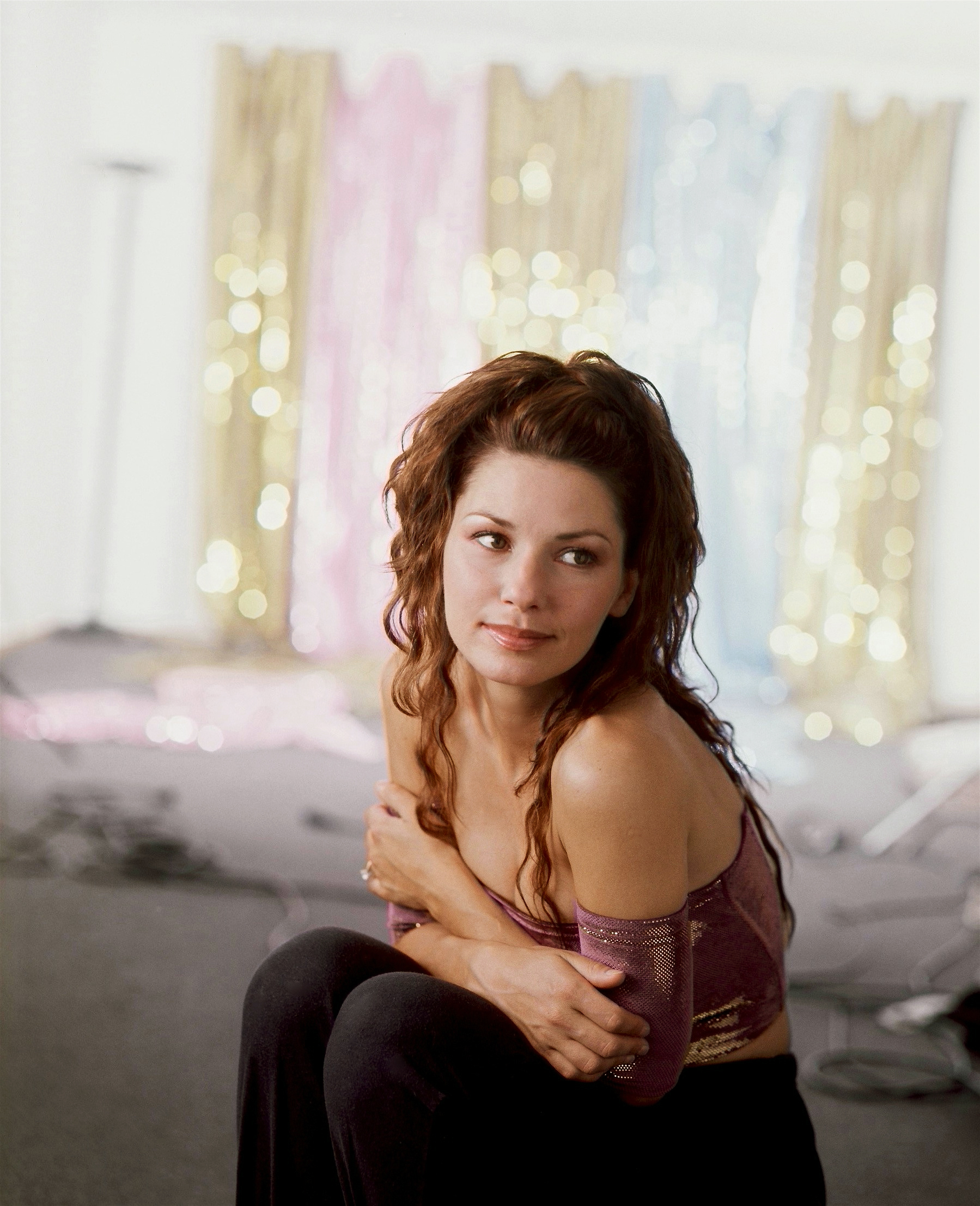 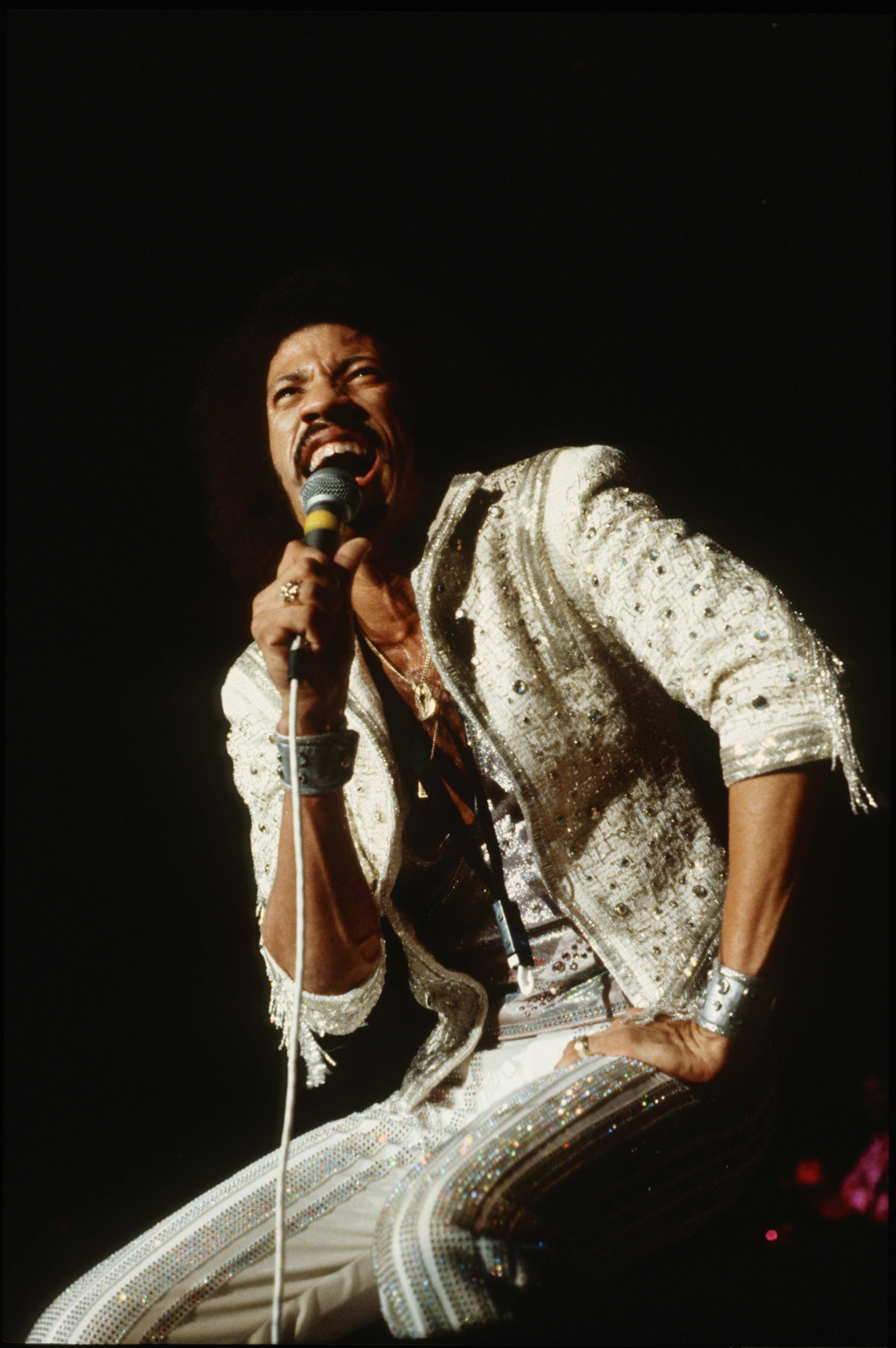 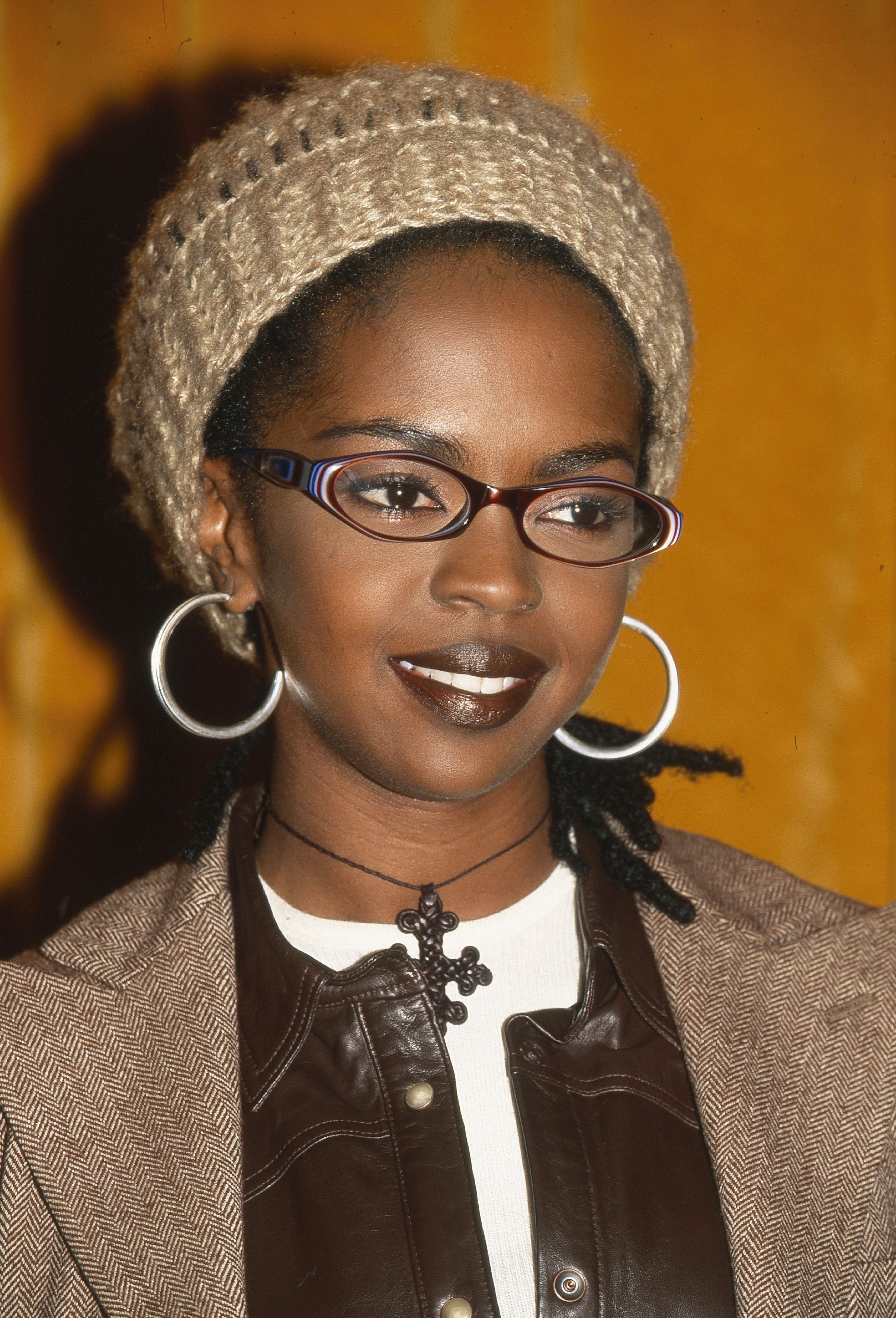 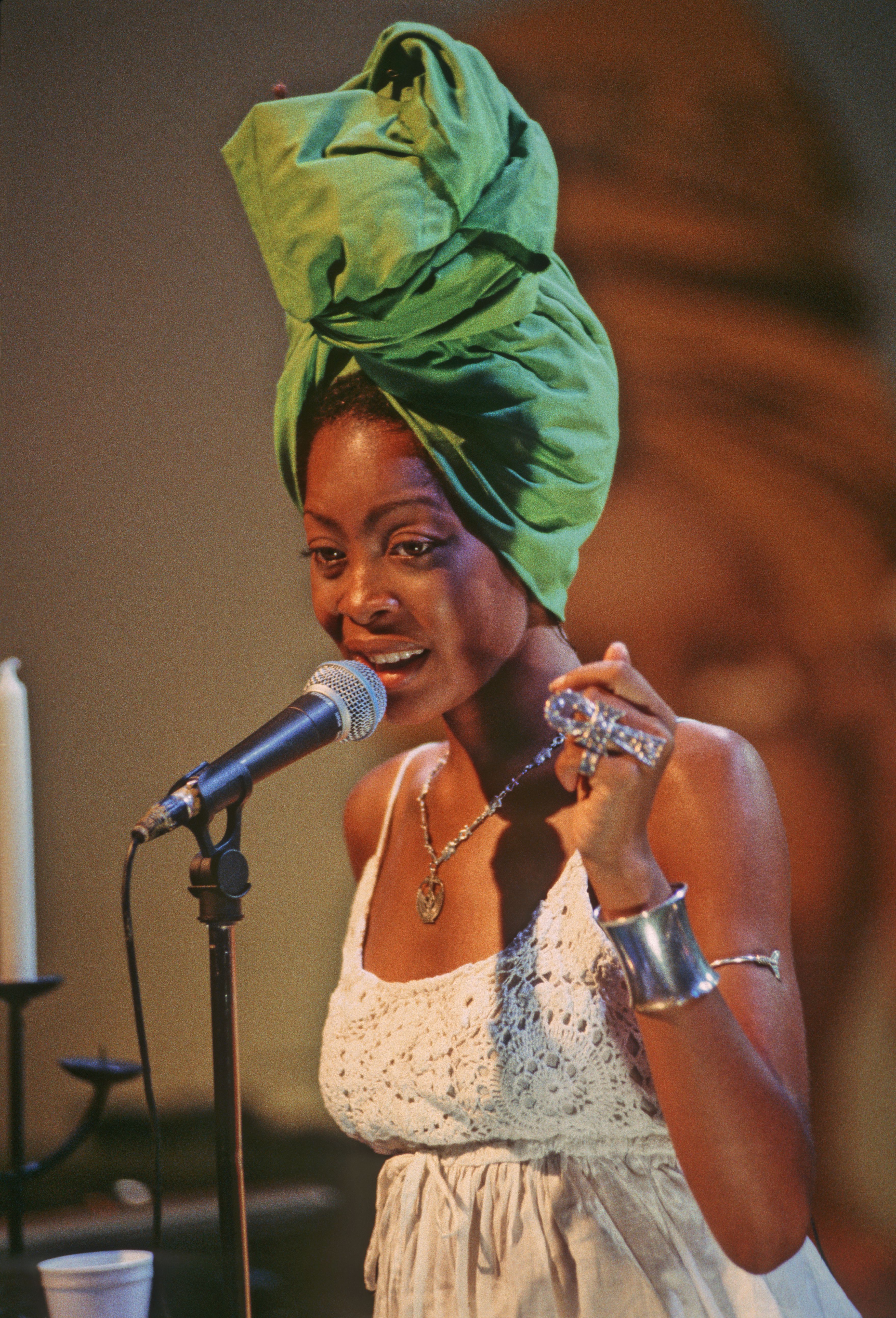 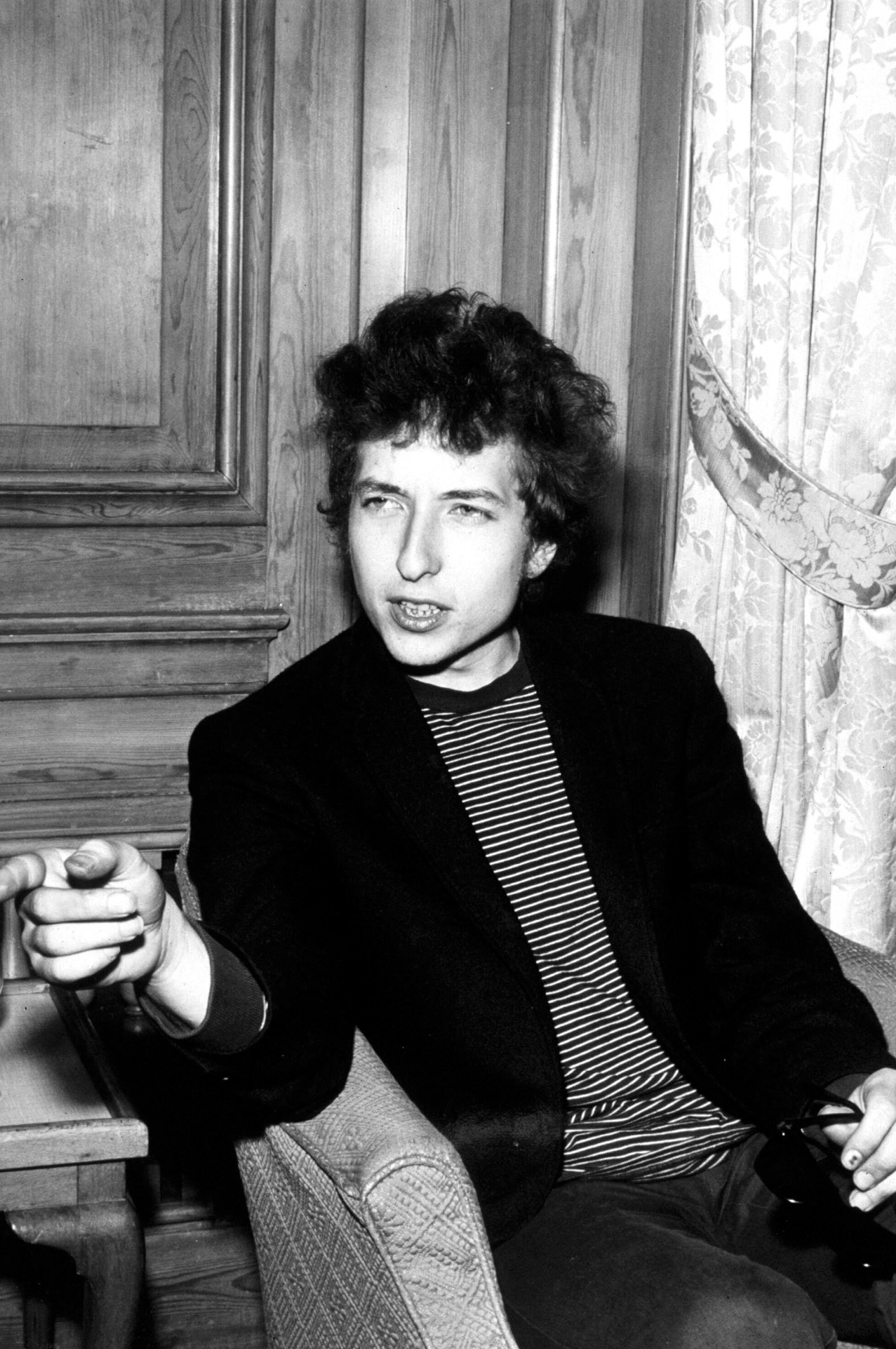 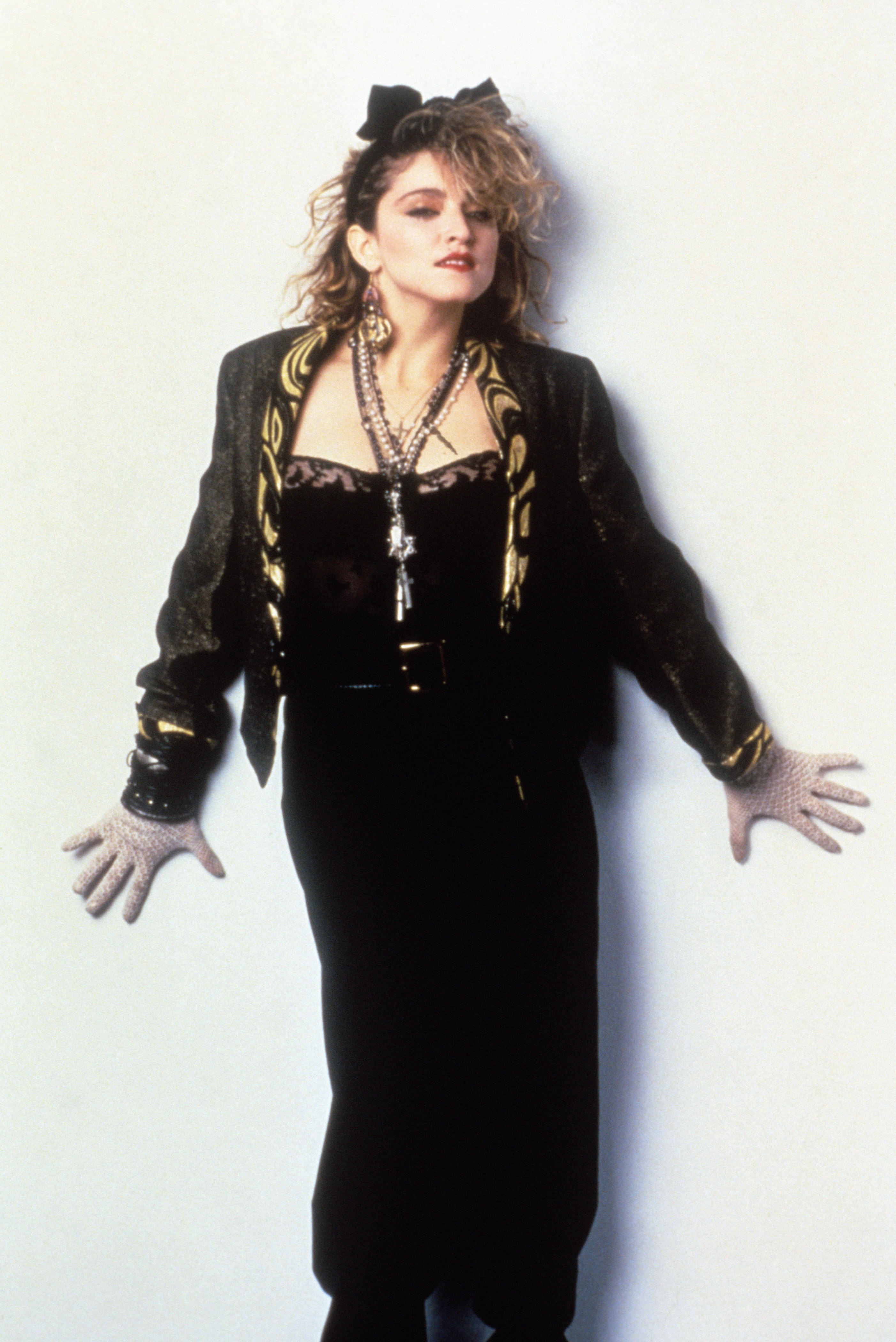 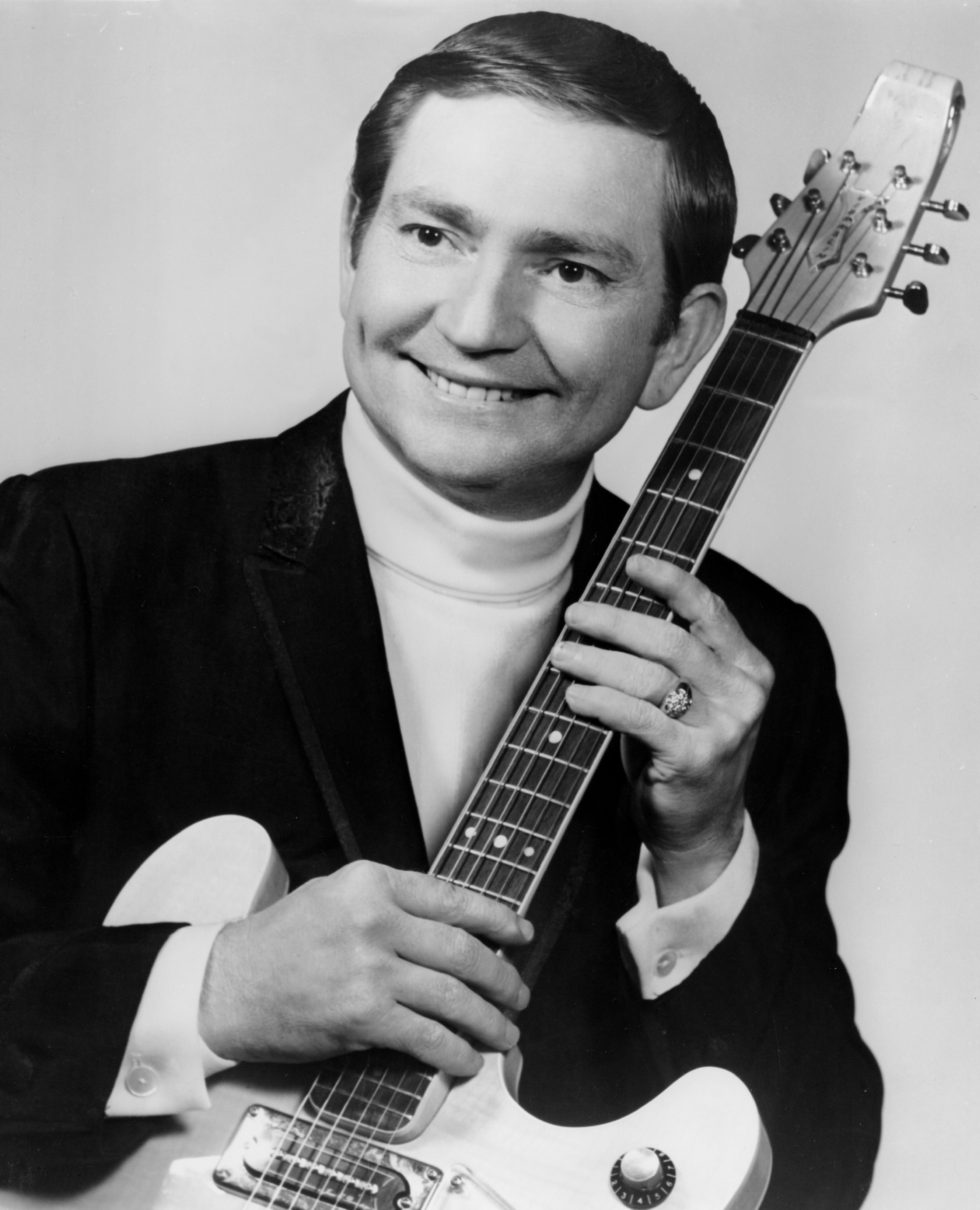 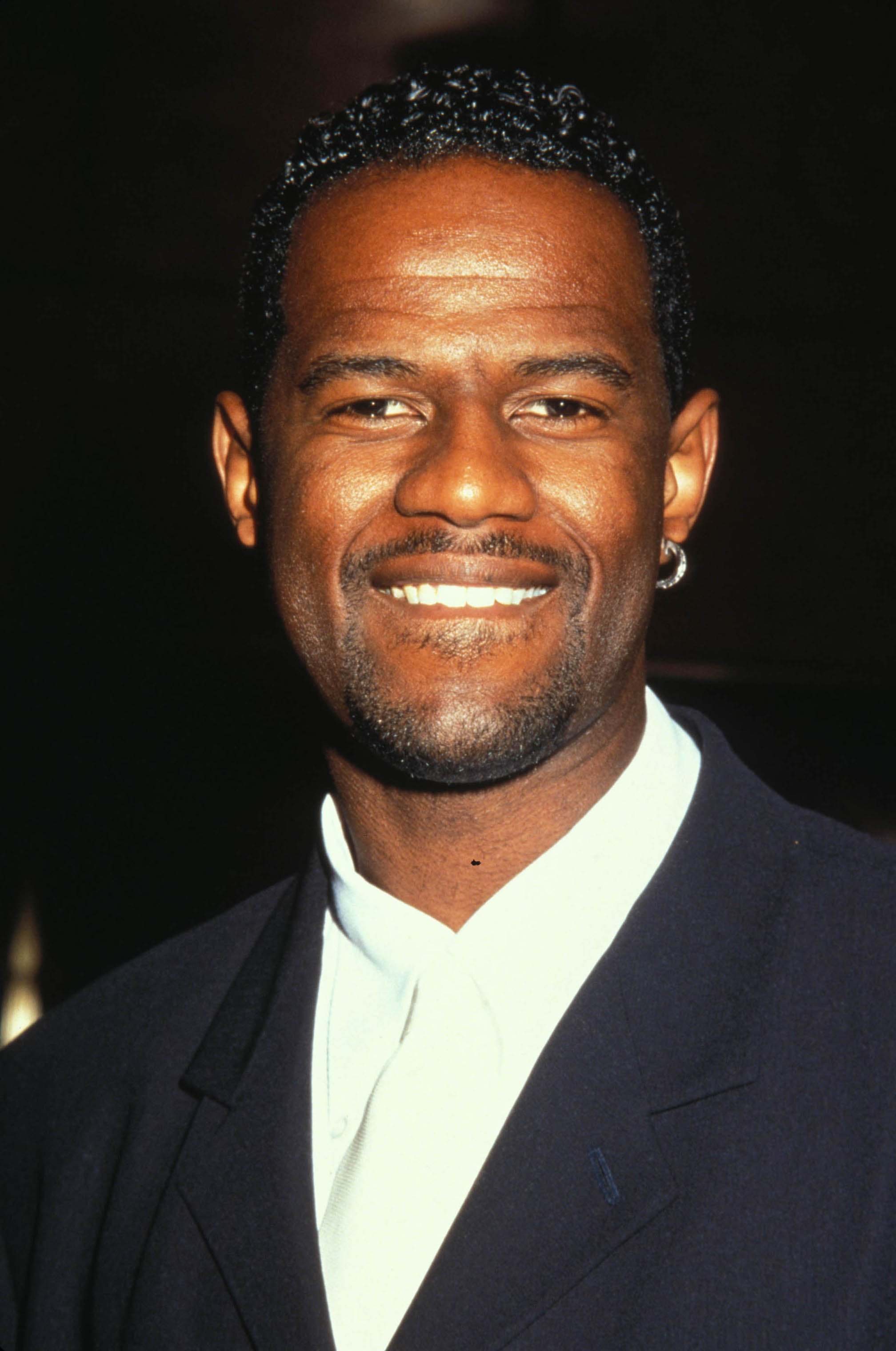 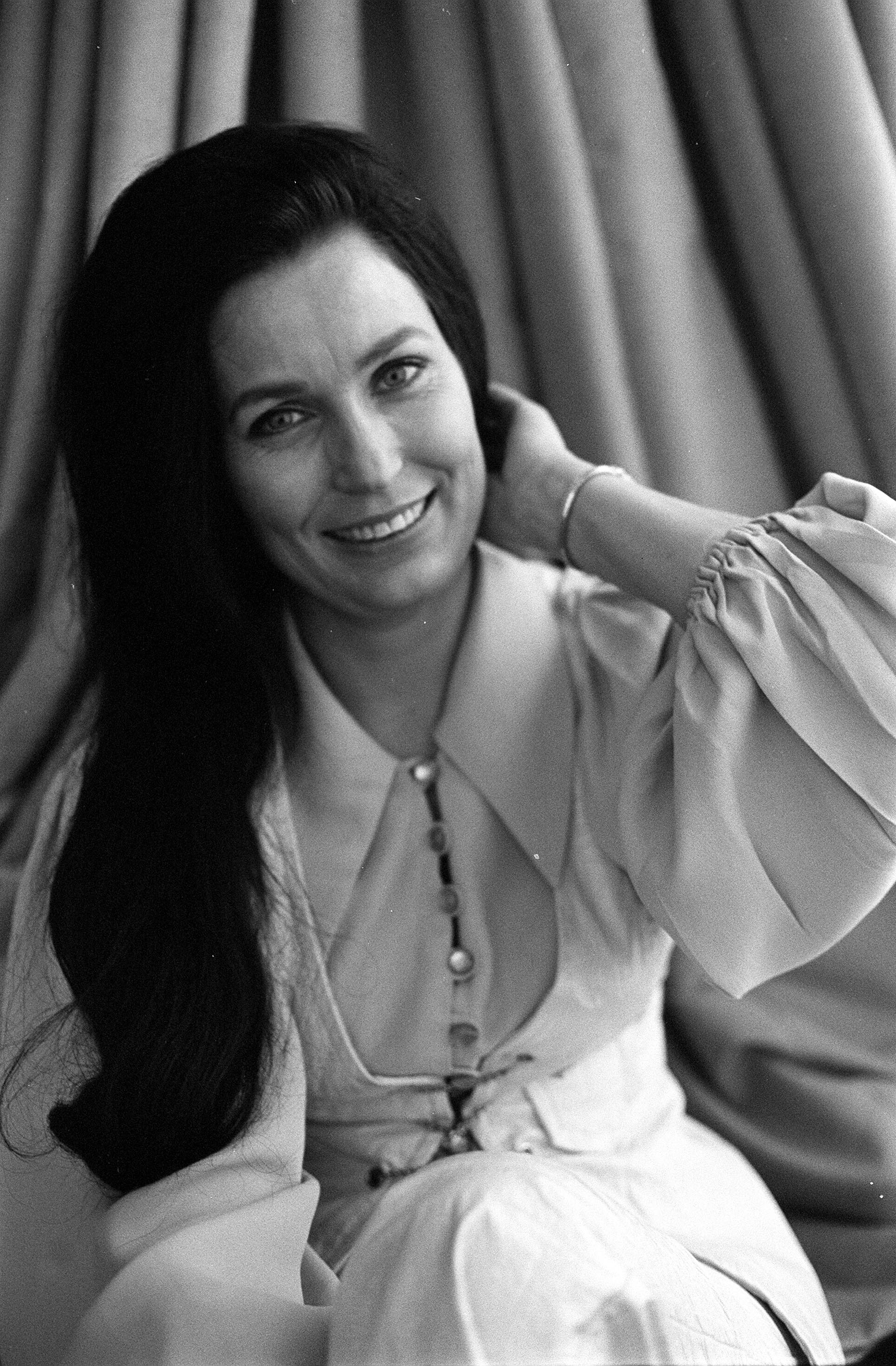 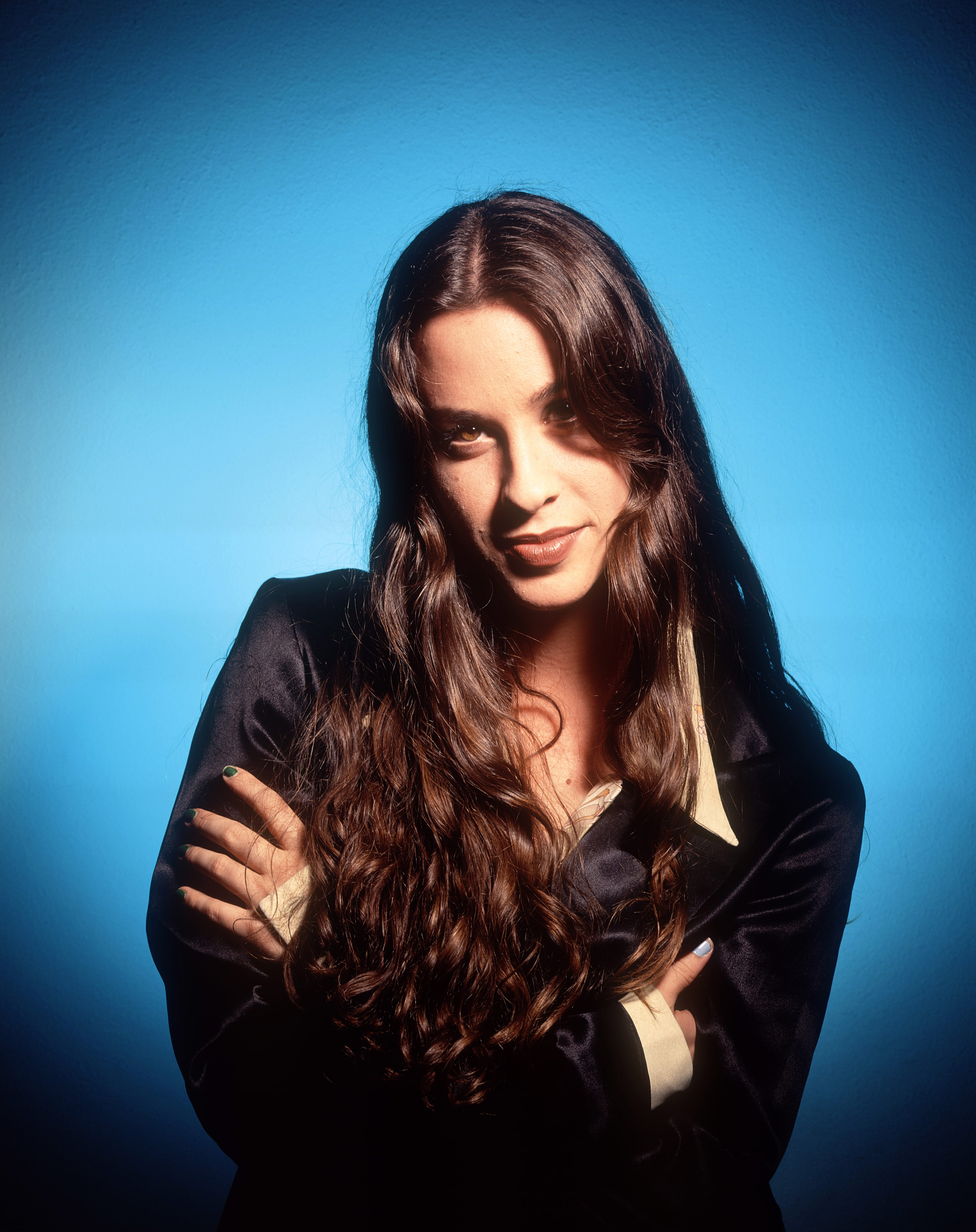 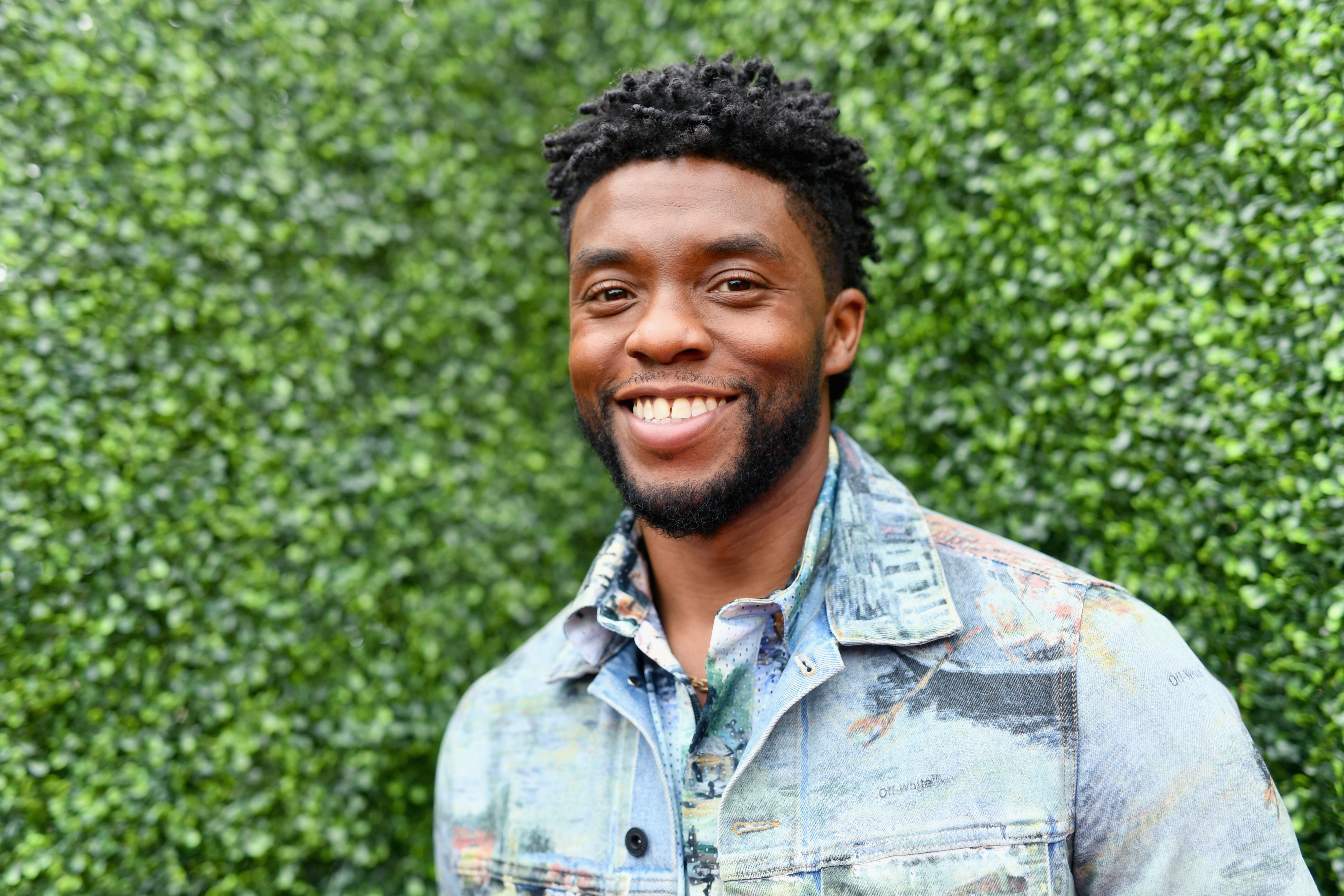