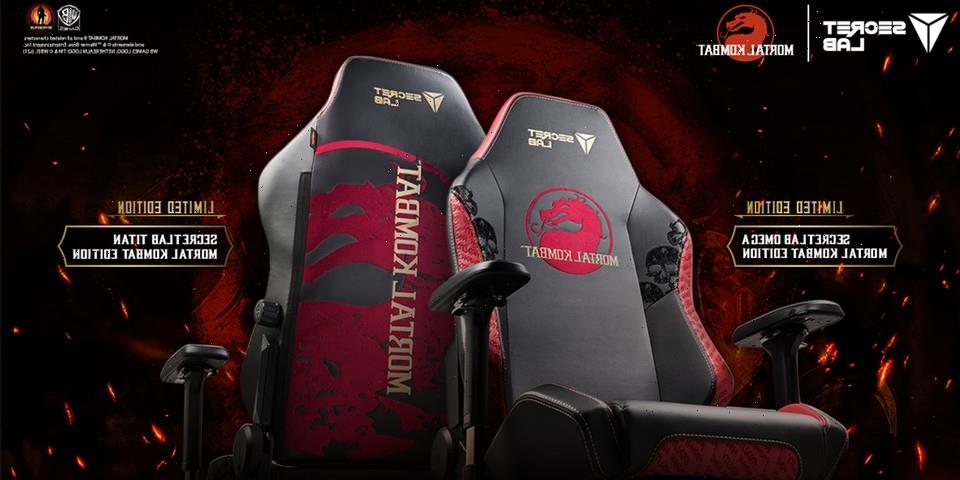 Secretlab has teamed up with Warner Bros. to celebrate the release of Mortal Kombat with a special gaming chair.

Upholstered in Secretlab’s signature PRIMETM 2.0 PU leather are the OMEGA and the TITAN gaming chairs which see the game franchise’s iconic logo, skulls, and color scheme embroidered throughout. Each of the MK motifs are also joined by Secretlab’s branding.

“Mortal Kombat started off as an arcade game in 1992 and it remains deeply ingrained in popular culture after nearly three decades. A large part of that is thanks to the game’s ability to constantly reinvent itself without losing sight of its roots. Together with its success as a major esports title, it has successfully retained its core audience while also attracting new fans. Thanks to the deep relationship we’ve forged with Warner Bros., we were able to help Mortal Kombat fans channel their favorite game with a meticulously designed seat inspired by their beloved franchise,” comments Ian Ang, co-founder and CEO of Secretlab.

Those interested can head over to Secretlab’s online store where each chair retails for $396 USD.

In other gaming news, Resident Evil 4 will soon be playable in VR.
Source: Read Full Article