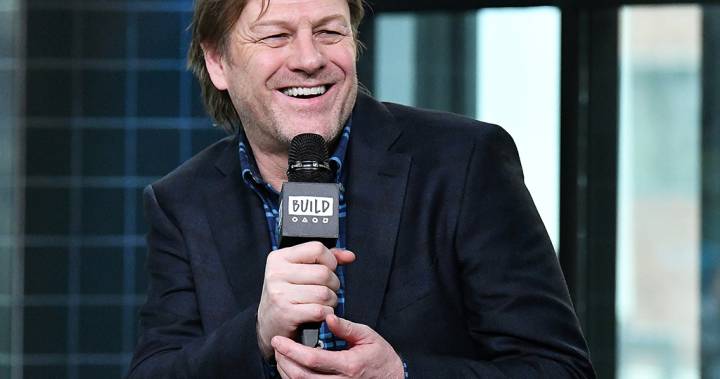 For 35 years, since 1984, Sean Bean has dedicated his life to an extremely active career in film and television industry.

The much-beloved Sheffield, U.K.-born actor is both a BAFTA and Emmy award winning actor, and he’s known best for his roles in the Lord of the Rings film trilogy, National Treasure (2004) and more recently, Game of Thrones among many, many other pictures.

Unfortunately for Bean, however, a large portion of his onscreen roles have ended up in death. From first having his throat slit in Derek Jarman’s Carvaggio (1986) to being impaled by an anchor in 1992’s Patriot Games, the 60-year-old actor has seen his fair share of fake blood.

He’s been shot head to toe with a plethora of different weapons, including a gruesome gunshot to the head in Terry Winsor’s Essex Boys (2000). More notably, one of Bean’s characters, Ulric, was ripped apart, limb by limb, by wild horses in 2010’s Black Death.

Now, three-and-a-half decades into his film career, Bean is taking a stand against being killed onscreen.

In a recent interview with The Sun, the critically-acclaimed actor revealed that he’s done with the overwhelming multitudes of death, and has been rejecting a number of roles because of it.

On having a variety of his character’s being killed, Bean began by saying, “I’ve turned down stuff,” adding, “I just had to cut that out and start surviving, otherwise it all [became] a bit predictable.”

“I’ve played a lot of baddies [too],” he continued. “They were great, but they weren’t very fulfilling, [because] I always died,” he added.

He later joked that whenever he’s cast in something that the directors should immediately know that his character will be killed off eventually.

“They know my character’s going to die because I’m in it,” said Bean.

With that, Bean spoke about being cast for the first season of Game of Thrones as the widely popular Ned Stark.

“They made it very clear at the time I was going to die,” he added, “And I thought, ‘I don’t want to get stuck in one of these series that lasts seven years [anyway].’”

Bean’s character, Stark, was killed off of the popular HBO series in the penultimate episode of first season. He was beheaded in front of his entire family after confessing to treason.

Though he was killed off quickly, the narrative of Game of Thrones led many to believe that Stark would serve as the main character. He quickly became a fan-favourite role, and his death resulted in the grief of many fans across the world.

“I wish I’d have got stuck now,” added Bean, “But it was very clear what George R. R. Martin [author] wanted to happen to Ned — and it did.”

On his new policy for accepting a role, the star recounted one time that he convinced a director to keep his character alive if he accepted the job.

Since the death of Stark, many dedicated fans launched their own social media campaign protesting any possibility of Bean being killed off in any future projects. It was/is called #DontKillSeanBean.

Here’s what some of those passionate fans had to say on Twitter:

Global News has reached out to a representative of Bean seeking further comment.