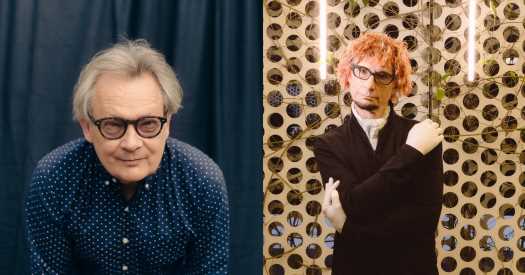 K.K. Barrett hadn’t spoken to Tommy Gear in two decades when he reached out about releasing a secret stash of their old music. There were no hard feelings — the two had simply grown apart over the years — but it was tricky business, regardless. Their band, Screamers, was something of a phantom in the history of Los Angeles punk rock.

Despite being one of the most popular acts of the scene’s budding years in the late ’70s, routinely packing shows alongside peers like X and Germs, there had never been an official Screamers release. No LPs, no EPs — not even one measly single. To a certain subset of punk fans, Barrett may as well have been suggesting that he and Gear release the true contents of Area 51. But a five-song, 15-minute 12-inch called “Screamers Demo Hollywood 1977” will be out on Friday.

“It wasn’t meant to have an afterlife,” said Barrett, 68, who’s best known as a production designer (“Being John Malkovich,” “Her”), on a video call. “It was just something we did. You document things.”

The set was recorded at the band’s then-headquarters, a charming Craftsman in Hollywood dubbed “the Wilton Hilton,” solely as a means to get gigs early on. But after the music was recovered from Barrett’s archives 40-plus years later, and dusted off by the label Superior Viaduct, Gear relented.

“Honestly, it wasn’t as if we were adverse to a record per se,” said Gear, the group’s main architect and songwriter, along with the vocalist Tomata du Plenty, in a phone interview. “We actually had conversations with managers and record company people at the time, because they clearly thought we were drawing people to clubs and getting press. But frankly, they didn’t know what to do with us. We didn’t fit their paradigm. And, of course, they were making offers that were useless, anyway.”

Gear was speaking on the record about his former band for the first time in at least 30 years, by his estimation. Any lack of promotion on his part aside, though, the shadow of Screamers has been growing substantially since the rise of internet-aided bootlegs and YouTube. These “Hollywood 1977” demos are among the hissy, unauthorized recordings already out there, but hearing a cleaned-up version, transferred from the original reel-to-reel tape, is like stepping into the Wilton Hilton after years of being stuck outside, listening from the street.

“It’s not always easy/To get what you deserve,” du Plenty howls on “Punish or Be Damned,” over dueling distorted keyboards, one played by Gear, the other by David Brown, who left the group in late 1977. (He went on to co-found the seminal underground label Dangerhouse; du Plenty died of cancer in 2001, at 52, his illness having been complicated by a long battle with H.I.V.) Barrett anchors the group on drums, playing in tandem with a drum machine. There were no guitars, then or ever, in the band. “We’re talking about a period before ‘punk’ became a bin at a record store,” said Gear. 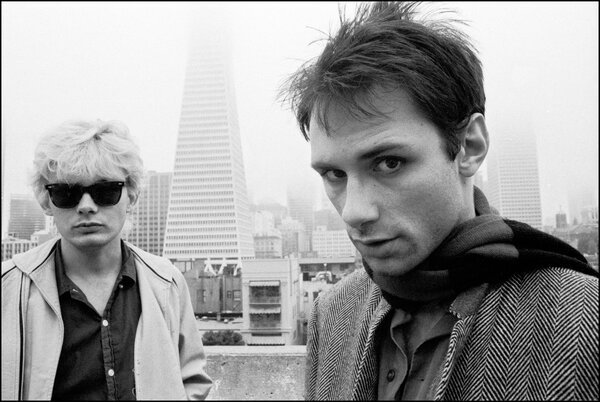 The Screamers story takes place in Southern California, but Gear and du Plenty met in Seattle, as part of the queer performance-art troupe Ze Whiz Kidz, and soon formed a heavy glam band, the Tupperwares, ultimately deciding to try their luck in Hollywood. Barrett was an aspiring visual artist from Oklahoma, and left for Los Angeles with $100 in his pocket. The quartet adopted the Screamers name and were immediate icons among the sea of misfits flocking to the city. (The artist Gary Panter designed their logo of a hair-spiked punk, roaring full tilt.)

“Was there something in the water?” said John Doe, the singer and bassist for the band X, who also felt a calling to move West on a whim in 1976. “Yeah, it was cheap rent. And people could own cars — and a sense of freedom.”

A clique of “50 people, 60 tops,” according to Barrett, constituted the entirety of the initial Los Angeles punk scene. Concerts were just as much a social event as a musical one, and the nascent Slash magazine served as a “newsletter” for those who were hanging out. At that point, the crowd was notably diverse and free thinking, particularly in terms of sexuality.

“I thought it was very inclusive,” said Joan Jett, who was one of those 50 or 60 people, and whose group the Runaways was a source of inspiration to many soon-to-be punks. She also produced the only Germs album, “(GI)” from 1979. “It was wonderful, actually. Some of the best times of my life I remember — or don’t remember — are from that time period.”

It would prove to be a fleeting moment. By 1980, the scene’s music was transforming into something else entirely: faster, angrier. Eventually, conceptual acts like Screamers faded away. (A contentious, drawn-out film project known as “Population: 1,” made by the filmmaker Rene Daalder, drove the group apart as well.)

Gear said the band was an experiment. “You know how chemistry experiments are: they’re going to be a panacea or they’re going to blow up in your face.” Since moving on, he has lived a private life — he cited his age as “ageless” — working mostly in the “personal computer world,” he said.

The arrival of the first-ever Screamers release, almost a half-century late, seems to tie a bow on the band’s saga — but it may reopen it more than anything else. As to whether there’s any danger in ripping away the mystique that was so central until now, Barrett isn’t worried.

“Whenever you try to dig out something from artistic scenes, you end up with crumbs that get you a flavor of what it might’ve been,” he said. “Those documents add up to tell a new truth, because the real truth is missing a lot of parts. So I feel like we’ve left some bread crumbs. And this is a pretty good one.”