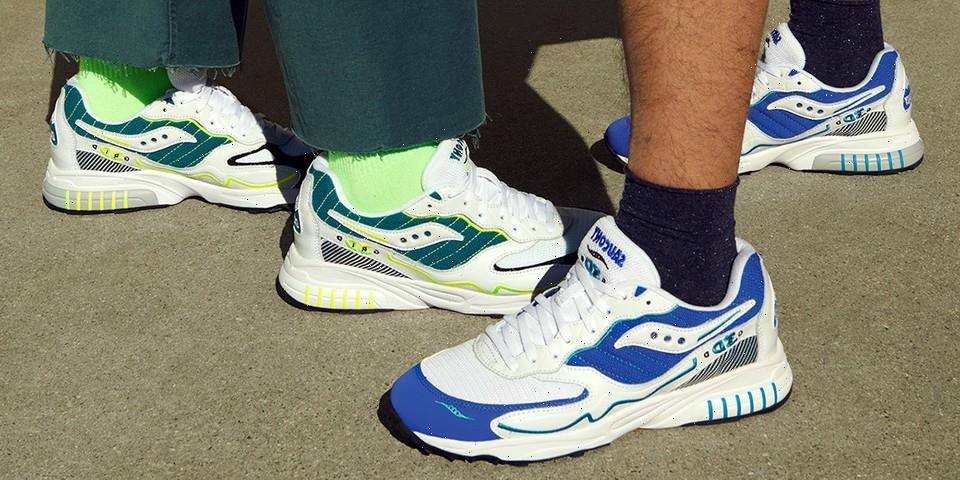 Saucony‘s archives is replete with footwear gems that fall in both the lifestyle and performance categories. And in 2022, the sportswear company has dug into its late ’90s vault to bring back one of its iconic running silhouettes — the 3D G.R.I.D. Hurricane. The model served as the go-to for the 1997 Chase Corporation Challenge and garnered plenty of adoration for its cushioning system and stability.

Two original color schemes of the runner have been given a second life: the “White/Royal” iteration and the “White/Green” variation. Both offerings are done up with a mesh-infused foundation and arrive coupled with premium leather overlays. It bears a technical aesthetic with striking details such as the squiggly embroidered lines that run along the mudguards, the “3D G.R.I.D.” branding that is planted on the lateral heels and the stripes that adorn the rear part of the midsole pieces.

Interested in picking up a pair for your rotation? Both of these installments are available right now via the Saucony web store for $120 USD a piece.

In case you missed it, Saucony recently linked up with COSTS to produce a SHADOW 6000 “Black Hole” collaboration.
Source: Read Full Article