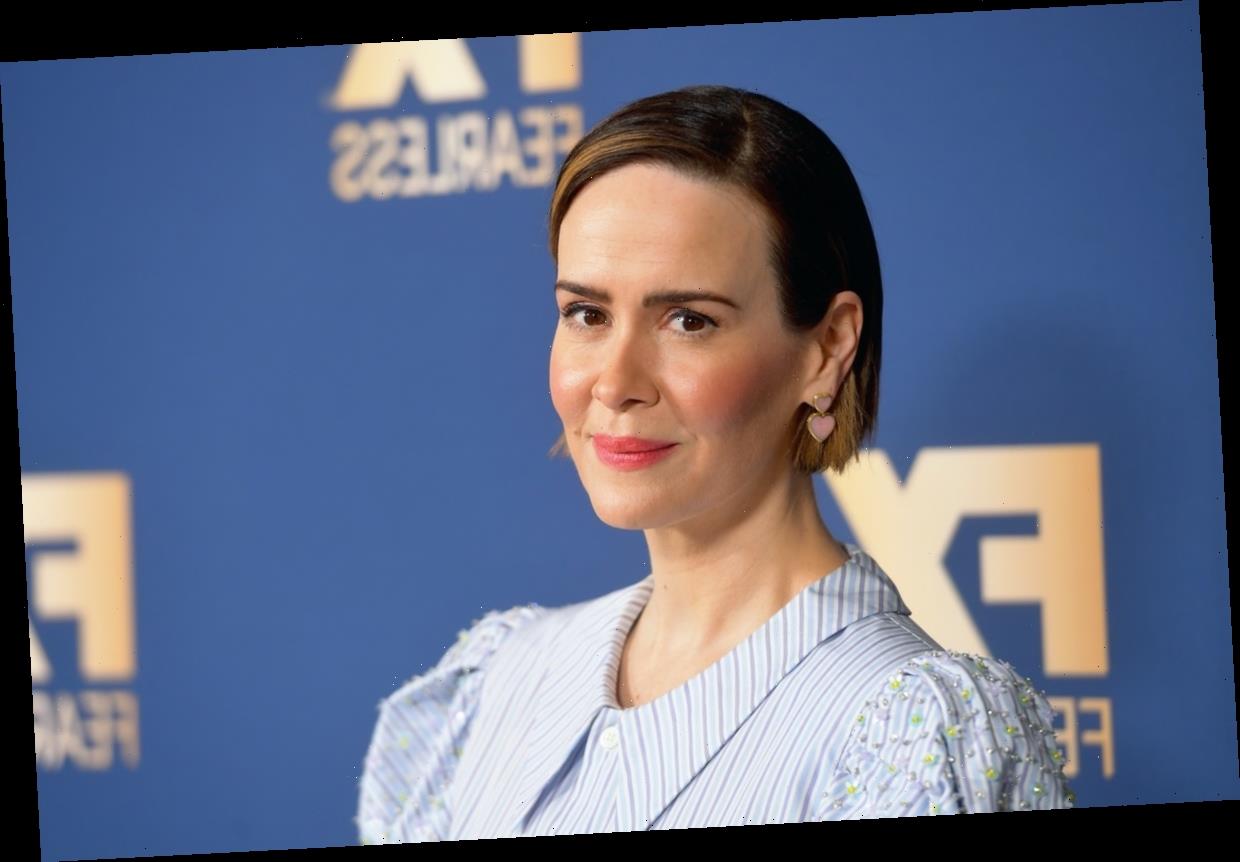 The Ratched star is set to play Linda Tripp.

In the middle of one of the most tumultuous times in political history, it looks like Americans are getting close to an Impeachment once more, thanks to the one and only Ryan Murphy. Sarah Paulson gave a rare American Crime Story: Impeachment update during a recent interview, telling Jess Cagel on his radio show that production on the series is expected to start soon.

Season 3 of the crime anthology series, which will chronicle the impeachment trial of Bill Clinton and the scandal surrounding his relationship with Monica Lewinsky while he was in the White House, was originally slated to begin filming back in March. According to Paulson — who is currently starring in another Murphy production, playing the titular role in Netflix’s Ratched — the cast and crew were were "about a week shy" of beginning filming when everything was put on pause due to the coronavirus pandemic. And now the wait may finally be over.

"But I’ve gotten the call and it looks like I’m going back to work next month," Paulson said, revealing that she’s "already had another prosthetic fitting and another two other costume fittings" as part of her preparation to play Linda Tripp, a friend and confidante of Lewinsky, who secretly recorded their conversations about the affair with Clinton and released them to the public. "And so it does seem like we are going ahead. All the sets are built, the White House, Linda’s house, Monica’s apartment. We are definitely beginning it."

But even though production might start up again soon, Paulson’s comments make it clear that American Crime Story fans will likely have to wait even longer for Impeachment to premiere than they originally thought. "I don’t know how long it’s going to take to shoot because with all the protocols, it seems like maximum shooting is 10 hours a day," she explained. "And you know, the scenes are long and intense."

In addition to all of the new protocols designed to keep the cast and crew safe from COVID-19, the actor hinted that a lot of time has also gone into preparing the actors to portray these real-life political figures on the small screen. "I got an accent to do and a voice — and it’s a whole thing," Paulson said with a laugh, referring to Tripp’s distinctive voice. "I mean, God help me. I don’t know what I’m thinking. I have really have to tell you. I was just like, what was, I think, because the scripts were just too good that the character was too interesting to me."

Paulson will star alongside Beanie Feldstein as Lewinsky, Clive Owen as President Bill Clinton and Analeigh Ashford as Paula Jones, an Arkansas state employee who sued Clinton for sexual harassment. The series has been described as "a new feminist take" on the scandal, told primarily from the point of view of the women involved. In fact, Lewinsky herself will serve as an executive producer on the mini-series. "Nobody should tell your story but you, and it’s kind of gross if they do," Murphy told her when pitching the series, according to a statement provided to Vanity Fair.

Though she was hesitant at first, Lewinsky said that she saw American Crime Story as an opportunity to take control of her story once and for all. "People have been co-opting and telling my part in this story for decades," she wrote in her statement. "In fact, it wasn’t until the past few years that I’ve been able to fully reclaim my narrative; almost 20 years later."