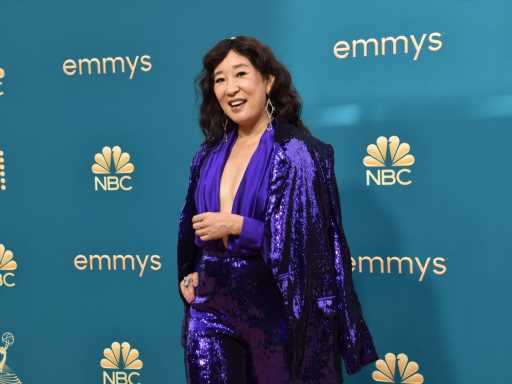 There was so much happening on the Emmys arrival carpet tonight. Some of the biggest and brightest stars in TV made their way to the fabulous awards show and made some major fashion statements. But there was one person who totally outdid them all. Sandra Oh’s purple jumpsuit at the 2022 Emmys was absolutely stunning. So much so, in fact, that Twitter went into a totally frenzy over the Killing Eve star’s look.

Oh, who is nominated tonight for Outstanding Lead Actress in a Drama Series for the AMC show, hit the arrival carpet in her gorgeous, glittering purple ensemble. The jumpsuit featured a deep neckline, a dazzling blazer Oh wore over her shoulders, and fabulous high-waist pants. She accessorized with chandelier earrings. Basically, Sandra Oh invented purple with tonight’s ensemble. 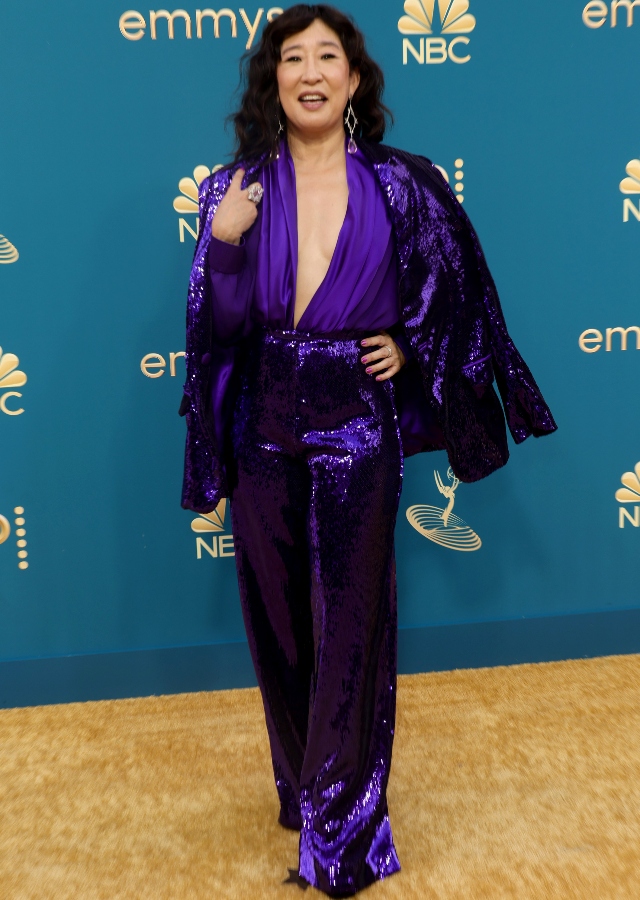 As it turns out, we weren’t the only ones who were gushing over Oh’s look. Fans took to Twitter and fawned over the actress’ jumpsuit as well, with one person saying, “sandra oh owns purple.” The Twitter user not only added the photo of Oh from the Emmys arrival carpet, but also shared a photo of the actress in a purple costume from her Grey’s Anatomy days saying, “I’m a hot person.” Um, yes. We agree on all accounts.

Another fan even went as far as to put the photo of Oh at the Emmys in a frame as if it was on display in a museum, surrounded by photographers, with the caption, “all hail our lord, Sandra Oh!” You can see that tweet HERE. To summarize, Sandra Oh absolutely owned the Emmys arrival carpet and there really was no one to equal her fabulous look. With this being Oh’s final nomination for Killing Eve, we love that she went out on a high (fashion) note.

Before you go, click here to see all the times celebrity kids stole the show on the Emmys red carpet. 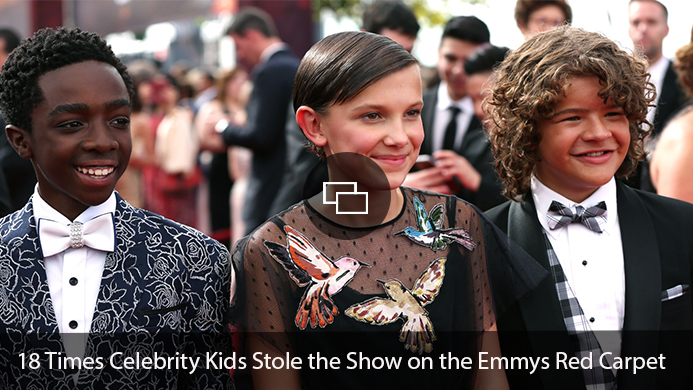