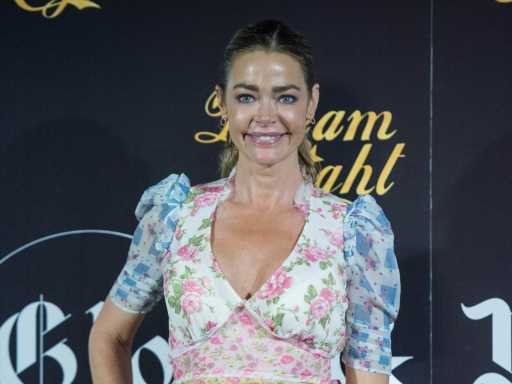 Denise Richards received a Mother’s Day message that some people might not have expected — it was from her oldest daughter Sami Sheen. The 18-year-old moved into dad Charlie Sheen’s home last fall after not agreeing with her mother’s household rules, so things have been strained for a while.

With Richards’ recent birthday post for Sami and the teen’s latest Mother’s Day post, it might signal that tensions have thawed, and the mother-daughter duo are in a better place. Sami’s caption to the former Real Housewives of Beverly Hills star was warm and loving. “happy mother’s day !! i love u so much mom. u have no idea how grateful i am to have u in my life,” she wrote. She also included snapshots of them casually dressed outside of the LA hotspot, Giorgio Baldi, as they mugged for the camera. It certainly didn’t look like there was any feud between them.

Sami first made headlines back in October 2021 when she moved out of her mom’s house, and of course, broadcast that news to TikTok. “Now finally moved out of the hell house, had a spiritual awakening, own 2 cats, happy single, full of self-love, and dropped out of high school,” she said per Page Six. Richards gave more insight as to what was going on in February on  SiriusXM’s Jeff Lewis Live. “Honestly, I have a strained relationship with her. It’s very difficult. I know we’ll get back to where we were eventually, but right now, it is strained.” She continued, “Obviously, I would love for her to live with me. She lived with me all these years.”

The former reality star likened it to Sami not loving the rules enforced at her home. “[At Charlie Sheen’s], there [are] different rules at that house and that’s okay,” Richards added. From the looks of things now, the two have at least found a way to come back together and enjoy a loving relationship that will take on new meaning now that Sami is officially an adult.

Before you go, click here to see all the celebrities who have opened up about the struggles of co-parenting.