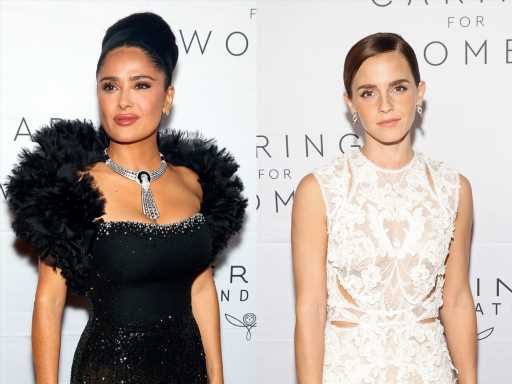 On the night of Sept 15, stars from all over the world gathered for a momentous occasion. From the powerful cause to the glittering gowns, it’s safe to say everyone will want to go to the Kering Foundation’s Caring For Women Dinner next year!

The Kering Foundation hosted its first-ever Caring for Women dinner to raise money for those who have been a victim of domestic violence. Hosted in New York at the ever-exclusive venue of The Pool, Kering chairman François-Henri Pinault and his Oscar-nominated wife Salma Hayek made sure everyone could come in support of this.

Hosted by Anderson Cooper, the event was said to have raised around $3 million for its charities like Ms. Foundation for Women, the National Network to End Domestic Violence, Global Fund for Women, and Jordan River Foundation, per WWD. Let’s give some applause to that!

Not only was the event packed to the brim with beloved celebrities (many of which made super-rare red carpet appearances), but they all arrived in true, dramatic style for the dinner. From Hayek’s glittering gown to Steinem’s rocking ensemble, this red carpet was not one to miss.

Check out which celebrities arrived in style at the Kering Foundation’s Caring For Women Dinner below.