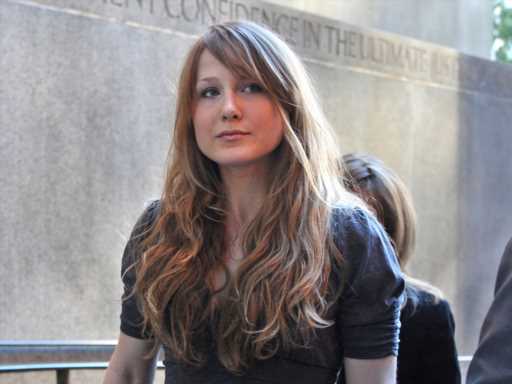 It’s not the Giuliani family update we expected, but perhaps it’s the Giuliani family update we deserve. Former personal lawyer to Donald Trump Rudy Giuliani, widely viewed in this year’s Borat Subsequent Moviefilm, has faded from the limelight since Donald left office despite attempts to keep his captive audience via YouTube channel. But daughter Caroline Giuliani has long since disavowed her father’s politics, penning a Vanity Fair essay in Oct. 2020 that urged people to vote for the Biden-Harris ticket. With Rudy no longer in the eye of a political hurricane, Caroline now has the opportunity to define herself beyond her rejection of her father’s ideals, and she’s taken to Vanity Fair once again with an essay on ethical non-monogamy, pansexuality, and sexual fulfillment — all of which she found her way to through the practice of having sex with couples, or engaging in a specific kind of threesome. Beyond what she’s obviously saying in this essay, which is quite a lot, Caroline is saying something else too with an essay this apolitical: the time for her to discuss her father in the public eye is over.


I Didn't Come Out As Bisexual Until I Was 34 & Married

“I know now that I am empathetic, radically open-minded, profoundly adventurous, and fiercely committed to telling stories that reduce the stigma surrounding sexuality and mental health—including this one, right now,” she writes. “Before I started living the unicorn life, I wouldn’t have had the confidence to list those qualities or even feel certain that they are positive traits. Even now, I feel the urge to disclaim that I’m also excessively aware of my many flaws. But if you cannot identify and be proud of your strengths, it’s impossible to nurture them in the face of self-doubt.”

It cannot be easy to be the daughter of Rudy Giuliani, whose public appearances over recent years have prompted everything from criminal allegations to medical diagnoses. But Caroline has found strength far from the family name — and it’s safe to say this essay is a Rudy-free reintroduction to the world.

Before you go, click here to see celebrities who have opened up about their sex lives.