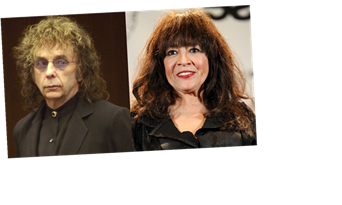 A music legend in her own right, Ronnie Spector reflected on her life and career with Phil Spector, remembering him as a “brilliant producer, but lousy husband.”

The late pop innovator, who’d been serving a 19-year prison sentence for the 2003 murder of actress Lana Clarkson, died Saturday at the age of 81 of natural causes.

“It’s a sad day for music and a sad day for me,” Ronnie Spector wrote on Instagram Sunday alongside a black-and-white photo of the former couple. “When I was working with Phil Spector, watching him create in the recording studio, I knew I was working with the very best. He was in complete control, directing everyone. So much to love about those days. Meeting him and falling in love was like a fairytale.”

The two first collaborated in 1963 when the record producer signed The Ronettes to his label with Ronnie Spector, then known as Veronica Bennett, fronting the group as the lead singer. The chart-topping partnership went on to spawn classic hits such as “Be My Baby,” “Baby, I Love You,” “Do I Love You?” and “Walking in the Rain.”

“The magical music we were able to make together, was inspired by our love. I loved him madly, and gave my heart and soul to him,” Spector continued in the Instagram post. “As I said many times while he was alive, he was a brilliant producer, but a lousy husband.”

“Unfortunately Phil was not able to live and function outside of the recording studio,” she added. “Darkness set in, many lives were damaged.”

The pair eventually got married in 1968 ― their romance reportedly began while he was still married to first wife Annette Merar ― and went on to adopt three children together, the last two of which Phil Spector brought home without first telling his new wife. 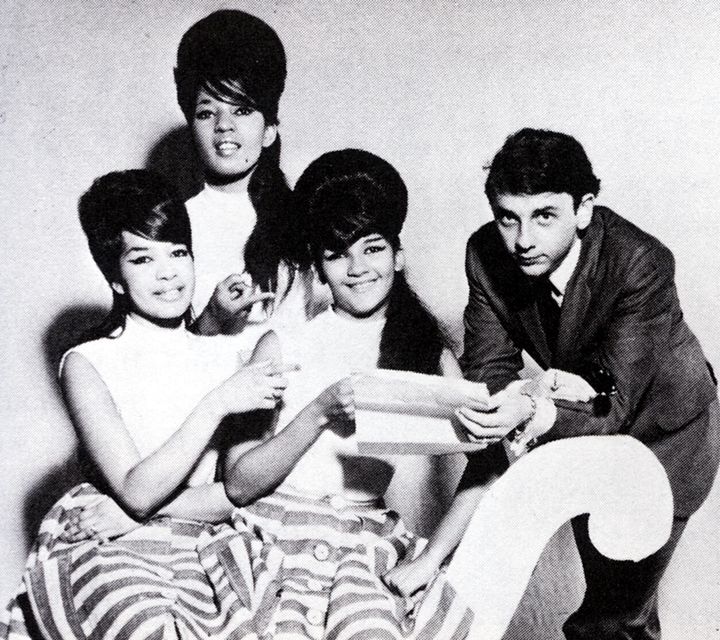 The iconic frontwoman chronicled their tumultuous marriage in her 1990 memoir “Be My Baby,” in which she said the record producer psychologically abused her over the course of their relationship.

Spector claimed she was kept prisoner in their California mansion and was forbidden from wearing shoes at home for fear she would run away. The singer even recalled Phil Spector threatening to display her body in a glass-lidded coffin he kept in the basement once she was dead, so he could “look at her forever.”

“I knew I was going to die there,” Spector said in a 2018 People interview about being held captive by her then-husband. “It’s a feeling you get. He was so obsessed and he always said, ‘Before I let you go, you’ll be dead, honey.’ And he wasn’t kidding.”

It wasn’t until 1972 that she finally escaped Phil Spector’s clutches with the help of her mother, running barefoot down the driveway away from their home.

Despite the torment she experienced, Spector ended her Instagram tribute on a more hopeful note.

“I still smile whenever I hear the music we made together, and always will,” she concluded. “The music will be forever.”

While the singer still occasionally performs, her next project is executive-producing a biopic, “Be My Baby,” based on her life. At Ronnie Spector’s request, Zendaya will portray the Ronettes crooner in the upcoming A24 film, which will explore her life and volatile marriage.