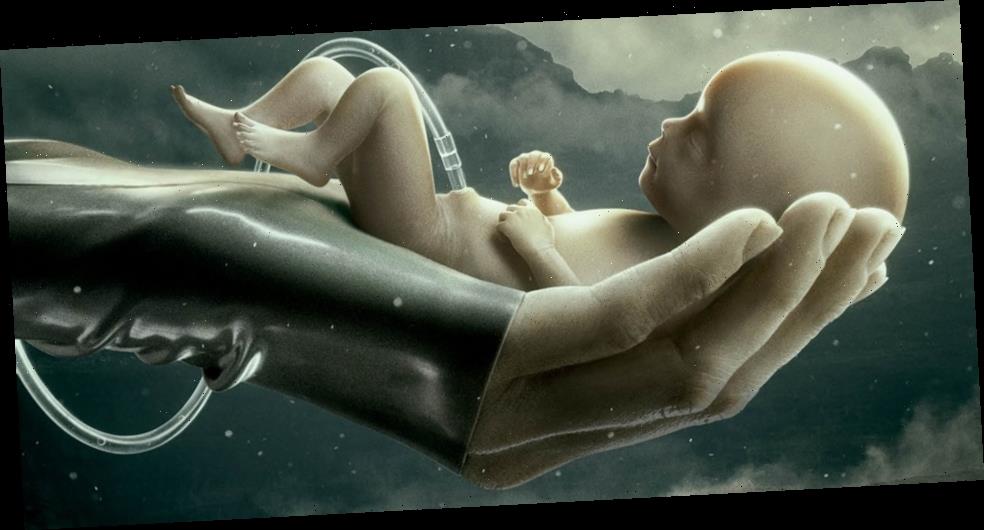 HBO Max has revealed the official trailer for Ridley Scott‘s upcoming sci-fi dystopian series Raised by Wolves. Originally meant to be a straight-to-series order for TNT, the trailer above features two androids tasked with raising human children on a “mysterious virgin planet” while protecting them from other killer robots.

However, the two colonies of humans begin to split due to religion, which make the androids realize there’s more to humanity than they previously thought. As a result, it becomes difficult for the two to control the humans and their beliefs. The trailer is shown alongside a monologue from one of the androids telling the story of The Three Little Pigs. The surrounding world looks destroyed and kids run amuck like scavengers. It also appears the newly found religion has morphed into cultism.

Raised by Wolves consists of 10 episodes in total, with Scott poised to direct the first two as his TV directorial debut in the U.S. He’s joined by Aaron Guzikowski, who serves as the series’ writer and creator. The show is produced by Scott Free Productions alongside executive producers Guzikowski, David W. Zucker, Jordan Sheehan, Adam Kolbrenner, and Mark Huffam.

Raised by Wolves premieres on September 3 on HBO Max.