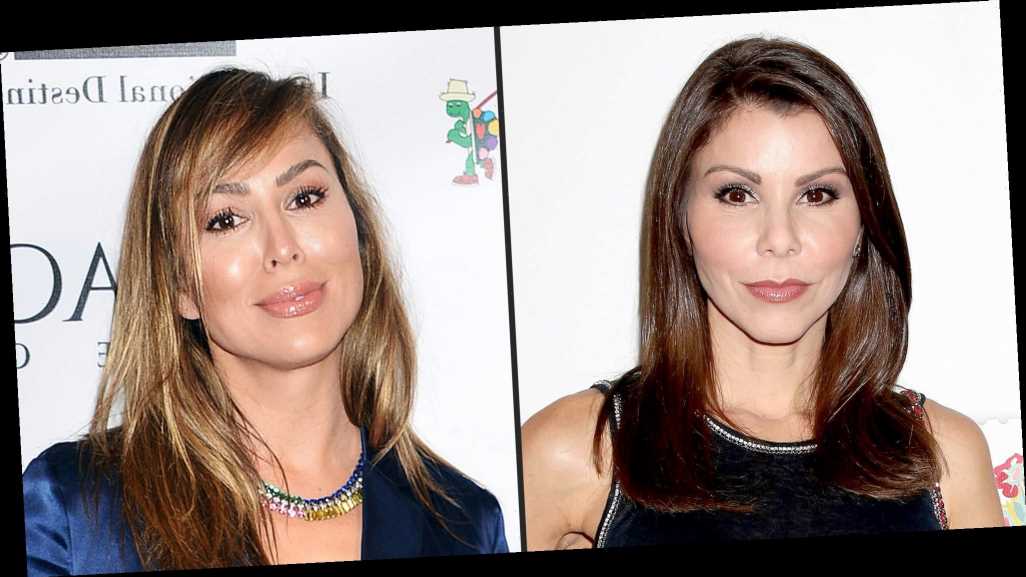 Some things never change. Heather Dubrow left Real Housewives of Orange County in 2017, but she’s well aware of the controversy surrounding some of her old costars.

Former ‘RHOC’ Stars: Where Are They Now?

While promoting daughter Max’s new podcast, “I’ll Give It to You Straightish,” the reality TV alum, 52, spoke to Us Weekly about former costar Kelly Dodd, who recently came under fire for comments she made about COVID-19 and the Black Lives Matter movement.

“I mean, you know, cancel culture is such a tricky thing because when there’s gray area it’s hard ’cause [it] can ruin people’s lives and careers and whatnot. Having said that, and having not seen exactly what was said, I’ll tell you this: a leopard doesn’t change its spots, right?,” Dubrow shared. ” People show you who they are. And at some point, you have to listen.”

How Ciara and More Parents Are Homeschooling Kids Amid Pandemic

The That’s Life alum acknowledged that it’s possible for people to change but noted that it doesn’t always happen. “Hopefully, people do grow and evolve but after years and years of a pattern, I think sometimes you get to the point where you go, ‘Yeah, that’s the path you’re on. That’s not changing,’” Dubrow said.

She and the Positive Beverage cofounder have a long history of drama. The feud dates back to Dubrow’s time on the show. Dodd, 45, joined the show in 2016 for season 11. Throughout that season, the pair butted heads repeatedly. After filming wrapped, Dubrow announced her decision to go her separate way and the feud appeared to die down. That is, until 2018 when Dodd filmed Dubrow talking to a friend outside a gym without her knowledge.

“Heather Dubrow has been sitting there, I’m trying to avoid her at all costs,” Dodd could be heard saying in the clip. “Trying to get in my workout and she won’t leave the area. Stop talking! I need to get my workout in and I don’t wanna run into you.”

After the incident, Dubrow was asked in an Entertainment Tonight interview if she’d consider returning to RHOC. “Well, I always say ‘never say never,’ because, you know, if in two years I was back on the show, I don’t want to be like, ‘Well, they’re going in a different direction and I really like the way it’s going,’” she revealed in the 2018 interview. “You never know what life is gonna bring you, but I feel like I’m in a good spot [off the show].”

Asked, in the same interview, if she’d give it more consideration if Dodd wasn’t part of the Bravo reality series’ cast anymore, she smiled and said, “Yeah.” Tamra Judge, another RHOC alum, chimed in, “I feel like secretly filming might be something that happens on the show,” in a nod to the 2018 incident with Dodd and Dubrow at the gym.

Although Dubrow still catches wind of some of the drama her former costars are involved in, she doesn’t watch the show anymore. Speaking with Us on the “Getting Real With the Real Housewives” podcast in July 2020, Dubrow said, “You know what? I haven’t watched the show since I left.” It’s not specifically because of her exit, though.

“I didn’t watch before, and I haven’t watched since I’ve left. I keep up with a bunch of the girls, I’ve run into some of them, but not the day-to-day,” she told Us at the time.