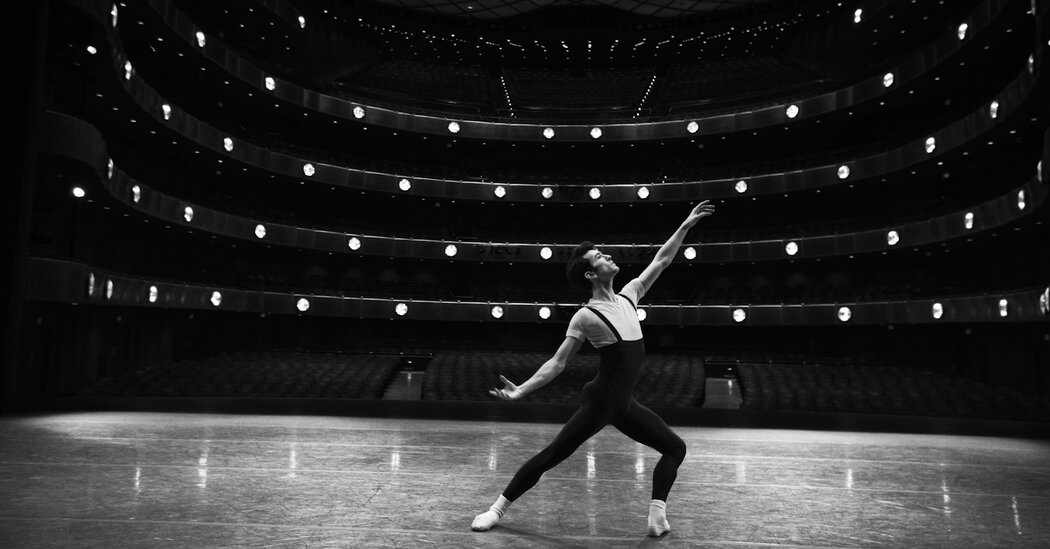 Sofia Coppola doesn’t come from the dance world. Does it matter? Her films have always had an understated choreographic elegance — a dreamy pacing that can make a pause feel like a musical note or crystallize an everyday gesture into a sensation. She pays attention to the in-between moments. Even though her films aren’t about dance, that’s exactly what they do: They dance.

Her latest, for New York City Ballet’s virtual spring gala, breathes air back into a the David H. Koch Theater, from its narrow hallways and florescent studios to its darkened wings, rows of empty velvet-covered seats and, finally, its vast landscape of a stage. Every step of the way tells a story without words. A steady gaze of the camera through a doorway showing bags of unused pointe shoes? Coppola somehow reveals the truth of a space without rendering it sentimental.

Much of the 24-minute film, shot by the cinematographer Philippe Le Sourd, is in black and white; when it shifts to color for the final dance — the finale of George Balanchine’s majestic “Divertimento No. 15” — it’s as if the kingdom in “The Sleeping Beauty” had come to life after 100 years of slumber. The pandemic has put a halt on the performing arts since March of 2020, and for dancers, that’s been an irreplaceable time of lost performances. Coppola’s film, conceived with the company’s resident choreographer and artistic adviser, Justin Peck, is an awakening. (The film will be on the company’s website and YouTube, beginning Thursday at 8 p.m. through May 20.) 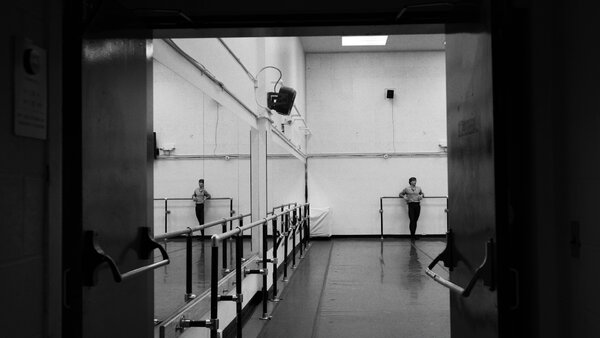 The beginning, fittingly, is bare, with just a dancer, the principal Gonzalo Garcia, in a studio. He stands in the doorway, drops his backpack and takes steps — simple and unmannered — to Chopin. The solo, from Jerome Robbins’s “Dances at a Gathering,” is meditative and internal; gradually, Garcia’s energy becomes more insistent, more explosive as he sweeps around the space in grand jetés. We see a body coming back to life and relishing what it has been prohibited from doing for so long: moving big, taking up space.

The camera pulls back through the doorway leaving Garcia behind as it makes its way backstage for an excerpt from Balanchine’s “Duo Concertant.” Here, the principals Ashley Bouder and Russell Janzen share the space with the violinist Arturo Delmoni and the pianist Susan Walters. As the dancers, first standing side by side, brush a foot or stretch an arm to the increasingly vibrant Stravinsky score, their statuesque shapes change and morph until it’s as if they can’t help but move faster, more radiantly.

Bouder, with ease and elegance, matches the verve of the music with the exceptional Janzen, whose delight at dancing with someone seems to ignite his already airy strength and reach. When, afterward, they stand, hands on hips, trying to control their breathing, you instantly remember: It’s been a year.

The theater’s promenade, with its ghostly, silvery light, is the site for an excerpt from Balanchine’s “Liebeslieder Walzer,” set to Brahms, for the veteran principals Maria Kowroski and Ask la Cour. For their pas de deux, taken from the first half of the ballet when the dancers are in ballroom attire, they glide across the gleaming floor with a smooth delicacy — truly and strangely as if no one’s watching.

Balanchine said of his work: “In the first act, it is the real people who are dancing. In the second act, it is their souls.” But here, in the vast emptiness of the promenade, it seems like the dancers are both human and otherworldly. It’s as if we’re peering into a secret world, a private theater kept hidden from the audience.

It leads the way to the actual theater and a new solo by Peck. Once there, we’re greeted with a breathtaking shot of Anthony Huxley from above — miles away, it seems — standing alone on the stage. This principal dances with such detail and care that sometimes his performances feel like ethereal etchings. “Solo,” set to Samuel Barber’s Adagio for Strings, is one of those occasions.

With eloquent swimming arms, he swings into turns that seem to be loosening both his joints and the air around him. There are periodic pauses, but as the solo gains momentum, Huxley, with the camera swirling around him and the stage, maintains his pristine placement and seamless harmony. Even in jazzier moments, he retains his purity, his ravishing classicism.

As Peck’s choreography grows in sweep and scale, Huxley picks up speed, moving with a silken, understated passion as small, singing jumps lead to a fast, fervent pirouette in which his arms unwind around him. But it quiets down again; the bones of the solo, like Huxley, are more subtle than that. In the final moment, he spins onto the floor, one knee crossed over the other, and bows his head.

With the “Divertimento” finale, the film turns into color and the curtain is raised on the dance. It’s like old times! Wide shots are interspersed with closer angles — many delightful — that show new ways of framing the ballet. But I realized what I miss most is watching a group — and this group in particular, moving with such generosity and spirit. These dancers are so alive, so connected, yet so individual. Coppola captures their essence.