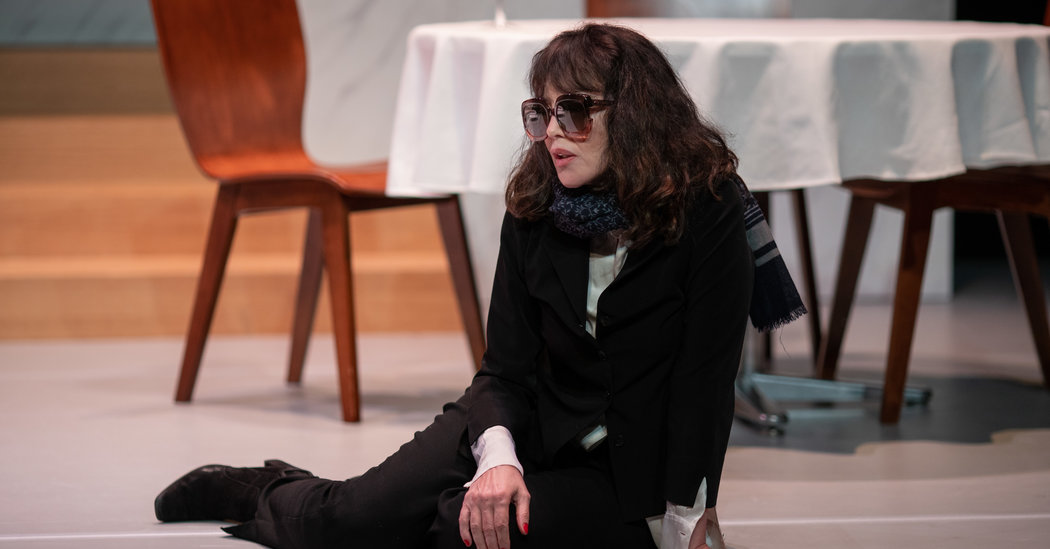 What’s shocking about John Cassavetes’ backstage drama “Opening Night,” four decades after its cinematic release, is precisely what makes it so intriguing as raw material for theatrical adaptation right now.

Set during an out-of-town tryout gone disastrously wrong, the 1977 film depicts Broadway as a brutally misogynistic tough-guy world, where a female star who’s hit middle age might be driven right to the brink, so relentlessly is she reminded that time has passed her by.

To the men around Myrtle Gordon, an actress losing her grip on reality as opening night approaches, it’s a real head-scratcher: What in the world is making her so crazy?

On most of the technical merits — the acting, the design, the smartly integrated live video that adds a dimension to the performance — it’s a fine production. But its answer to the question, “Why adapt this work right now?” seems to have nothing to do with what we’ve been pondering lately about women, post-#MeToo. For a piece that made its premiere earlier this year, that feels like a tremendous waste of potential.

The play’s catalytic event is the same as the film’s. A teenage fan dies in an accident right after getting Myrtle’s autograph, and Myrtle — rehearsing a play about aging, and fearful that if she’s too good in it she’ll doom her career — can’t shake the memory of the girl, who reminds her strongly of her younger self. (In taped video flashbacks, she is played by Zoé Adjani, Isabelle Adjani’s niece.)

And the central theme of the film, the blurring of the boundary between actor and role, between life and art, remains palpable. Yet Mr. Teste’s retelling of the story, in French with English supertitles (conveniently placed as long as you don’t sit too close to the stage), is most concerned with paying homage to directorial technique.

It’s hard to tell, on one viewing, how much difference it makes that stage directions for this production change every night — a nod to the improvisatory feeling of the film. But this is a work of auteur theater, and in paring the film’s dramatis personae down to just three roles (the playwright is among those who didn’t make the cut), Mr. Teste has shifted the story’s balance to focus on the character who most intrigues him: the director. 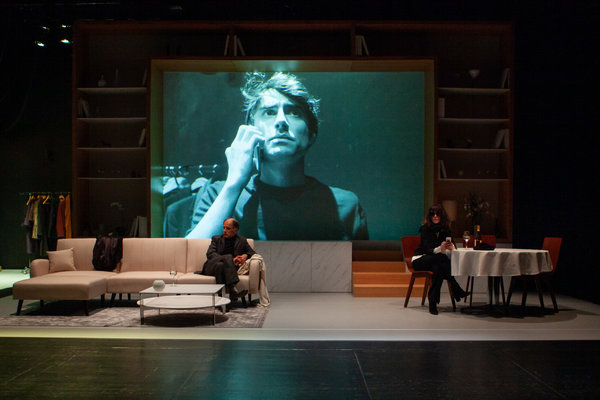 His ultra-virile name is Manny Victor, and in the movie he was played by a weaselly Ben Gazzara, which made any sexual heat between him and Myrtle seem a stretch. But Morgan Lloyd Sicard, who plays Manny here, is a beautiful young charmer, and the heat makes perfect sense; the camera caresses him as lovingly as it does the wide-eyed Ms. Adjani. The third role, played by Cassavetes in the film, is Maurice (Frédéric Pierrot), Myrtle’s actor ex.

Ms. Adjani is the big draw here, though, and it is not her fault that her presence seems somewhat squandered.

In most respects, this “Opening Night” feels less cruel than the original, and its ending, certainly, is gorgeous. But it is only in the last minutes of Mr. Teste’s production that Myrtle truly gets to be the focus, and Ms. Adjani’s performance then is wonderfully loose and tantalizing. It seems shortsighted not to have made space for more of that.

This information was last updated on Sept. 6, 2019