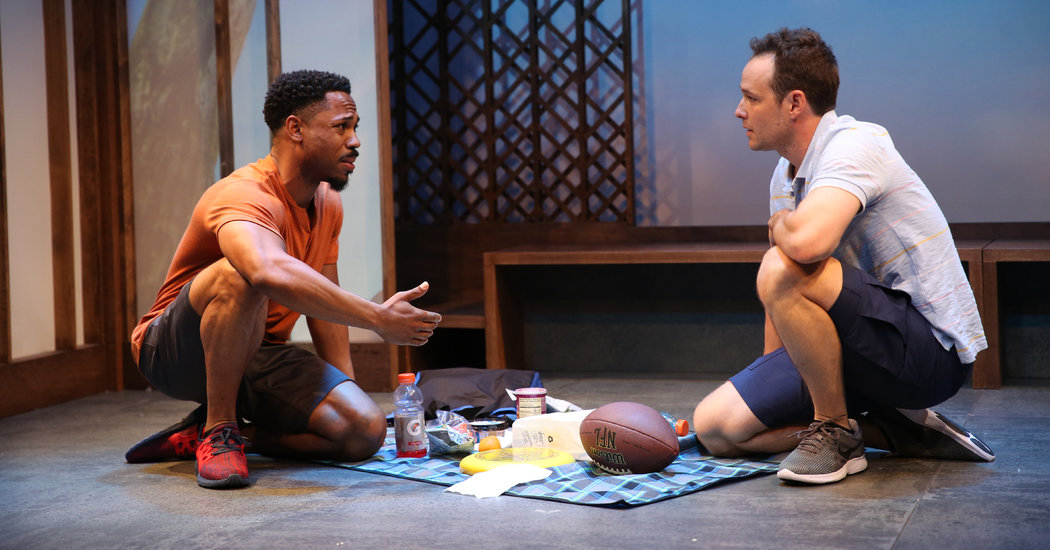 How we come together and what drives us apart are the overlapping themes in “Summer Shorts 2019: Series B,” a patchy evening of three short plays — running in repertory with “Series A” — at 59E59 Theaters. In Sharr White’s “Lucky,” a husband and wife reunite after years estranged; in Nancy Bleemer’s “Providence, a young married couple treat a case of wedding jitters; and in Neil LaBute’s “Appomattox,” two friends discuss racial reparations. 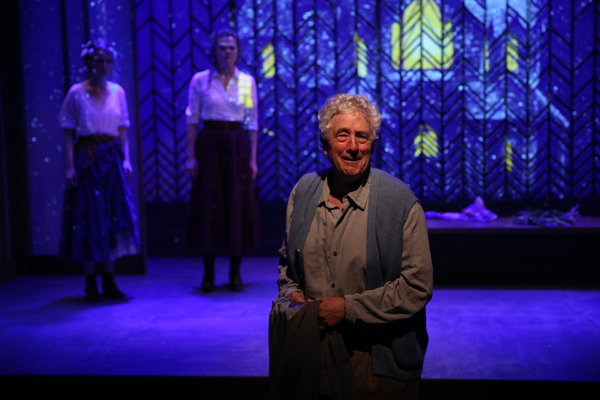 In “Lucky,” set in the late 1940s, Phil (Blake DeLong) has returned to his hometown after six years away. A former soldier, he left for the war and never came back, deserting his young wife, Meredith (Christine Spang). And now, on an implausibly rainy night — it has soaked the inside of her handbag, but not her shoes or coat — she has tracked him down. This is a fine subject for a drama, but Mr. White’s script, which has Phil answer in blank monosyllables, feels factitious and stagy. (J. J. Kandel’s stiff direction doesn’t help.) The play is at its most moving in its final moments, when the characters finally touch each other

Ms. Bleemer’s airy “Providence,” begins with a present-day couple already entwined. Renee (Blair Lewin) and Michael (Jake Robinson), in town for his sister’s wedding, have crammed into his childhood bed. But they can’t sleep, and neither can Pauly (Nathan Wallace), the groom-to-be. In reassuring Pauly and making cracks about Tampax and capons, Renee and Michael discover fissures within their own relationship. Ms. Bleemer’s playlet, directed by Ivey Lowe, is sweet, but not exactly weighty, as insubstantial as Michael’s much-laundered comforter.

Trust Mr. LaBute, an expert in the short form, to have more a consequential topic in mind. But Mr. LaBute is a Summer Shorts regular, and the better you know his plays, the less provocative you may find them. “Appomattox,” gamely directed by Duane Boutté, kicks off when Joe (Jack Mikesell) and Frank (Ro Boddie), old friends who like to meet for a protein-heavy picnic and a game of catch, find themselves discussing a plan, devised by Georgetown University freshmen, to repay the descendants of men and women the school had sold as slaves. Joe, who is white, finds the gesture moving; Frank, who is black, sees it as gesture, merely, and an inadequate one. They argue about what appropriate reparations would look like: Who should be paid, and how much?

There’s some decent back and forth until one character pushes too far (typical of Mr. LaBute) with a proposition that presents a woman as something less than a fully formed subject (also typical of Mr. LaBute). Then again, Joe and Frank don’t demonstrate much depth of character either. We learn nothing about their lives, other than that Joe wears Brooks Brothers shirts, an excuse for a reasonably interesting history lesson about current corporations that once profited from slavery. Joe is callow, Frank is angry — distinctions that verge on stereotype, then fall right in.