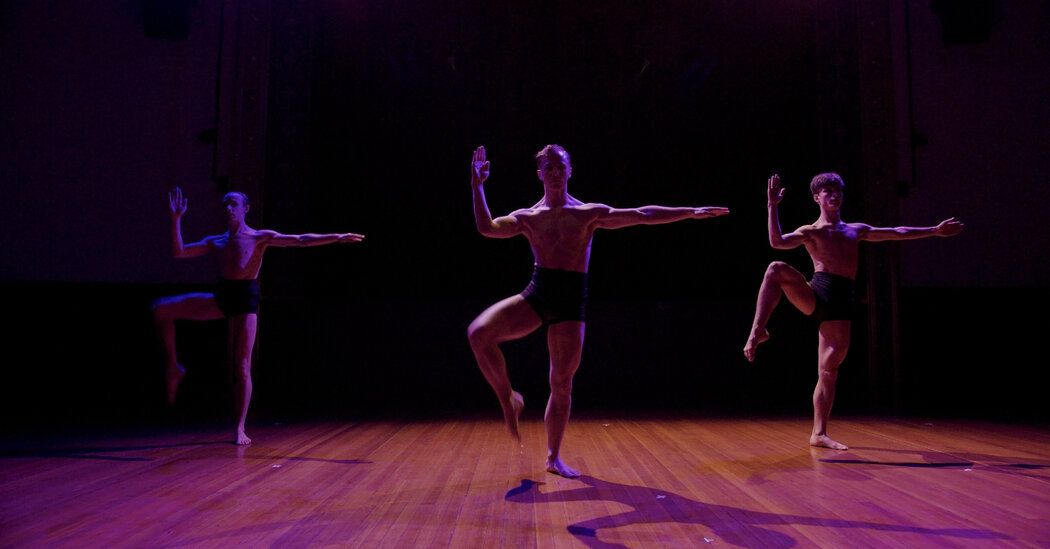 The choreographer Stephen Petronio is easing into veteran status, having formed his company in 1984 and created a steady stream of dances since. But when he was first figuring things out, Trisha Brown gave him — he was the first male dancer in her company — what every young dance artist needs. She rented him a space in the basement of her loft. “I had 5,000 square feet for a $100 a month for many years,” he said during a virtual Joyce Theater discussion in April, “and that launched my career.”

Now he is dedicated to giving back: One way is paying tribute to mentors from postmodern dance, like Brown, by presenting their early works in his company’s Bloodlines project. He also started the Petronio Residency Center in Round Top, N.Y., which has hosted bubble residencies this year for his company and other artists. All of this figures prominently in his new digital season, presented by the Joyce Theater and running through May 26.

For “Pandemic Portraits,” a film, Petronio’s dancers talk about their experiences in bubbles; it’s not especially enlightening, they’re grateful. A performance of Brown’s “Group Primary Accumulation” (1973), filmed by a drone, shows four supine dancers moving in unison on a small bridge over a creek. In each, the theme is clear: The past year has pushed Petronio and his dancers out of their element.

But haven’t we all felt that way? This program is less introspective than repetitive as it addresses by now well-worn ideas: isolation, yearning to touch, craving to make big movements. At times, it veers into sentimentality. Another challenge: To get the most out of the opening three works, it helps to have a fondness for Elvis Presley.

Two versions of the duet “Are You Lonesome Tonight” are included, one on film and the other for the stage; and Nicholas Sciscione, articulate and buttery, performs “Love Me Tender,” a solo created in 1993. The duets feature Ryan Pliss and Mac Twining in the stage version, filmed at Hudson House, and Lloyd Knight with Sciscione in the film, also shot there as well as in nature. 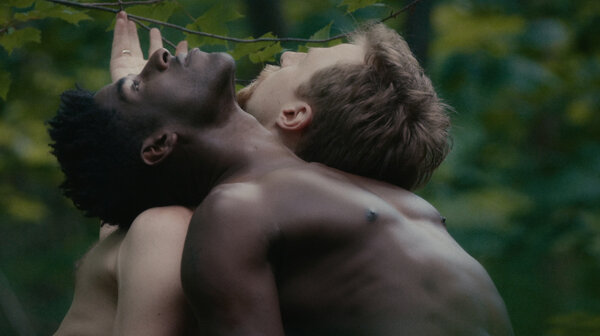 To the “Lonesome” lyrics “Now the stage is bare and I’m standing there/With emptiness all around,” Knight and Sciscione, bare chested, arch their heads back as water (from a waterfall?) spills onto their faces. There’s a point in which the moody combination — the dancing and Presley’s voice — starts to feel leaden. For me, tracking down and watching the “Elvis Drunk” version of the song helped. It lightened the mood.

This program seems to come more from a filmmaker’s point of view than a choreographer’s. The simple power of Brown’s “Accumulation,” a gorgeous work in which dancers execute gestural movement on their backs and eventually rotate 360 degrees, is diminished by the overhead shot. I started to feel dizzy; the cast — including, for the first time, a male dancer — looks like ants.

Part of Petronio’s aim is to place postmodern dances alongside his own works. How has he been influenced and shaped as an artist? In the premiere of “New Prayer for Now (Part 1),” three men, bare chested and in black briefs, echo the moored dancers of “Accumulation.” Even though they are standing, their movement is contained; their arms contract and extend as their torsos bend and twist even as the choreographic flow pulls them to the floor.

As “New Prayer,” set to music by Monstah Black and the Young People’s Chorus of New York City, develops, other dancers join in, their bodies converging into corporeal sculptures. There are close-ups of hands on legs, on backs, on shoulders. In other moments, dancers unravel like spools of silk across the space.

In “Absentia,” a limited-edition collaborative book about the company’s past year, Petronio writes, “I have been making steps my entire adult life, but this simple act of coming together in the same space and doing what we do is as joyful and filled with power as I can remember.”

Petronio’s new work, as its title indicates, is the first step of a choreographer finding his way back to his craft. What will his next steps be? It’s hard to know from this program; it already feels like a time capsule.