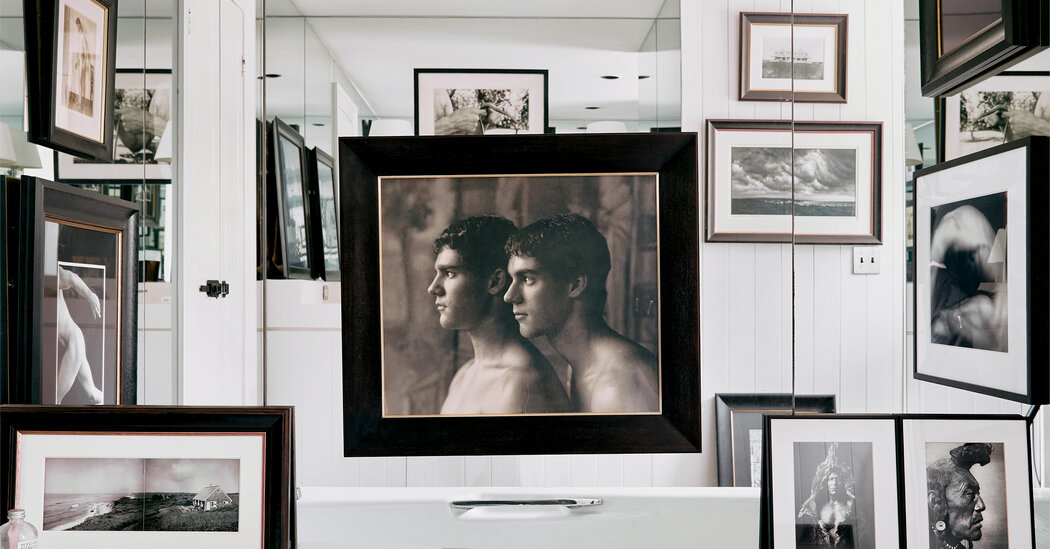 GROWING UP IN Denver, Neal Baer used to study the way straight men walked, how their legs moved with strides that seemed more declarative than his own. At school, he would lower the register of his voice. When he drank from a glass of water, he made sure to keep his pinky down. For as long as he can remember, Baer believed that being gay was an aberrance — and that to indulge it would lead to a lonely death. He rejected that part of himself, attempting to cure, or at least curb, his gayness through therapy and abstinence.

To an outsider, Baer entered middle age as a happily married straight man with a quirky career path that made him popular at dinner parties: In addition to being a Harvard-educated doctor, he also wrote and produced hit TV shows such as “ER” and “Law & Order: SVU.” But even as he helped introduce gay and trans characters to television, his desire gnawed at him, as did the attendant shame. In 2013, as his 60s loomed, he came out to his then wife and their college-age son; the relief he felt was immediate and transformative.

Endeavoring to make up for lost time, Baer, who had been a casual art collector, started buying work solely by gay artists, beginning with a colorful 1990 watercolor portrait by Don Bachardy of the writer Paul Monette, whose 1992 coming-out memoir, “Becoming a Man: Half a Life Story,” helped Baer do the same. Today, next to that painting of Monette is another work by Bachardy, from 2014, of Baer himself.

“I don’t know that the world can change for the better except with stories,” says Baer, 67, from the apartment he shares with his husband, the 37-year-old psychologist Brandon Weiss, which overlooks a secluded tangle of ginkgo, ailanthus and cork trees in Central Park known as the Ramble, where gay men have gone cruising since at least the 1920s. Presiding over Baer’s sofa like a patron saint of sodomy is a 1956 pencil drawing by Jean Cocteau of a harlequin dancing, his penis hanging out for all to see. Much of Baer’s collection includes subject matter he’d long considered taboo — maybe distasteful — and which he now displays throughout his home on Manhattan’s Upper West Side for the same reason gay bars screen vintage porn: as a way to carve out a space for himself and others like him where tolerance, even acceptance, of queerness isn’t enough. In these rooms, gayness is worshiped, championed, defended and shared.

Baer’s interest in queer art spans gender and sexual identities, but there’s an emphasis on work by gay men from the early days of the AIDS epidemic in the 1980s and ’90s, many of whom created in relative obscurity and have often been forgotten, only to be reclaimed in recent years by a new generation of collectors. In his living room, a stenciled stamp image titled “Jean Genet Masturbating in Metteray Prison (London Broil)” (1983), by the East Village multidisciplinary artist and activist David Wojnarowicz, hangs alongside a pair of almost Expressionist canvases depicting rare moments of comfort under the specter of death, “In the Closet” (1987) and “Reach” (1992), by the lesser-known painter Hugh Steers, whose uncle was Gore Vidal and whose mother was related to Jacqueline Kennedy Onassis. There’s also an etching of objects associated with incarceration — a bar of soap, a razor blade — called “77th Precinct” (1987), after what was then considered a New York Police Department dumping ground for dirty cops, by the Lower East Side-based Chinese American painter Martin Wong, who used to subsidize his income as an artist by buying undervalued antiques from flea markets and selling them for more money to auction houses; portraits by Peter Hujar, the eminent chronicler of New York’s downtown scene, of Darrel Ellis, “Darrel Ellis (III)” (1981), taken when the mixed-media artist was 23 and starting out, and of Hujar’s friend and former lover the painter and sculptor Paul Thek, “Paul Thek Showering, Fire Island” (1966). Next to them is a self-portrait circa 1991 by Ellis, a contemporary of the so-called Pictures Generation who will have his first major show, co-organized by the Baltimore Museum of Art and the Bronx Museum of the Arts, later this year.

A selection of work by gay male artists who lived and died during the AIDS era. Here, Joe Brainard’s “Pansies” (1968).