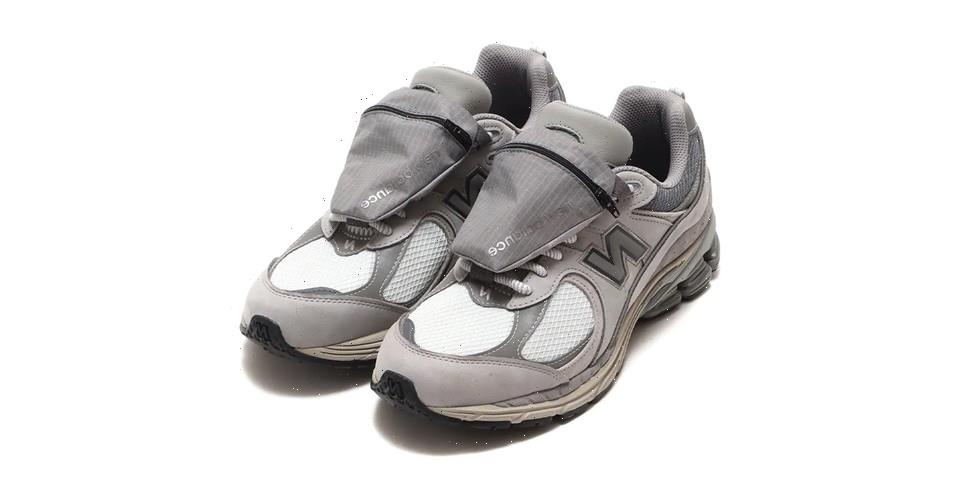 In 2020, New Balance announced the return of the New Balance 2002. Introduced in 2010, the silhouette gained some traction but nothing like the push it has seen since its reintroduction. Presented as the 2002R, the updated version features modern New Balance technology and has been reworked by the likes of Salehe Bembury and Bryant Giles.

Now, New Balance presents the 2002R with a removable mesh pouch on its upper. Found in New Balance’s signature gray, this offering of the model utilizes a knit mesh upper with gray leather overlays. An off-white ACTEVA LITE midsole complements the look while standard branding elements combine with tonal “new balance” text on the functional pouch. The rubber outsole favors black to complete this colorway of the 2002R.

For those interested in grabbing a pair of this fresh take on the New Balance 2002R, New Balance and select retailers in Asia such as atmos Tokyo are set to launch the pair this week. Priced at ¥19,800 Japanese Yen (approx. $144 USD), this New Balance 2002R colorway will hopefully see a global release in the coming months.

Elsewhere in the world of footwear, New Balance has officially introduced the 9060.
Source: Read Full Article