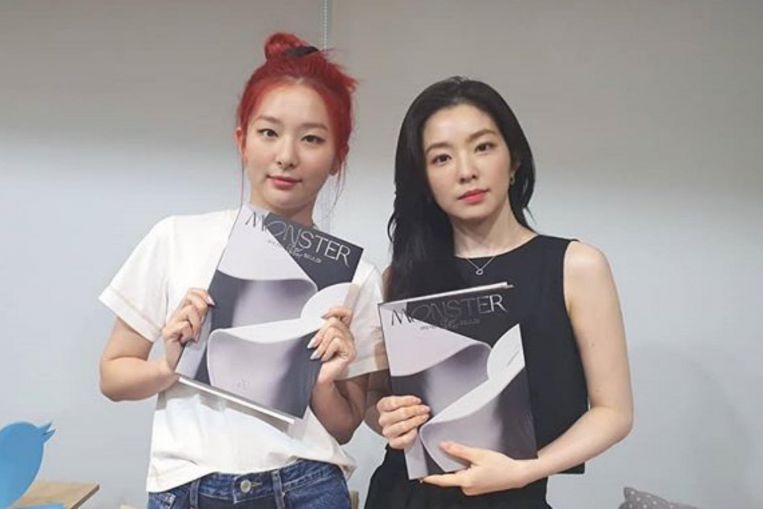 SEOUL – There will be a splash of read at the TIME100 Talks this month. According to South Korean pop culture news outlet Soompi, Red Velvet’s Irene and Seulgi will be performing at the event next week.

The TIME100 Talks, organised by Time Magazine, is an online conference series that brings together an ensemble of trailblazers and leaders from a range of fields.

Launched in April this year, the talks hope to spotlight innovative solutions to problems the world faces in the 21st century, as well as encourage cross-disciplinary collaboration.

The next episode, which will be released next Tuesday (Aug 18), focuses on global leadership and features United Nations Secretary-General António Guterres, and actress Michelle Yeoh, actress who is also a UN Development Programme (UNDP) Goodwill Ambassador.

According to TIME, the duo will be treating attendees with a special performance. Red Velvet – Irene & Seulgi released their first extended play, Monster, last month.

This is not the first time a K-pop group has performed at the TIME100 Talks series. In June, South Korean boy group MONSTA X delighted fans with performances of Someone’s Someone (2020) and FLOW (2020) at the TIME 100 Talks: Finding Hope conference, which discussed the rebuilding of the post-pandemic economy.

This is also not Red Velvet’s first participation in a prestigious diplomatic event. The SM Entertainment four-member girl group, which formed in 2014, were the only K-pop group to perform for North Korean leader Kim Jong Un in 2018’s Spring Is Coming concert – a peace concert aimed at improving relationships between the two Koreas – in Pyongyang.