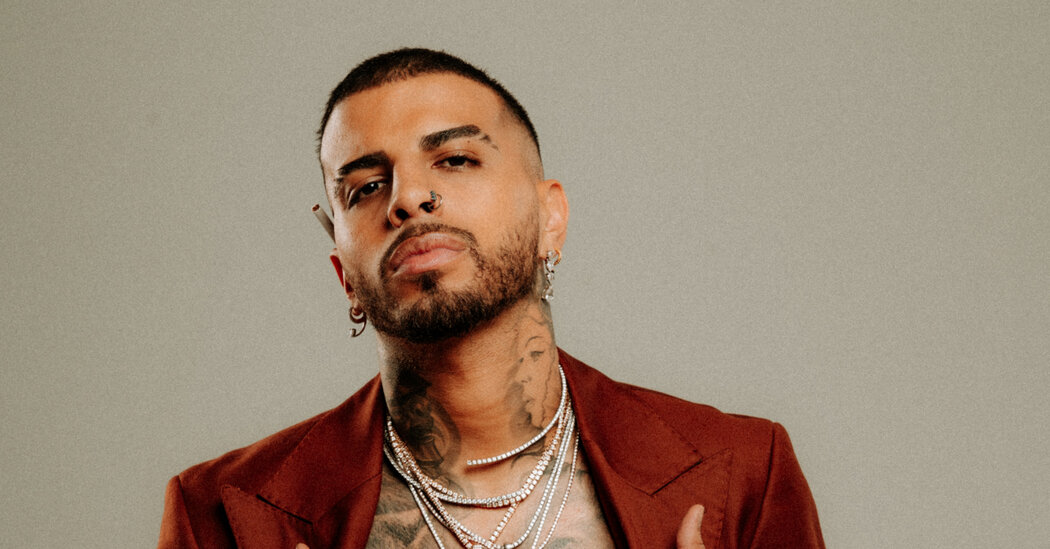 “¿Cuándo fue?,” the 10th track from Rauw Alejandro’s new album “Vice Versa,” provides an unexpected jolt. As the Puerto Rican singer mourns the departure of a lover, the producer Tainy blends rivulets of synths and delicate percussion, allowing them to bleed into a hiss of hot air. Suddenly, a skittish breakbeat drops, plunging the track into rave territory. The transition is like a static shock, the equivalent of shuffling across the floor in warm socks and touching a doorknob.

Ten years ago, it was perhaps unimaginable to hear this kind of moment on a mainstream Spanish-language star’s album. But Alejandro refuses to be pigeonholed into one sound. The 28-year-old artist has quietly emerged as a musical renegade, even as he’s maintained a commanding presence in the upper echelons of Latin pop.

“Vice Versa,” which follows last year’s “Afrodisíaco,” elaborates on that vision, embracing melody and an unflinching (but calculated) desire to implode the traditional structures of pop and reggaeton. The album traverses the lines of house music, baile funk, bolero and beyond, shirking convention and reveling in the thrill of boundlessness. No matter the genre, Alejandro assumes the role of a playboy, delivering songs of love, lust and bombast.

Alejandro surfaced from the creative playground of SoundCloud in 2014 with his first mixtape, “Punto de equilibrio.” “Trap Cake, Vol. 1” was his first formal release, a 2019 EP that positioned him as a forerunner of the putative Spanish-language R&B movement. But he shed that label with “Afrodisíaco,” which signaled a desire to jettison the constraints of genre. It included requisite features from reggaeton and trap heavy hitters like J Balvin and Anuel AA, necessary for any newcomer hoping to establish his relevance. But it also dabbled in house and synth pop, suggesting Alejandro had more ambitious designs in mind.

“Vice Versa” expands on those experimental endeavors, partially bolstered by the work of Tainy, the mad scientist behind some of Bad Bunny’s most virtuosic, boundary-pushing tracks. Alejandro draws on elements of club culture on the album’s other songs, too: “Cosa guapa” — produced by Eydren Con El Ritmo, Mr. NaisGai, El Zorro, Kenobi and Caleb Calloway — opens as a not-quite-dancehall elegy for a former flame, but transforms into vengeful deep house, pierced by eerie sirens and the liquid groove of a four-on-the-floor rhythm. “Let me tell you something,” Alejandro warns in English. “I don’t need you anymore.”

Though electronic music is the protagonist of Alejandro’s innovation on “Vice Versa,” he ventures into other worlds too. “Brazilera,” which features the Rio de Janeiro-born superstar Anitta, is a delicious romp into baile funk, the familiar boom-cha-cha-cha-cha of the genre slowing to a reggaeton tempo about halfway through, only to accelerate back into its original lightning speed seconds later. Anitta peppers the track with a coy dance-floor command that demands to be yelled at full volume at the club after 15 months of confinement.

Taken together, these maneuvers are signs of a necessary expansion of potential for Alejandro and Spanish-language pop at large. Much of the mainstream music topping the Billboard Latin charts today falls into predictable templates, diluting the most dynamic elements of reggaeton into a pop format — a reality that has produced much-needed critiques surrounding the genre’s whitewashing. For the most part, Alejandro sidesteps that pitfall by drawing from a more eclectic palette.

Alejandro’s experimentation isn’t always successful, though: “Nubes” is saccharine pop-reggaeton engineered to be a radio hit, while “Tengo un pal” is anodyne trap-pop that leans a little too heavily on facsimiles of Travis Scott ad-libs. But the valleys of “Vice Versa” are few and far between. With his collaborators and beatmakers, he has drawn a blueprint for the freakier possibilities of Spanish-language pop. Now their peers will have to learn to catch up — or be consigned to a lifetime of making watered-down reggaeton.