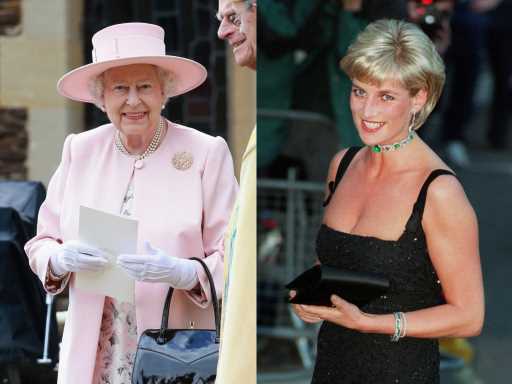 Those of you who have been watching The Crown season 4 will know by now that Olivia Colman’s Queen Elizabeth II is missing her sensitivity chip, to borrow Jennifer Aniston’s phrasing. While the Queen initially took a liking to the young Lady Diana Spencer, soon to be Princess Diana, as seen in the Balmoral tests, her patience with the princess soon waned when it became clear that she wasn’t adjusting well to royal life. When Diana went to her for help, the queen was irritated rather than sympathetic — and unfortunately, Diana herself can be heard confirming her relationship with the monarch was even worse than the Netflix series would have us believe.

Before her death, Diana recorded a series of tapes with speech coach Peter Settelen first released and broadcast by NBC in 2004, in which she details going to her mother-in-law for help and being denied, much like we see on The Crown.

“So I went to the top lady, sobbing, and I said ‘What do I do? I’m coming to you, what do I do?’ And she said, ‘I don’t know what you should do. Charles is hopeless.’ And that was it, and that was help,” she says. “So I didn’t go back to her again for help, because I don’t go back again if I don’t get it the first time.”

While these more recent tapes confirm that specific encounter with Her Majesty, even earlier tapes — those used by Andrew Morton for his bombshell 1993 biography Diana: Her True Story — depicted a staggeringly awful moment between Queen Elizabeth II and Diana, pregnant with William at time. It’s an infamous incident, but one in which the queen’s role is rarely discussed.

“‘I threw myself down the stairs. Charles said I was crying wolf, and I said I felt so desperate and I was crying my eyes out and he said: ‘I’m not going to listen. You’re always doing this to me. I’m going riding now.’ So I threw myself down the stairs,” Diana said. “The Queen comes out, absolutely horrified, shaking — she was so frightened … Charles went out riding and when he came back, you know, it was just dismissal. Total dismissal.”

It’s clear from both Diana’s own accounts and even fictionalized series The Crown that, in a mismatch this catastrophic, there were signs of Diana’s decline and of the instability of their union. No one can lay blame at the Queen’s feet for her daughter-in-law’s failure to adapt to royal life. But picturing the scene Diana described, we have to hope more could have been done by everyone in the royal family than continuing to look the other way through a second pregnancy.

In other words, The Crown is just the tip of the iceberg when it comes to Diana and the Queen. But we’re glad that Netflix left it the way they did.