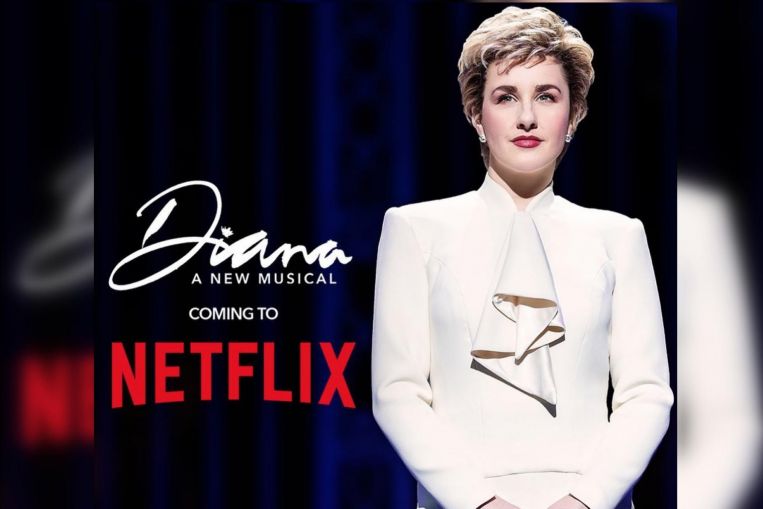 NEW YORK – The Great White Way will have to wait. Diana, a musical based on the life of the Princess of Wales, will be making its debut on Netflix first instead.

The show had been expected to premiere on Broadway on March 31 this year but New York’s theatre district was forced to shut down in mid March because of the virus.

The musical is now slated to premiere on Broadway in May next year.

However, fans of the royal family can still catch the production on Netflix from Aug 12.

The producers said in a statement: “We speak for the entire company when we say that we couldn’t be more excited to finally be able to share our show with theater lovers everywhere.”

“Though there is no substitute for the live theater, we are honoured to be a part of the quality entertainment that Netflix provides its subscribers worldwide.”

Diana, which follows the People’s Princess’ courtship and marriage to Prince Charles, as well as their eventual divorce, is not the first musical to be offered digitally.

Disney Plus recently won big with a taped version of Lin Manuel Miranda’s Hamilton which follows the life of Alexander Hamilton, one of America’s Founding Fathers and the country’s first treasury secretary.

Netflix is also no stranger to the theatre, having hosted works including American Son with Kerry Washington, Springsteen on Broadway, as well as Nick Kroll and John Mulaney’s Oh, Hello.

However, Diana marks the first time a show will be available to the public digitally before patrons can buy Broadway tickets.