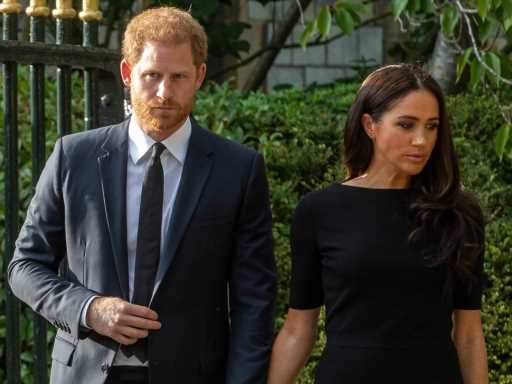 Things have been fairly quiet on the royal family front after Queen Elizabeth II’s state funeral, but with the period of mourning officially over, the family feud is starting to heat up once more.

In a show of passive aggression, Prince Harry and Meghan Markle‘s photos have been pushed to the bottom of the royal website, with Meghan’s photo just above the disgraced Prince Andrew’s. The Duke and Duchess of Sussex were previously listed just after Princess Anne, but now, Prince Richard, the Duke of Gloucester, Prince George, the Duke of Kent, and Princess Alexandra are all listed above Harry and Meghan. The only royal family member positioned lower is Andrew.

This latest demotion comes after a slew of slights made toward the Sussexes during the Queen’s funeral events. Harry was initially barred from wearing his military uniform to events honoring the late Queen, until King Charles fell under public pressure to allow his son to wear his regalia to Queen Elizabeth’s vigil. Even so, Harry was not allowed to wear the Queen’s initials on his uniform as other members of the royal family did.

Harry and Meghan were also slighted during the Queen’s state funeral, as they were made to sit in the second row rather than upfront with the rest of the royal family. And then there was Harry’s rumored disinvitation from dinner with his father and brother, and claims that he learned of the Queen’s passing just minutes before the palace made the public announcement.

Things are clearly still very frosty between the royals, despite olive branches extended by King Charles and Prince William and the Sussex’s willingness to meet them halfway. It seems that with every step forward to repair the estranged relationship, the royal family opts to take five steps back, putting Harry and Meghan in their place time and time again.

Before you go, click here to see more of Meghan Markle & Prince Harry’s milestones since leaving the royal family. 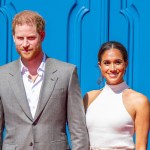