Prince George looked like he was having a ball at England’s soccer match against Germany on Tuesday.

The 7-year-old royal attended the UEFA Euro 2020 game at Wembley Stadium alongside his dad, Prince William, and mom, Kate Middleton.

It was surely a special solo outing for the youngster, as he was without his siblings Princess Charlotte and Prince Louis.

George matched with both of his parents, wearing a smart navy jacket with a light blue shirt and a navy tie with red and blue stripes ― much like his dad. 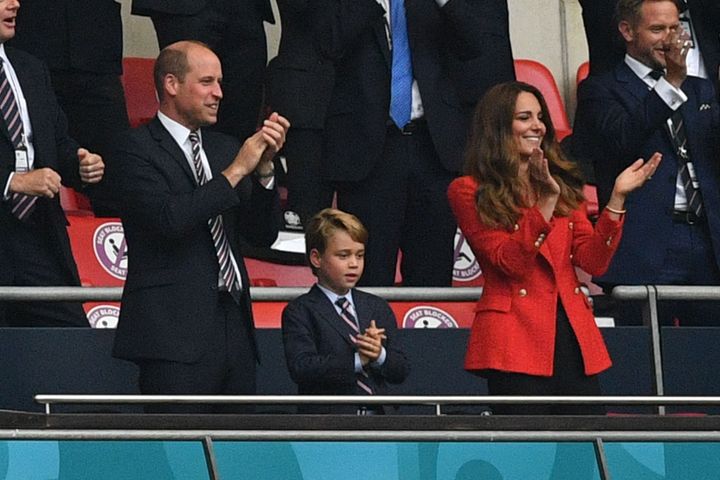 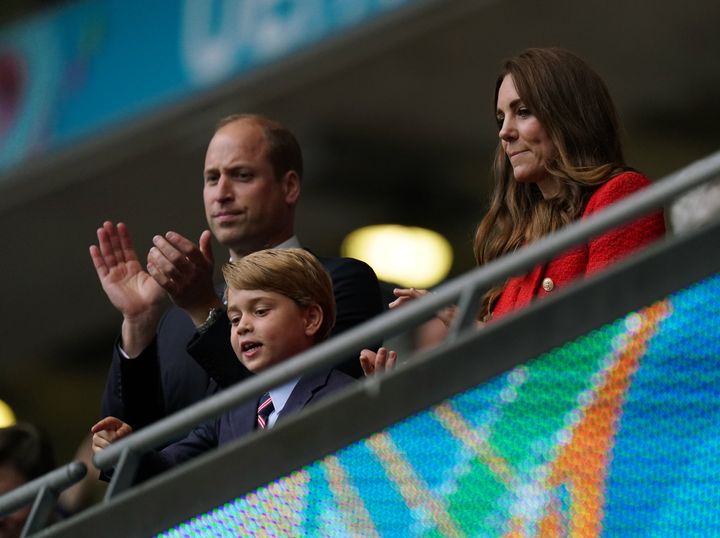 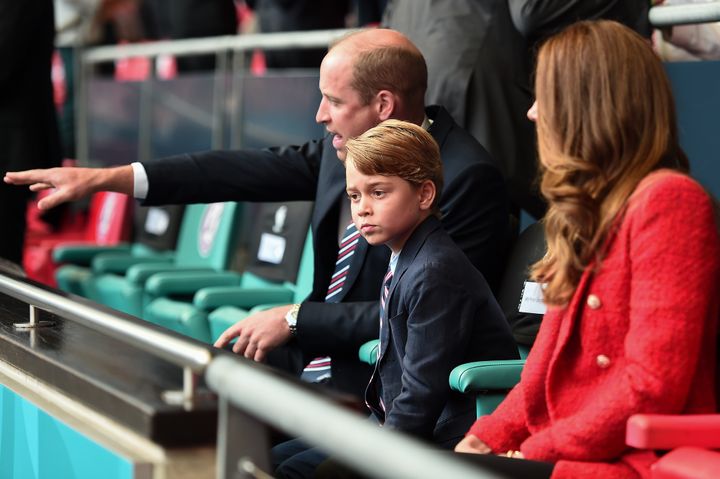 The Cambridges were in good company at the game, as Ed Sheeran and David Beckham sat just a few seats behind the royals.

The former soccer player is a close friend, as he and wife Victoria Beckham attended both William’s and Harry’s nuptials. Sheeran has also participated in a royal engagement with the Duke of Sussex (and gotten slashed in the face with a sword held by Princess Beatrice). 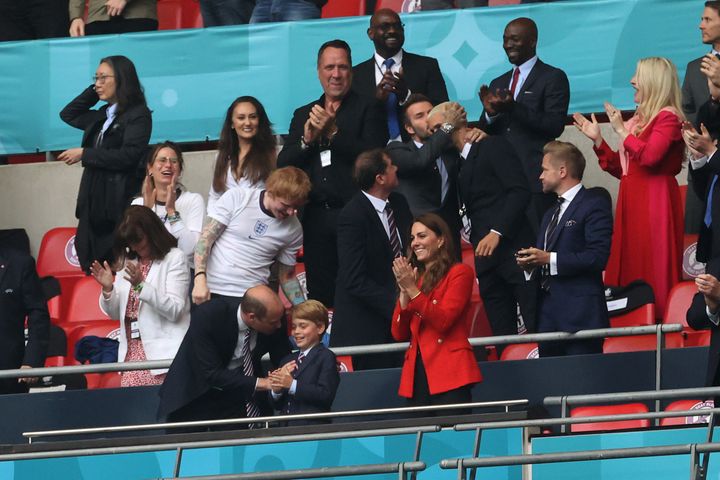 The Duke and Duchess of Cambridge’s social media accounts shared photos of the family outing with an enthusiastic caption cheering on England’s “incredible performance” and win.

A post shared by Duke and Duchess of Cambridge (@dukeandduchessofcambridge)

George appears to be an ardent soccer fan, as he was pictured cheering excitedly for William’s favorite team, Aston Villa, when he attended a game with his family in October 2019.

He also donned an England jersey for his birthday portraits last year, taken by the Duchess of Cambridge.

Royal watchers will have another birthday portrait on the way soon enough, as the eldest Cambridge offspring will celebrate his 8th birthday on July 22.

A post shared by Duke and Duchess of Cambridge (@dukeandduchessofcambridge)

For more photos of Prince George through the years, see below: